The second vice president, Yolanda Díaz, has announced that she will begin the process of listening to the new platform that she is promoting on July 8 in Madrid, coinciding with the celebration of LGTBI Pride, and has already informed all parties of the start of this phase of United We Can. 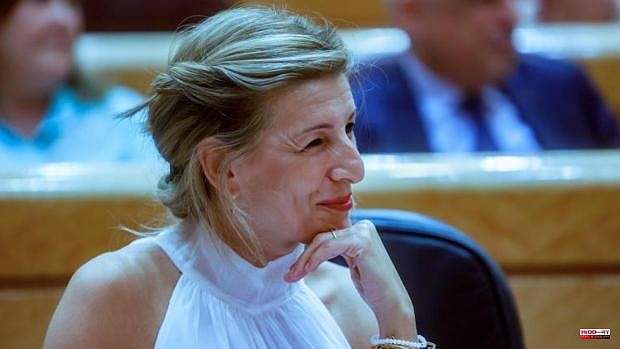 The second vice president, Yolanda Díaz, has announced that she will begin the process of listening to the new platform that she is promoting on July 8 in Madrid, coinciding with the celebration of LGTBI Pride, and has already informed all parties of the start of this phase of United We Can.

This has been advanced in statements to 'La Sexta' while sources from his environment have explained to Europa Press that this morning the Madrid City Council, by the 'Sumar' association, requested the holding of his first act. "I want to add with everyone, I do not want to exclude anyone," he has sentenced.

Díaz has expressed that she is “very happy” to start this process in the middle of Pride week, which visualizes the “diversity” and “joy” of the “modern, ecological, inclusive and feminist” country that she wants to consolidate.

Likewise, he has insisted that, as of that date, he is going to tour "all of Spain" and has already informed the parties of the confederal space of the start of this listening process, which will last approximately six months, and which will be focused on the “citizen protagonism”.

«What is relevant now is to talk about ideas, about the projects that Spanish society needs in the 21st century. A project for the next decade and for this we need to listen a lot and I am going to speak very little. I want to listen to specialists in health, taxation and energy", stressed the head of Labor to emphasize that this platform is going to "mix" "many people".

The current leader of United We Can in the Executive commented on May 9 that after the Andalusian elections she was going to reactivate the listening phase, which she put on hold due to the crisis of the war in Ukraine, in what is the first step towards that future platform.

During these months he has left some brushstrokes of this new project, which he faces with enthusiasm and which aspires to build an alternative to broaden the progressive bases, especially with the aim of eradicating the disaffection between citizens and politics that different polls show.

Above all, he has emphasized that the leading role will lie with civil society and that this stage will unfold independently of the political parties, with whom he wants to count on his platform, although their role should be secondary. She has also pointed out that after the listening process she will make a decision on whether she is finally a candidate for the elections.

To help her in this phase, the 'Sumar' association has been set up, which evokes one of the main slogans of the second vice president. She will organize the events of this consultation phase with different agents of civil society.

In this way, from his team they explained that this entity does not constitute either Diaz's platform or a political party with a view to the general elections, since that decision has not been made and will be determined in his case collectively.

In line with the philosophy of the projects, the statutes of the association include the commitment to "foster and strengthen" civil society participation in politics to "improve democratic quality", in addition to "contributing to the development of critical thinking".

1 The Eco-schools program of the Toledo Provincial Council,... 2 Health chooses the General Hospital of Valencia as... 3 Cervezas Arriaca obtains the IFS Food international... 4 Aragonese, convinced that Junts will not leave the... 5 Four million euros in sleepers to rebuild the historic... 6 President of Poland: "Did the Allies Phone Hitler... 7 After Mbappé, Macron pushes for Zidane 8 EU court ruled that UK citizens living in EU countries... 9 They create a heated tray via USB to keep food warm... 10 Rueda warns that Galicia "will react" if... 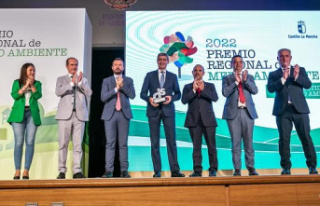 The Eco-schools program of the Toledo Provincial Council,...