He asks for caution given that the name of the association that will organize this consultation phase must be confirmed by the Ministry of the Interior. 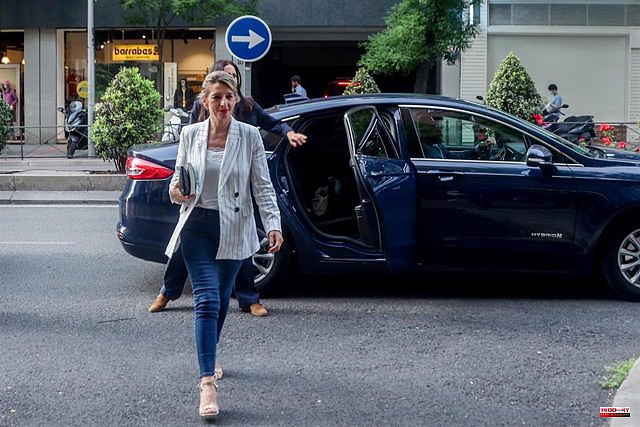 The second vice president, Yolanda Díaz, has highlighted that she is "excited" about starting her listening process with the help of the 'Sumar' association, a concept with which she feels "comfortable" although she has specified that it does not constitute the name definition of his future political project.

In fact, he has asked for "caution" because the name of this group, which will serve to organize this phase of consultation with civil society, has not been formally confirmed in the Ministry of the Interior and is awaiting completion of the administrative process.

Speaking to the press before participating in the forum 'The work of the future and the future of work', Díaz has confirmed the request to form this new association with the aim of undertaking said listening process, which is "the only thing he intends" is "to form a world of ideas to project a different country".

This first step towards the new platform that it promotes will start after the Andalusian elections on June 19 and, as it has explained on previous occasions, it will last around six months before concluding what its future will be. Of course, she is confident that "many people" can join this consultation process.

Therefore, the vice president has explained that she feels comfortable with the "verb to add", since it implies "expanding democracy, fundamental rights, environmentalism and feminism", in addition to showing commitment to equality policies.

The request for the registration of this group, whose purpose is to organize the acts that will bring Díaz together with civil society, was registered between the end of March and the beginning of April and is waiting for the Interior to confirm the chosen name, something that will be It is estimated for the end of June or the beginning of July, given that the procedure lasts about three months.

The constitution has been carried out, according to sources close to the vice president, by people close to Díaz but with an anonymous profile, although some figures stand out among them, such as the university professor and mayor of Compostela Aberta, Marta Lois, a figure who with the philosophy of the project since it is not part of any political party.

They also highlight that the request and name of the collective was known by a reduced number of Díaz's collaborators, but the parties of the confederal space were aware of Díaz's generic plans to articulate this listening process through an association.

And it is that this instrument was the most appropriate from the legal point of view to deploy a consultation phase autonomously, given that from the beginning it has been decided to organize this process independently of the parties.

In fact, the second vice president has remarked on several occasions that her intention is for civil society to have a leading role in this process and she also wants the parties to be on this platform, but with a secondary role.

In addition, he has commented that his objective is to build a platform that attracts large majorities and is not limited to being on the "left of the PSOE", a space that he called "small" and "marginal".

The revelation of the name of the group that will help him in this consultation phase coincides with several gestures of closeness to leaders outside his current political space.

For example, yesterday, together with the leader of Más País, Íñigo Errejón, he supported the spokesperson for Más Madrid in the Assembly, Mónica García, during the presentation of his book 'Politics without anesthesia'.

During the last dates Díaz and Mónica García have coincided in various events, such as in the demonstration for the International Workers' Day on May 1 and, recently, during the celebrations of the Madrid festival of San Isidro.

In the San Isidro meadow, he also greeted Errejón, with whom he had already shared a presentation ceremony for the committee of experts to analyze the impact of job insecurity on mental health, where the deputy highlighted the "magnificent" relationship with the head of Work and "political harmony" in many subjects.

For their part, Díaz and García participated last November in an act of progressive leaders together with the mayor of Barcelona, ​​Ada Colau, and the Valencian vice president and leader of Compromís, Mónica Oltra, an event that did not include representatives of Podemos.

An appointment that, due to its symbolism, aroused debates about possible alliances between leftist forces, although all the protagonists downplayed the importance of the act, consisting of exposing their respective political experiences.

Meanwhile, Díaz will not attend the Podemos 'Spring Festival' that is being held this weekend in Valencia, as happened with his absence at the 'Autumn University' that organized the party last year. And it is that in circles of the confederal space they perceive a distance between Díaz and the purple formation.

The formation of the coalition 'For Andalusia', after an 'in extremis' negotiation, has caused tensions between United We Can, according to various sources, and has eroded relations between the two main forces in the space: Podemos and IU and between different agents of the confederate space

In the negotiation of the confluence, the team of the second vice president was involved, who mediated between the different parties to achieve a candidacy of unity on the left. In fact, it will be the first time that Podemos and Más País concur together after the split that took place in 2019.

And it is that several sources of space recognize that there was a national key in these negotiations, in order to mark positions in the future formation of the broad front at the state level.

The former vice president Pablo Iglesias also recently spoke out about the mess in Andalusia, stating that Díaz's new project began in "the worst possible way" after the clash between IU and Podemos, claiming for the future for primaries so that "the people" decide the candidate among the different proposals.

"Yolanda Díaz intervened and said that the candidate had to be the one from IU. We can square it because the boss says so, even if we don't agree, and we have to accept it," he said in statements to Cadena SER.

1 The trial of CUP deputy Eulalia Reguant for disobedience... 2 The fallout from the capture of Azovstal 3 The ICRC asks for access to Azovstal prisoners of... 4 Trump proteges disappoint 5 Urkullu denounces the "bargaining to Justice"... 6 Ada Colau will opt for a third and "last"... 7 1,730 Ukrainian servicemen from Azovstal have surrendered... 8 Seven out of ten women want access to the pill without... 9 Why does silence bother us so much? 10 [PHOTOS] Montreal: a vehicle ravaged by arson in Rosemont 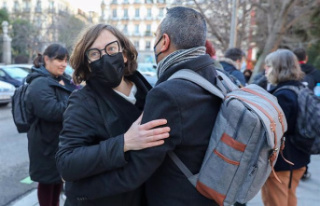 The trial of CUP deputy Eulalia Reguant for disobedience...