Yolanda Díaz criticizes the behavior of the emeritus, who subjects the monarchy to an "ordeal" by not explaining his behavior 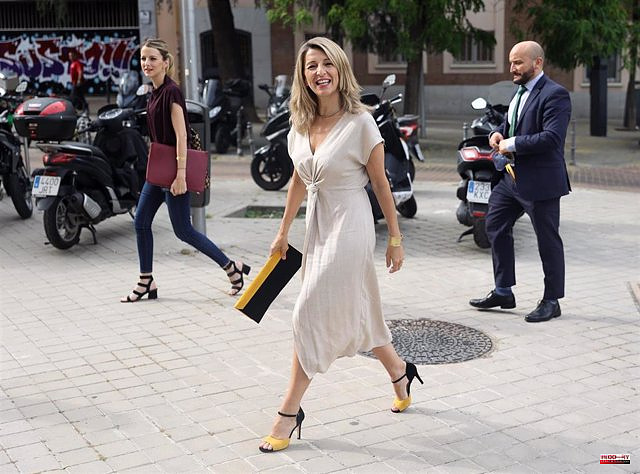 The second vice president, Yolanda Díaz, has criticized that the behavior of King Emeritus Juan Carlos I on his return to Spain is a "mistake" and "damages" the monarchy, since it subjects this institution to "ordeal" and "agony" every time it delays the necessary rendering of accounts to the citizens regarding its presumed irregularities

This has been transferred to the media after attending the presentation of the new scholarships and professional certificates from Google and questioned by the arrival of Juan Carlos I at the Sanxenxo yacht club (Pontevedra), where he has been received by dozens of people who have acclaimed with cheers of "Long live the king!" and "Long live Spain!"

For the also head of Labor, behaviors such as those that are currently being seen with the emeritus erode the institutions and have warned that extending a position of not giving explanations for their conduct harms the Royal House.

"I think that the longer it takes to give explanations, the more the institution (the monarchy) is damaged and the less understandable it is for a citizenry like the Spanish, which demands levels of accountability and knowing what has happened," he said. Diaz.

Therefore, he has described as "very bad" turning this attitude of non-accountability into a "kind of ordeal", which does nothing more than "hinder" the work of the crown, which, like all other institutions, must be "absolutely exemplary".

"I think that the king emeritus should give explanations to our country. I insist, every minute that passes without giving explanations widens mistrust in the institutions. It is a mistake to transfer an agony to a process that is irreversible," he has settled to regret also, as Galician, that they are talking about Sanxenxo due to the return of the emeritus instead of being a town of "light and sea".

1 Alonso charges against the referees: "The stewards... 2 Leopoldo López, on Ukraine: "The fight for your... 3 Former Police Director Eugenio Pino, sentenced to... 4 The Granada City Council of Salobreña removes Olona... 5 The CNMC analyzes in depth the purchase of Alquibalat... 6 They investigate a gang rape of a young woman leaving... 7 Sainz: "Hopefully the improvements give us some... 8 Successful participation in the charity gala dinner... 9 A study shows that the common mosquito does not transmit... 10 Education will increase the number of language assistants... 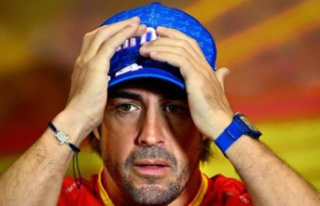 Alonso charges against the referees: "The stewards...