In China they imitate everything and very well, so much so that sometimes you don't even notice the difference with the original. 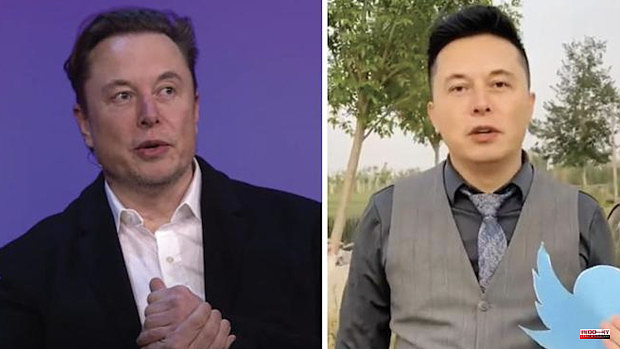 In China they imitate everything and very well, so much so that sometimes you don't even notice the difference with the original. That is what has happened to Tesla founder Elon Musk, who has one of his biggest factories in Shanghai. But the American tycoon has not only copied his electric cars, of which some models very similar to his are already circulating in China, but also himself.

With an extraordinary resemblance, a Chinese transcript of Elon Musk is also moving at full speed through social networks. He is a young man who, continuing with the trolling, calls himself Yilong Ma, which resembles the Mandarin pronunciation of the billionaire's name.

Dressed in dark jackets or gray suits with a vest and tie, in his TikTok videos he appears next to a black Tesla and, reading English with great difficulty from his mobile phone, he introduces himself as the “Chinese Elon Musk”. When he smiles, he is so similar to the famous tycoon that videos of him are all the rage and some have already had fourteen million views. With almost four million likes and more than 268,000 followers, it has gone so viral that it has piqued the curiosity of Elon Musk himself.

"I'd like to meet this guy (if he's real). Hard to tell with the 'deepfakes' (fake images of celebrities) these days," the billionaire wrote on Twitter in early May, referring to computer programs that allow a person's face to be changed in videos. Picking up the glove, his Chinese twin immediately invited him to visit. "I want to give my brother a ride in my Tesla!" He wrote in the captions of his video by way of welcome.

Exploiting his character as 'Elon Musk's brother' to the fullest, the Chinese clone has even intervened in his playful way in the controversy over the purchase of Twitter. "This is my bird," he says in a video showing the symbol of said social network, which is blocked in China and requires a paid connection to a foreign server (VPN). “This is a free bird. I like him and I'm going for him because Elon Musk is my brother, "says the comment of the images.

Coincidence or not, surely the latter, Yilong Ma himself has also been censored in China. While his Douyin account, the local version of TikTok, has removed all its content, his Weibo profile has been banned for "a violation of laws." “All the videos on the platforms are transferred. I only have TikTok. I love you”, assures the Chinese copy of Elon Musk in his presentation on this social network.

The reason for this censorship is unknown, but the Beijing regime usually blocks all content that it considers sensitive. The authorities should not be very amused when one of their citizens becomes famous for looking like a Westerner who, moreover, is one of the richest in the world.

Although his popularity has skyrocketed in recent weeks, his videos began circulating on Chinese social media in November last year. "I may be part Chinese," Elon Musk then hinted at the enormous resemblance. But what is not known is whether his Chinese twin is real or a deeply fake copy thanks to mobile applications to change faces in videos.

1 Alpes-de-Hautes-Provence. Meolans-Revel : Following... 2 Drome. Loriol-sur Drome: A series of burglaries that... 3 Vaucluse. Vaucluse: The true migrant, but false minor... 4 Federal 2 / Rugby Hugo Colliat is the opener for Voiron... 5 Savoy: Exit. Europe at stake for Chambery's handball... 6 Ardeche. Aubenas Basin: Mobilized against the asphalt... 7 Kyiv wins the battle for the European oil embargo.... 8 Hobbies. Drome: A mini transhumance in Allan Sunday... 9 WHO: Monkey pox is not a pandemic threat. 10 WHO says that the tobacco industry has had a 'disastrous"... 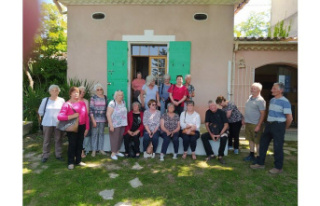