The president of the Generalitat, Ximo Puig, will not submit to the scheduled control session next week in the Valencian Parliament. 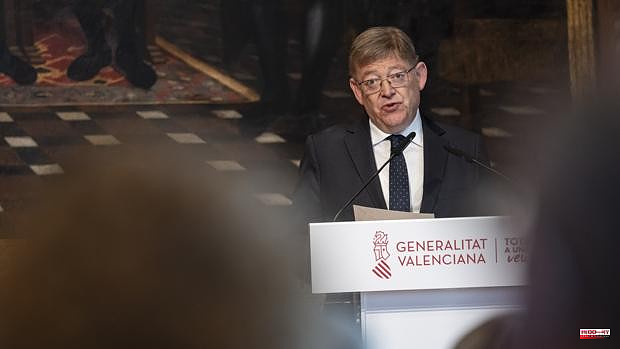 The president of the Generalitat, Ximo Puig, will not submit to the scheduled control session next week in the Valencian Parliament. The head of the Consell has informed the regional parliament of his absence during the plenary session to be held on Wednesday 25 and Thursday 26 May, alleging that he will lead a Valencian business and institutional delegation that will travel to Lisbon.

It is, according to sources from the Presidency, "a mission to consolidate the Portuguese market, in which numerous Valencian companies operate, as well as the increase in institutional relations with a country that, as this energy crisis has shown, has many common interests with Spain."

In this sense, Puig will maintain "a series of institutional contacts with the Portuguese government" and will accompany the companies that, with the support of the Business Confederation of the Valencian Community (CEV) and the Council of Chambers of Commerce of the Valencian Community, They will try to establish relationships with companies from the Portuguese country.

The non-appearance of the president of the Generalitat -who will intervene in the plenary session of Les Corts this Thursday- will coincide with the media and political storm that will probably be generated by the statement as defendant of his brother Francis Puig before the head of the Court of Instruction number 4 of Valencia, which investigates an alleged subsidy fraud.

A scenario that the opposition has been criticizing for months, given the difficulty that the Board of Trustees -held this Tuesday- has every week to compose the agenda of the plenary session and substantiate the oral questions of the different groups to the new ministers after the remodeling undertaken in the regional executive.

The parliamentary spokesperson for the PP, María José Catalá, has lamented that Ximo Puig is not going to "show his face", in what he considers "a full-fledged flight". “Last week we already warned that this would happen. Puig has already avoided two important control sessions. On the one hand, that of two weeks ago after the resignation of his parliamentary spokesperson, Manolo Mata. And now he avoids next week's, just the week in which he declares Francis Puig, the President's brother, accused of receiving public subsidies. He is a president on the run, which shows that the Valencian Government is paralyzed », he has indicated.

In this regard, their Compromís partners in the tripartite have also left a message to the socialist leader in the mouth of the coalition trustee, Papi Robles, who believes that there is room for maneuver: «We understand the situations of the agendas, but we also demand that the Government has to be present in the control sessions».

For her part, the deputy spokesperson for the PSPV Carmen Martínez has defended that it is not a summit organized in "15 or 20 days", but rather that it has been preparing for months, so Puig's absence is "fully justified" before the " magnitude» of the encounter with the Portuguese.

1 Iturgaiz accuses Urkullu of placing businessmen "in... 2 Mazón advocates dialogue "firmly" between... 3 They ask for four years in prison for a police officer... 4 SMIC 2022: Mélenchon offers 1,500 euros, what dangers? 5 Bizkaia lowers the minimum to reveal the identity... 6 Bank of America triggers Repsol's target price... 7 Bank of Spain foresees tougher financing conditions... 8 Kylian Mbappé: a leak on his contract at Real? Details... 9 PMU - Arrival of the quinté of Tuesday May 17 at... 10 The Government approves the creation of a system of... 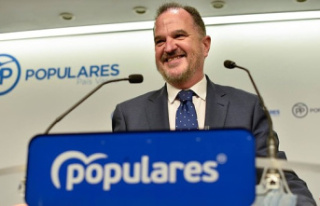