Ximo Puig, between the statement as accused of his brother and the judicial future of Mónica Oltra

Does Mónica Oltra continue as vice president of the Generalitat? Those who are unaware of the ins and outs of Valencian politics did not believe that the remodeling of the Government carried out this Saturday by Ximo Puig left out the departure of the Compromís leader. 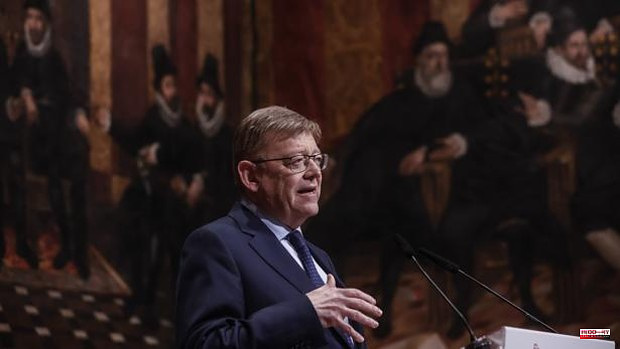 Does Mónica Oltra continue as vice president of the Generalitat? Those who are unaware of the ins and outs of Valencian politics did not believe that the remodeling of the Government carried out this Saturday by Ximo Puig left out the departure of the Compromís leader.

The president of the Generalitat, in reality, does not have room to dismiss his "number two". These are the rules of the Botanist Agreement by virtue of which the PSPV-PSOE, Compromís and Podemos divide up the portfolios of the Executive and each one of them decides who occupies them. Ximo Puig, in the case of the ministers of his government partners, is limited to putting his signature on his appointments.

In this context, the Valencian Government faces the final stretch of the legislature with Mónica Oltra at the head of the Vice Presidency, the Department of Equality and the Spokesperson. In parallel, the Superior Court of Justice of the Valencian Community (TSJCV) must decide sooner rather than later whether to impute her for the alleged cover-up of the case of sexual abuse against a minor under the guardianship of the Generalitat for which she was sentenced to five years in prison. her ex-husband.

The magistrate who investigates thirteen senior officials and officials of the Ministry of Oltra sees criminal evidence and understands that the victim was left helpless. The assessment of the vice president leaves in the hands of the TSJ the eventual imputation of her.

Oltra has decided that no matter what happens, she will remain in her positions. Neither Ximo Puig nor his party have dared today to ask him otherwise. However, Compromís has made a move. The departure of Vicent Marzà from the Ministry of Education to focus on organic tasks has been interpreted by locals and strangers as part of a strategy to prepare himself as Oltra's replacement in the electoral poster for next year's regional elections.

While awaiting the TSJ's decision on the vice president, Ximo Puig also keeps an eye on the City of Justice in Valencia, where until a week ago the spokesman for the socialist group and deputy secretary general of the PSPV-PSOE was acting as defense attorney for the alleged ringleader of the corrupt plot that is being investigated in the Azud case. Manolo Mata came to travel in an official car to the Picassent prison to visit Jaime Febrer and Puig kept him in charge of him. The partial opening of the summary secrecy precipitated the departure of the spokesman and has ended up leading to the changes of government announced by the president of the Generalitat to face an electoral pre-campaign that will be marked by another legal case such as the one in which his brother Francis Puig will testify as a defendant on May 23 in the framework of the open investigation for alleged irregularities in obtaining public subsidies. 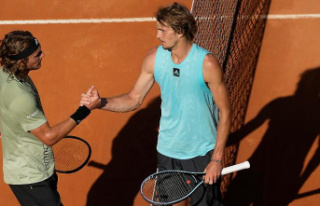 Two bankruptcies in one week: Zverev misses the final...