The president of the Generalitat Valenciana, Ximo Puig, has insisted this Monday on his approach of "respect for Justice" when asked about the possible imputation of the "number two" of his Government, Mónica Oltra. 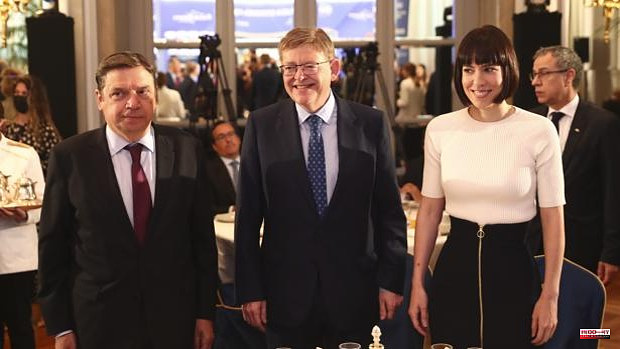 The president of the Generalitat Valenciana, Ximo Puig, has insisted this Monday on his approach of "respect for Justice" when asked about the possible imputation of the "number two" of his Government, Mónica Oltra.

Ximo Puig, who has given a conference in Madrid with a clear economic bias that begins a month of promoting the Valencian Community in the capital of Spain, has avoided answering whether the vice president of the Generalitat should resign in the event of being charged in the cause that investigates the management of the Ministry of Equality in the case of sexual abuse of a minor under guardianship for which her ex-husband, Luis Eduardo Ramírez Icardi, was convicted.

The president of the Generalitat has also not clarified whether he will dismiss Mónica Oltra, vice president and spokesperson for his Executive, if she ends up being imputed by the Superior Court of Justice of the Valencian Community, as claimed by the head of the Court of Instruction number fifteen of the capital of the Turia and endorses the Prosecutor's Office, which observes "relevant evidence"

of crime in the management that was made of the sexual abuse of her ex-husband to a minor protected by the Generalitat.

Until now, Mónica Oltra has proclaimed her innocence and has insisted that she will not resign even if she is investigated by the TSJ. Although formally her permanence in the Executive depends on Ximo Puig, the vice president of the Generalitat is part of the Compromís quota in the coalition government with the PSPV-PSOE and Podemos.

Ximo Puig has implicitly ruled out an early election and the possibility of ending the legislature with a solitary socialist government in the event that the crisis with Oltra leads to a break with its partners in the so-called Botanical Agreement.

According to Ximo Puig this Monday, the leader of Compromís "has given the political explanations in Parliament" for which she has indicated that "we are going to be respectful" with the presumption of innocence and the judicial evolution of the case.

In this regard, the Civil and Criminal Chamber of the Superior Court of Justice must rule in the coming days on whether or not to charge Mónica Oltra, who enjoys appraisal due to her status as appraised. The high court must also decide whether to take on the entire case, in which there are thirteen senior officials and officials from the Ministry of Equality, or only what is related to the vice president of the Generalitat.

Ximo Puig, general secretary of the PSPV-PSOE, has also answered questions about whether the Azud case, which is investigating a plot of urban corruption, can affect his party, he has maintained that "corruption in the Valencian Community is part of the past" . Despite the fact that the former head of Finance of the PSPV José Cataluña and the former sub-delegate of the Government Rafael Rubio appear as investigated in the case, he has argued that "in the Valencian Community he governed then in the majority of the Administrations." In Ximo Puig's opinion, "we have overcome the atmosphere of corruption since 2015."

In relation to the imputation of his brother Francis Puig in another case that investigates an alleged fraud in the collection of subsidies from the Generalitat, he has defended that "my brother is part of a small local company." However, he has expressed his "respect for Justice" and has proclaimed that "I have nothing to do with that story." Ximo Puig has tried to settle the matter by proclaiming that if his brother "has to return a subsidy to do so, like any company" and has insisted on the idea that "the Generalitat acted correctly. The PP wants us all to be equal and in this case it is not like that.

1 Advertising was never as accurate as today 2 Eva Parera: «We will not say no to anyone who coincides... 3 Family announces 761 places for permanent residents... 4 What happens if Boris Johnson loses the vote of confidence... 5 Maduro announces that the US has authorized Repsol,... 6 At least three dead and 14 injured in a Tennessee... 7 The PSOE today presents its particular vote to try... 8 Historical grotesque in Congress for the 'vaudeville'... 9 When is the return of the income tax return made? 10 Johnson, British Prime Minister, to Face Confidence... 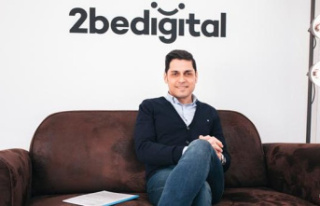 Advertising was never as accurate as today