Xavi: «The office work begins and many things have to be changed»

With the competition over, Barcelona is already immersed in a sports revolution to reshape the squad and be able to win titles again. 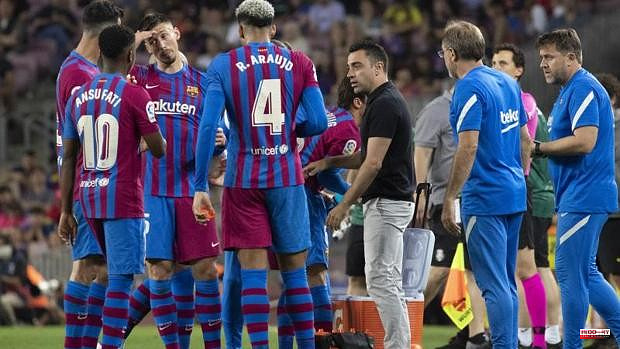 With the competition over, Barcelona is already immersed in a sports revolution to reshape the squad and be able to win titles again. This has been warned by Xavi Hernández and Jordi Cruyff, who have begun to communicate casualties and negotiate arrivals, although they will have to deal with the feared LaLiga salary limit. “The balance cannot be negative. In November, we were below lows. We have met the minimum objectives: we have been second. Now football is over and the office work begins. Many things have to be changed to try to be more competitive and fight for titles. We cannot have another year in white, "warned the coach after the game against Villarreal.

Xavi insisted on this and assured that he had held talks with all the club's authorities to make their needs clear.

“I think there is office work. Football and competition are over. Not entering the Champions League would have been catastrophic. They, president, Mateu, Jordi... tell me that changes are possible. They are positive. We are a team. We have met and we believe that we can reinforce each other well. I am satisfied with the work. We have saved a season that could be a disaster. And he addressed some proper names such as the uncertainty about Dembélé's renewal: «Each one is where he wants. He already happened with Mbappé. They go where they think they can be happy. He has helped us and can be one more. He will seek happiness from him if he is not here. I wish him well".

The player from Egar deflated the balloon generated by the possibility of Neymar returning to the Camp Nou: “I see it as very difficult. He has a contract. You have to take stock of what you can. We have to prioritize positions and then see what we can do. He is a footballer that I do not dislike, but we have not talked about this option », he acknowledged and insisted on the great contribution that veterans can still make:« I think that Barça should have all the positions doubled, at the same level. So that they also compete among themselves, and that the team improves.

Jordi Cruyff expressed himself along the same lines. “It would have been nice to finish with a win. It hasn't been what we wanted, but now it's time to work off the pitch. You are never completely happy, but we must not forget that we are coming from a difficult time. We will try to strengthen the workforce, there is plan A, plan B, plan C and D, but we will see what we can do because we have to comply with financial fair play, "the executive explained. The speech was clear: «We must improve in all lines, it is not about blaming one or the other, we must seek the balance of the team. This year has not given us, things as they are, we must have a cool head, first know what we can do. We already know the whole situation and the issue of fair play. Despite the difficulties, Jordi Cruyff was optimistic: "The good thing is that this club has so much hook that any player in any league when they hear the name of Barça has that initial interest, but obviously we have to see what we can do, we need a major change."

1 Justin Thomas wins his second PGA after the sinking... 2 Curry leaves the Warriors one step away from the final 3 Lanzarote returns with enthusiasm to the European... 4 Alpine CEO sows doubts about Alonso's future 5 Mbappé's house in Madrid, the power of his mother... 6 Where is Lester Lescay?: Cuban athletics is bleeding 7 Atlético finishes third and Villarreal will play... 8 Life sentence for the Russian soldier who killed a... 9 Two Spanish sisters are murdered in Pakistan to "wash... 10 Biden warns that the US will respond militarily if... 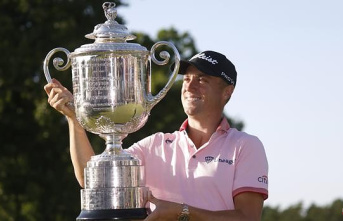 Justin Thomas wins his second PGA after the sinking...