Xavi: "Lewandowski is one of the options, but it's not easy to negotiate with Bayern"

"We have saved a situation that could have been much worse". 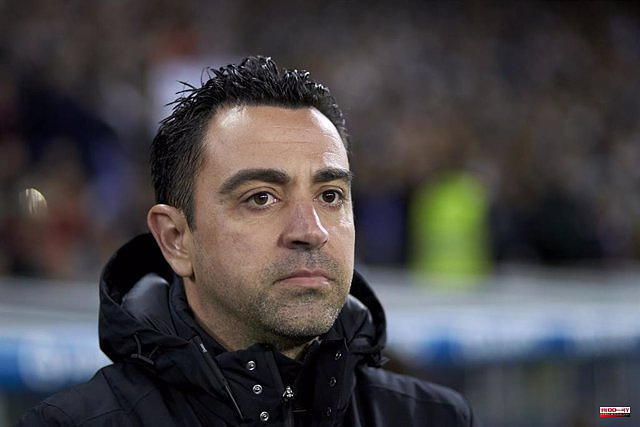 "We have saved a situation that could have been much worse"

The coach of FC Barcelona, ​​Xavi Hernández, has recognized that the incorporation of the Pole Robert Lewandowski is "one of the options" that they manage to strengthen the team this summer, although "it will not be easy" to negotiate with Bayern Munich, and has ensured that this season they have "saved a situation that could have been much worse".

In addition, he insisted that they cannot "compete" with more economically prosperous clubs for world-class figures. "We cannot compete, the economic situation is what it is. We have not entered the bid for Haaland or Mbappé, we would have liked to, but it is what we have inherited. You cannot look back. We have to join forces. We have to compete and make Barça win titles again. We must be competitive from now on", he indicated.

"The president conveys confidence to me and that we will be able to strengthen ourselves. We have done sports planning and from there we will see. I do not want to talk about money, I am here to make a football diagnosis," he added.

The Catalan coach also acknowledged that he had spoken directly with the players he does not have for next season. "I have spoken with four or five footballers and they already know my opinion. We have to look for solutions now, it is time, with the minimum required objectives, to make decisions. With some I feel bad, but decisions have to be made," he said. .

In this sense, he confessed that some of them are Samuel Umtiti, Óscar Mingueza and Martin Braithwaite. "Yes, and a few more. I don't like to say it publicly. It's important to be honest and face it," he stressed. "I noticed a very good predisposition, some have even surprised me, they have thanked me and they have moved me. They are tough decisions, but I have to be clear, I do not want them to be bitter. I tell them that it will be difficult for them to play here and that they will be more happy in other places. It's reality, sometimes it's hard," he said.

However, he did not say whether Frenchman Ousmane Dembélé will continue in the team or whether Villarreal's will be his last game as a Barça player. "It could be his last, but he could renew, we are in negotiations. We have to be optimistic. He has played excellent games and when he hasn't been we have missed him. I like him. But yes, it could be his last game", he explained. .

He also did not reveal if the Dutchman Frenkie de Jong could leave. "Here we are talking about the economic situation again. He is a beastly footballer, I have told him, he can mark an era. He is a very capable footballer, very dominating, he can help us a lot, but we will see the situation of the club," he stressed.

In another order of things, Xavi considers that they have been able to "save" the course by finishing second in LaLiga Santander and securing the 'Champions'. "We have saved a situation that could have been much worse, I am clear. We have gone from less to more, we have competed. It has not hit us, we have not known how to compete well in the key moments. We have had a good second round. I dare to write a note because no matter what I say, I will be criticized for it," he said.

"We have not had a good season, but we have saved a very critical situation. In the game we have improved a lot, but not since the old coach, but since I took over the team. Barça cannot afford another year without titles, I am the first that I demand of myself. From now on, it's time to refloat and turn it around completely. We've turned around and we have to turn it around completely, "he continued.

Finally, he assured that this Sunday's duel against Villarreal "is of relative importance in terms of the result." "I would like to see a competitive team, brave, with good feelings and end up with the best feelings. Winning is not the main objective, if you win, the better. The goal is to end up with good feelings," he said.

"But we have had the worst rival, because Villarreal is the best team we have come across in LaLiga this year. Unai Emery is a great coach, and tomorrow they play a lot, they play to get into the Conference League. have personality and finish with good feelings. That the fans come to enjoy. There will be chances and a good show will be seen", he concluded.

1 $ 40 billion: Joe Biden signs the law providing colossal... 2 "Putin destroyed everything": former pro-Russian,... 3 Two dogs abandoned by their owner saved from starvation 4 Montreal: several obstacles on the road network for... 5 Oilers don't let it get you down 6 Russia specifies that more than 960 senior US officials... 7 Radical separatists threaten to break up an act in... 8 ‘Antonio’ ‘Piolín’ 9 OM - Strasbourg: TV channel, predictions... Match... 10 Only “diplomacy” will end the war in Ukraine,... 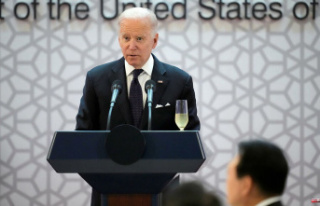