Xavi is clear about next year's team

Barcelona wants to certify its second position this Sunday. 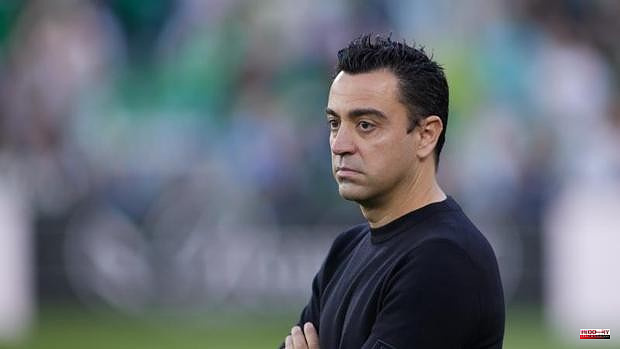 Barcelona wants to certify its second position this Sunday. For this he only needs a point against Getafe. Xavi Hernández travels to Madrid with numerous casualties, especially in defense. Injuries and sanctions have forced him to summon soccer players from the subsidiary (Mika Mármol, Alejandro Balde, Álvaro Sanz, Jandro Orellana and goalkeeper Lazar Carevic). Despite this, the coach does not want to find excuses and will try to certify the goal set. «Gatefe is having a great season, Quique has given them a lot of intensity, with a very marked system. It will be a difficult game. Also, they need a point to save the category. We need a little step to achieve the goal but we have to take it, "the coach began by explaining.

One of the surprises in the call was the presence of Araujo, who against Celta had to be evacuated by ambulance due to a blow to the head: “He wants to play. At no time was he unconscious and he wants to play. He excites me the commitment that he has. The sensations are very good. He was not unconscious and in that sense it is important for him to be there tomorrow».

Xavi spoke in terms of the future and, although he assured that he is clear about next year's team, he based everything on the economic situation that the club presents. «The circumstances of the club are what rule. I have an important part in decision making. From here, we depend on the economic situation. In a few days we have to know where we are in order to plan for the coming season. The economic situation keeps us at bay, it is obvious that it marks the present and the future of the club », he explained. “We are talking a lot about players for next year, but we have not yet met the objective of finishing second. There are two games left to finish with good feelings. Then we will plan and decide things », he added.

The Egarense defended Frenkie de Jong, although he did not hang the non-transferable sign on him: «For me he is a very important player. He has been a starter almost every time, except when he has rotated. He is a fundamental footballer, but then there is the financial situation of the club. Not with Frenkie, I mean in general. He is a player that I like very much, but we will see how the situation is ». Instead, he assured that there are players who are untouchable: «Yes, there are. There are untouchables, transferable and non-transferable. From here you have to look at the economic issue and see the ability to manoeuvre."

Despite being conditioned by the economic situation, Xavi made it clear that we have to strengthen ourselves to win titles: «I'm always optimistic and next year we have to compete. In February and March it seemed that we were going to fight for a title, but it has not arrived. Next year we have to fight for titles and it is only worth winning. This year it has been saved with the theme of the Champions League, but next year much more will be demanded of us." He does not believe that Lewandowski's age is an obstacle to being able to play for Barcelona: «I signed Dani Alves at 38. It's not age, it's performance. The footballers take care of themselves so much and every year they are more professional. Every footballer is a world. Ibrahimovic, Modric, Dani Alves... they all have a very high performance in important clubs. Cristiano and Messi too. Age is not a priority. If it improves us, that's what matters."

"Barça must have two high-level players in each position. Now in the squad there are positions that are not doubled and we have a problem and make inventions if they get injured. Things are missing and many things need to be changed. It's normal," insisted the technician, who was realistic: "It hasn't come to us to compete. We are frustrated because we came close to competing in the Europa League and LaLiga. We have not come to compete with Madrid. We have not cut points and it has helped him to be champion. We have to improve, strengthen ourselves and do self-criticism. You have to see the economic situation and work. The Egarense avoided commenting on the exits: «We have not said anything to the players because the season is not over. We haven't talked to anyone. We need everyone one hundred percent. When we cover the objectives, we will begin to plan for next year.

1 «From the moment you understand what you can and... 2 Vázquez claims a unique EBAU to promote the "rooting"... 3 Ayuso, on menstrual loss: «The only rule that matters... 4 Imprisoned for alleged homophobic assault on two men... 5 More than a thousand people gather at the Barcelona... 6 Ancelotti: "Hazard stays to show his quality... 7 Relatives of Azovstal fighters appeal to Chinese president... 8 Blow to the traffic of anabolics and steroids undercover... 9 Open fire ban still in effect 10 Kiss us to the Virgen de los Desamparados in Valencia:... 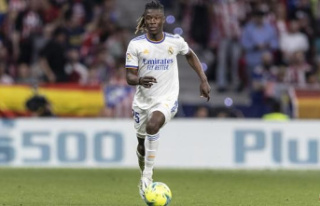 «From the moment you understand what you can and...