“It is the year of records. 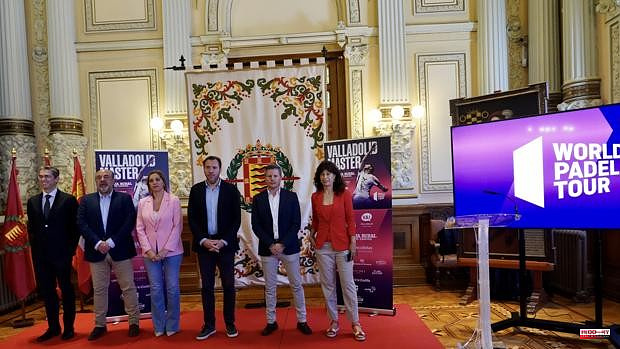 “It is the year of records. The tournament is going to pulverize all their records. First of all, attendance, since we will expand the seats available in the Plaza Mayor by 300, up to almost 4,000 capacity seats. We will also seek to exceed the record of the economic impact, and we will quadruple the number of countries to which the tournament signal will reach, up to 120, in addition to continuing to promote the tournament's approach to the city. This is how the Director of Communication of Madison Sports Marketing, Juan Ángel Méndez, presented the 14th edition of the Valladolid Master Caja Rural de Zamora Recoletas Trophy, a competition integrated into the World Padel Tour circuit that will be held between June 18 and 26 on the banks of the Pisuerga.

The director of National Expansion of the World Padel Tour, Luis Torres, has underlined that "being again in the most iconic place where paddle tennis is played around the world is a real satisfaction". As he has explained in statements collected by Ical, "the return this year is going to shoot up exponentially", and could be around three million direct euros. "The first hundred players in the ranking, if they are not injured, will come to compete in Valladolid," he has advanced.

The competition will begin on Saturday, June 18 at Club Raqueta, with the duels of previous qualifiers, and will arrive at the Plaza Mayor on Tuesday 21, with the dispute of the first men's round of 32 matches, before the women's competition arrives to the same environment on Thursday 23, in the round of 16.

«The most special test of the World Padel Tour returns in the same conditions in which it took place before the pandemic, but with more capacity. In 2021 we had 50 percent capacity, and this year we recovered one hundred percent and added 300 more seats compared to 2019, up to almost 4,000 spectators", stressed the mayor of the city, Óscar Puente, who stated that " the event is very important for the municipality, since it creates a city brand, and Valladolid benefits from an event that is getting bigger and bigger and reaches more corners of the world».

«The best rackets of the world padel will arrive at this unique space in the main square. The pace of ticket sales suggests that the tournament will break all known records to date, those of 2019, when 44 percent of the spectators were foreign visitors. This year we will move around that figure or exceed it », he highlighted.

1 Demonstration of SOS Talavera on June 12 to request... 2 They investigate two people after intervening a marijuana... 3 À Punt will stream the galas of the Alicante Film... 4 Russia considers peace talks with Ukraine broken 5 Russia announces its withdrawal from the Council of... 6 The price of electricity falls 2.25% this Wednesday,... 7 The GDP of the eurozone rebounded 0.3% in the first... 8 PSG: Messi at Inter Miami in 2023? "It's... 9 Feijóo stresses that Spain "is not a multinational... 10 The emir defends that Qatar and Spain "have a... 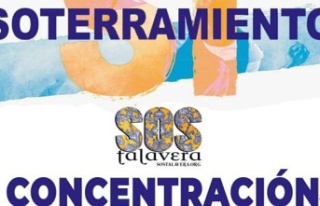 Demonstration of SOS Talavera on June 12 to request...