World Cup in Qatar: After an amazing final: Argentina is football world champion

Amidst the cheers of thousands of Argentines and surrounded by his young children, Lionel Messi enjoyed the greatest moment of his fantastic career. 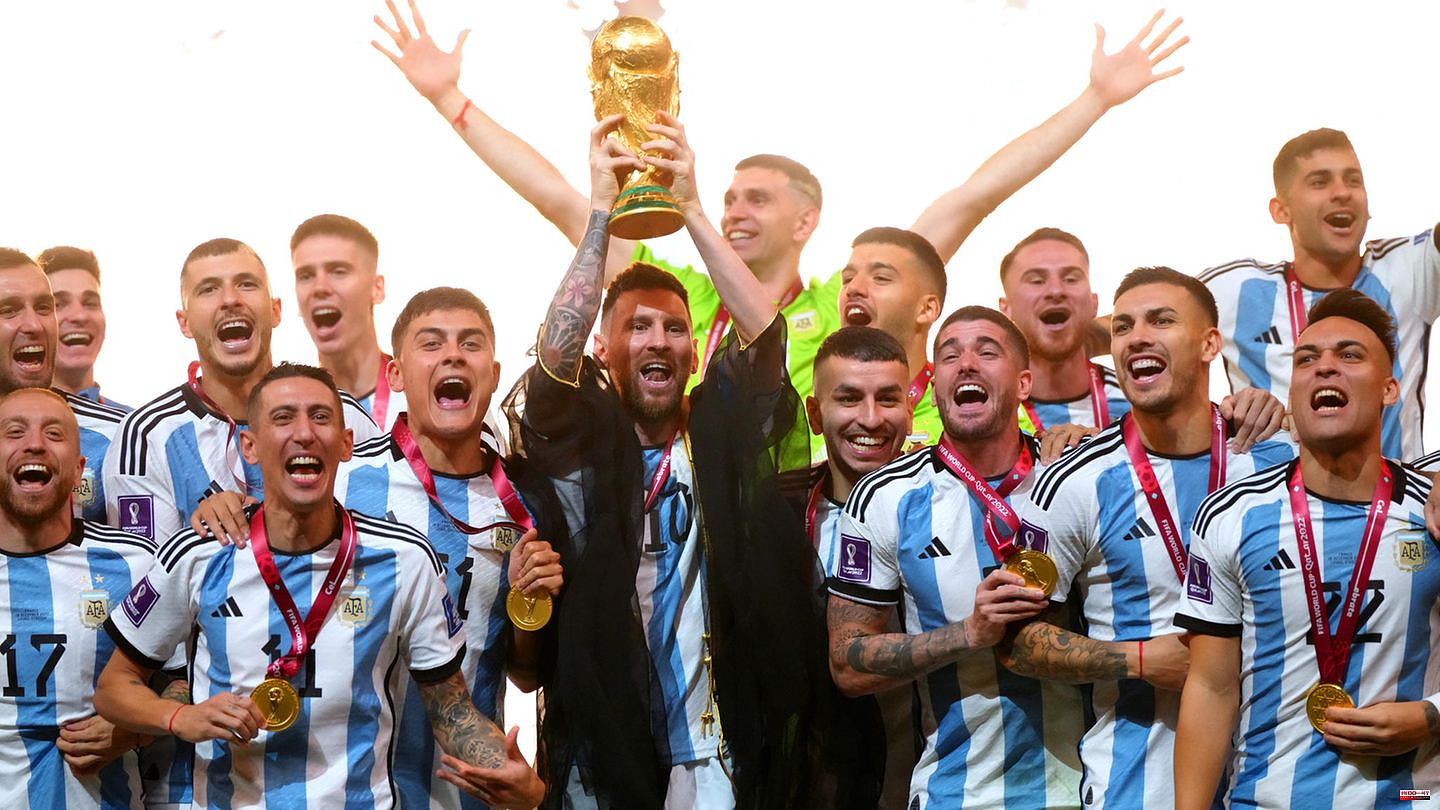 Amidst the cheers of thousands of Argentines and surrounded by his young children, Lionel Messi enjoyed the greatest moment of his fantastic career. With the golden World Cup trophy in hand, the superstar of the controversial Qatar World Cup celebrated a piece of football history on Sunday evening in the gigantic Lusail Stadium - and with him an entire nation. The Albiceleste, with their outstanding leader again, won the highly dramatic final against the disenchanted defending champions France 4-2 (3-3, 2-2, 2-0) on penalties.

36 years after the great Diego Maradona won the title, Messi was presented with the trophy on the fifth attempt at 21:43 local time by Emir Tamim bin Hamad Al Thani and Fifa President Gianni Infantino. Of course, the 35-year-old six-time world footballer was also named the best player in the World Cup. The trophy received several kisses - Messi had already announced during the finals that this would be his last World Cup.

"We suffered incredibly," said Argentina's Emiliano Martínez, who saved Bayern pro Kingsley Coman's penalty shoot-out and was voted the tournament's best goalkeeper. His coach Lionel Scaloni said: "We haven't even realized it yet. You get a blow in the neck, but then you come back, that's what it's all about. We're at the top, that's unique."

In front of 88,966 spectators, the Équipe Tricolore missed the historic chance to win the golden cup for the second time in a row, like Brazil did in 1962. The fact that France was even able to save itself in extra time was thanks to the 2018 world champion to his superstar Kylian Mbappé. The 23-year-old scored in the 80th minute with a penalty kick, in the 81st with a fantastic side kick and in the 118th with a hand penalty. But it didn't help. French President Emmanuel Macron comforted the bitterly disappointed Mbappé on the lawn. "The Blues made us dream," tweeted the head of state.

Messi made it 1-0 with a penalty kick (23rd), and his 13th World Cup goal followed in extra time (108th), with which he surpassed Brazil's soccer icon Pelé (12). The strong Ángel Di María (36th) had made it 2-0 in regular time before the break. In the shoot-out, Messi and Mbappé were the first to score on their team.

In addition to the head of state of Qatar, numerous guests of honor watched in the best entertainment from the grandstand. The finale was a showcase for big politics. The Emir briefly waved to the thousands of fans before kick-off, and cheers erupted. On the national holiday, the emirate got what had been worked towards since the World Cup was awarded twelve years ago, perfectly planned: a brilliant finale in the spotlight - despite the loud criticism, especially from Germany, about human rights violations and the exploitation of foreign workers.

The entire spectacle is said to have cost over 200 billion euros. As in the Hollywood script, the final with star players Messi and Mbappé fitted into the Qatar roar. Both are signed to Paris Saint-Germain, the French flagship club funded by Qatar as a promotional venture. Messi was already much more present in the early stages - like the entire Argentine selection.

Coach Scaloni was more offensive after the clear semi-final win against Croatia and visibly surprised France. Di María threatened from the start down the left and the 34-year-old also won the penalty against the unfortunate Ousmane Dembélé. Messi immediately grabbed the ball after referee Szymon Marciniak whistled - closed his eyes briefly at the penalty spot and gave France's record goalkeeper Hugo Lloris no chance with a low shot into the lower right corner. With arms spread wide, Messi celebrated his sixth goal in Qatar.

How much has been written about the superstar in the past few days? Every movement, every sentence was followed, sometimes commented on euphorically. As soon as the 35-year-old got off the team bus at 4:35 p.m., he could hear the loud cheering of his compatriots in the stadium. In Argentina, where the final kicked off in the morning, millions of people trembled and trembled.

For a long time there was little to see from Mbappé, but Antoine Griezmann, Dembélé and Olivier Giroud also disappeared. The highly praised offensive of the Équipe Tricolore found no attempt to overcome the Argentine defense until well into the second half. Coach Didier Deschamps could have become the second man after Pele to win the world championship three times.

The French didn't see the perfect counterattack coming from Julián Álvarez, Alexis Mac Allister and finally Di María. The goalscorer, who had failed to start the entire knockout phase, screamed his delight at Lusail's night sky. Shortly thereafter, Deschamps reacted - he had to.

The visibly served coach, whose team had been struggling with illnesses in recent days, took Dembélé and Giroud off the field in the 41st minute. Frankfurt's Randal Kolo Muani and Gladbach's Marcus Thuram came into the game. In the second half, Coman was also added (71st). And after Rodrigo de Paul (48th) and Messi (60th) missed a third Argentine goal, the three Bundesliga pros did well for the previously weak French offensive.

It was Kolo Muani who scooped out the penalty before the 1-2. And it was Coman who, after Mbappé's spectacular equalizer, pushed one French attack after another. The battered Argentina even happily saved themselves in extra time in the final minutes, in which they had to do without Di María, who was exhausted and substituted after a good hour. Every meter of grass now had to be fought for. And then came Messi.

The superstar, who passed the previous record holder Lothar Matthäus with his 26th World Cup appearance, scored the third Argentina goal. But Mbappe hit back again. The decision was made on penalties. 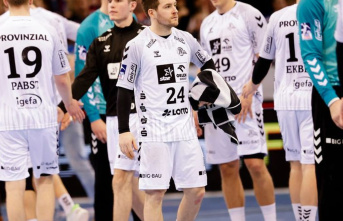 Bankruptcy in the "North Clasico": Bitter...