Think what you will about the affected gesture with which Nusret Gökce salts steaks and has earned him the international nickname "Salt Bae". 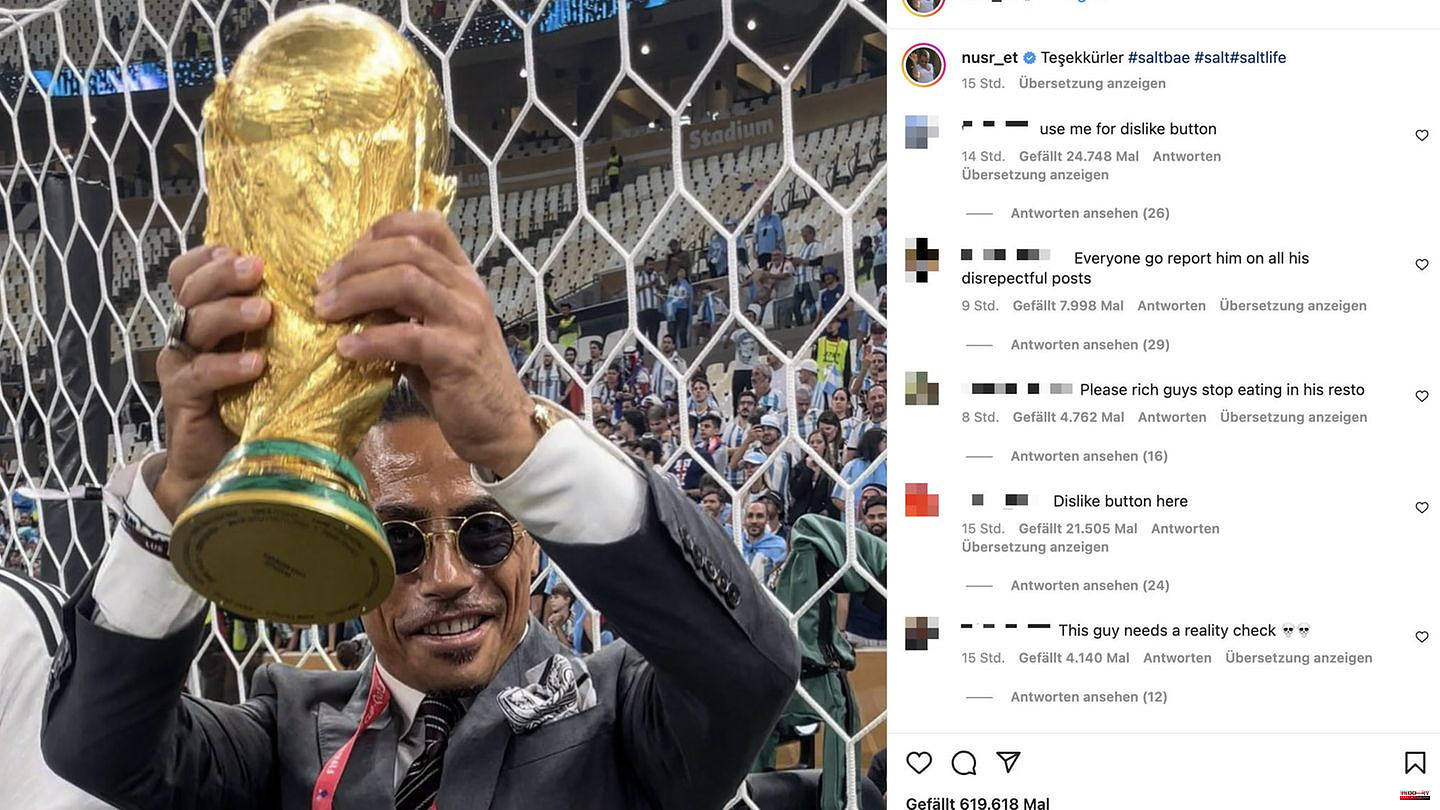 Think what you will about the affected gesture with which Nusret Gökce salts steaks and has earned him the international nickname "Salt Bae". Most fans would agree that his appearance after the World Cup final in Qatar was inappropriate. The star chef celebrated after the Argentines' victory as if he had just converted the crucial penalty himself.

When the Argentinian players received the trophy and celebrated the great success with their families on the pitch, star chef Gökce suddenly surprisingly got involved. In a black suit, with sunglasses and FIFA accreditation around his neck, he even grabbed the trophy himself at some point. The highlight of his show: the chef kissed the trophy – just like a real world champion.

This caused irritation not only among fans, but also among the players. Lionel Messi, at least, obviously didn't want the 39-year-old. TV pictures show how the world star turns away when Gökce asks him for a photo together. The Argentina captain, who has just crowned his career by winning the long-awaited world title, preferred to hug his teammates. Later, the chef and influencer got his picture with Messi and posted it on Instagram – and numerous other impressions of the Lusail Stadium lawn.

Gökce's FIFA accreditation allowed him to enter the pitch after the final. By touching the World Cup trophy, however, he may have violated the regulations of the world association. It is actually stipulated that only current and former world champions, heads of state and selected Fifa employees are allowed to touch the original trophy. It remains to be seen whether this will still have consequences for the influencer.

"Salt Bae" is considered a good friend of Fifa President Gianni Infantino, it is believed that this is how he got the accreditation for the interior. On Instagram he poses with numerous players from the world champion team. In the comments, however, criticism for his behavior hails. "You shouldn't be on the field," writes one user. "Show respect and let the players celebrate with their families."

The celebrity chef and football stars - this is not a new story. Both seek proximity to each other: Gökce's luxury restaurants are very popular with footballers, the influencer adorns himself with prominent guests on social media. Former Bayern player Franck Ribéry made headlines when he ate a steak completely covered in gold leaf for 1,200 euros in the "Salt Bae" restaurant in London in 2019.

Watch the video: Argentina wins the World Cup final in Qatar. For the first time in 35 years, the team brings home the title. People are celebrating on the streets of Qatar - for many there is no stopping the jubilation. 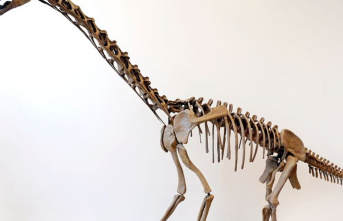 Researchers: The dinosaur Europasaurus was probably...