It's a nice individual consolation prize after the defeat of the women's XV of France against England in the Women's Six Nations Tournament. 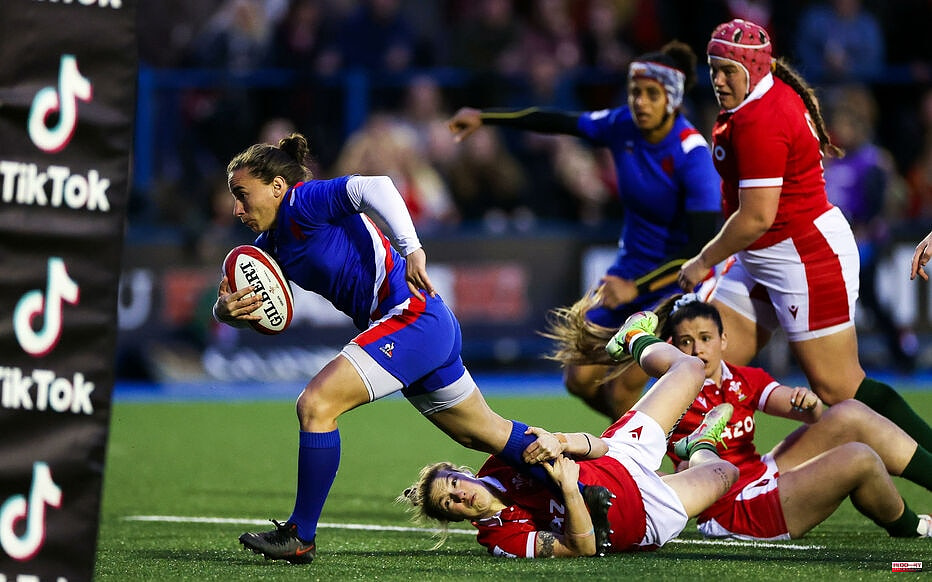 It's a nice individual consolation prize after the defeat of the women's XV of France against England in the Women's Six Nations Tournament. Stade Toulousain and Bleues scrum half Laure Sansus has indeed been voted best player of the tournament, the organizing committee announced on Tuesday. She is the first Frenchwoman to receive this distinction, created in 2020, and succeeds the English Emily Scarratt (2020) and Poppy Cleall (2021).

The number 9 of Les Bleues, who finished the competition in second place behind the "Red Roses", winners of the Tournament for the fourth consecutive year, beat her compatriot Madoussou Fall, and the English Sarah Bern and Marlie Packer. Sansus, who finished the competition with the title of top scorer (6 tries) and also delivered the most assists (6), gathered 37% of the vote. The Toulousaine will continue to be compared to her male counterpart Antoine Dupont, who plays in the same position, in the same club, with the same efficiency and who also won the title of best player of the Tournament.

1 Inflation continues to rise in Canada and Quebec 2 National: Red Star officially sold to 777 Partners 3 US casino tycoon Steve Wynn sued for acting as China... 4 PMU - Arrival of the quinté of Wednesday May 18 at... 5 How to obtain financial aid from the State having... 6 Ligue 1: SCO Angers in the process of being bought... 7 PSG: the national ethics council of the FFF asks Gueye... 8 The reproaches of the Bank of Spain to the economic... 9 "Mbappé will be at PSG next season": the... 10 Iberdrola and Qatar sign an agreement to strengthen... Inflation continues to rise in Canada and Quebec