According to IW boss Hüther, Russia is not only degrading itself politically with the war of aggression against Ukraine. 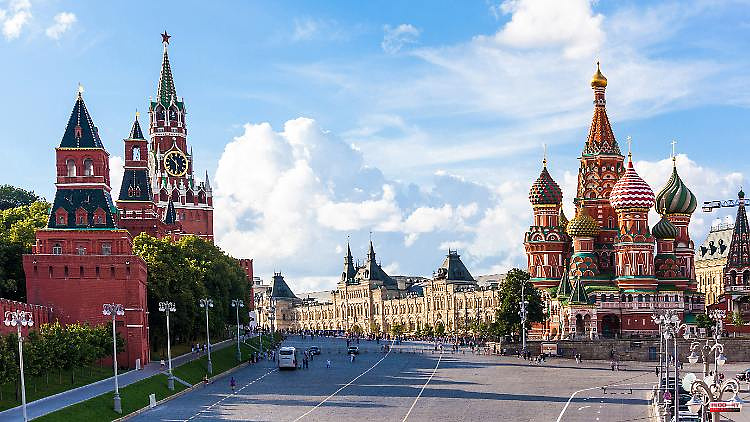 According to IW boss Hüther, Russia is not only degrading itself politically with the war of aggression against Ukraine. The country is also doing itself no favors economically. After all, Putin will not find a replacement for the collapsing natural gas markets in the West.

Economic researcher Michael Hüther is convinced that Russian President Vladimir Putin is robbing his country of all prospects with the war against Ukraine. "Russia is committing economic suicide with the war in Ukraine," said the director of the German Economic Institute (IW) of the "Stuttgarter Zeitung" and the "Stuttgarter Nachrichten".

Russia is also being "politically degraded" and is not achieving its military goals. Hüther added that Russia was a "resource-based oligarch economy" with extreme corruption. The country will not find a replacement for the collapsing natural gas markets in the west in the short term because the necessary pipelines are lacking. In fact, Germany will never buy gas from Russia again. The current shift to liquefied natural gas from other countries will not be reversed because the construction of the import infrastructure is so expensive, said Hüther.

The "organizational ability of liberal democracies" was "once again underestimated during the crisis," added the economist. At the same time, he expressed the hope that a devastating record of the Russian war of aggression could herald the end of conventional wars. These can no longer be listed under "rational economic history points". "Thinking positively, that could also mean: It is the last such war that will be waged."

Amid Western sanctions over the military offensive in Ukraine, Russia's inflation has soared to its highest level in two decades. The annual inflation rate reached 17.8 percent in April, the Russian statistical agency Rosstat announced last Friday. In the case of food prices, the rate of inflation was even 20.5 percent.

The development is a cause for concern, especially for low-income households. According to Rosstat, pasta rose by 29.6 percent compared to the same period last year, the price of butter rose by 26.1 percent and fruit and vegetables rose by 33 percent. According to the Russian central bank, it expects the inflation rate to rise to 23 percent this year before falling next year and finally reaching the target of four percent again in 2024.

1 kyiv will win the war “before the end of the year”,... 2 Death of Shireen Abu Akleh: the UN Security Council... 3 “Hands off our bodies!” : in the United States,... 4 Texas court reauthorizes investigations targeting... 5 War in Ukraine: the “diplomatic” tone rises between... 6 War in Ukraine: disputed Serpents' Island, kyiv... 7 An exchange of detainees between the American basketball... 8 After hate crimes in Buffalo: Biden declares war on... 9 Request for the evacuation of the fighters: women... 10 Women's French Cup: in Yzeure, the 38-year-old... 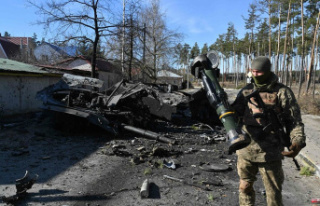 kyiv will win the war “before the end of the year”,...