with a scientific spirit

The effort and work, but also one of those caroms that life sometimes offers, have given joy to the 2nd year Baccalaureate student at the IES Ramón Olleros de Béjar (Salamanca) Pablo Gómez García: winning the gold medal in the XVII Spanish Biology Olympiad, held in Oviedo last April and, with it, being able to attend the International Olympiad, which will take place in Armenia next July 2022. 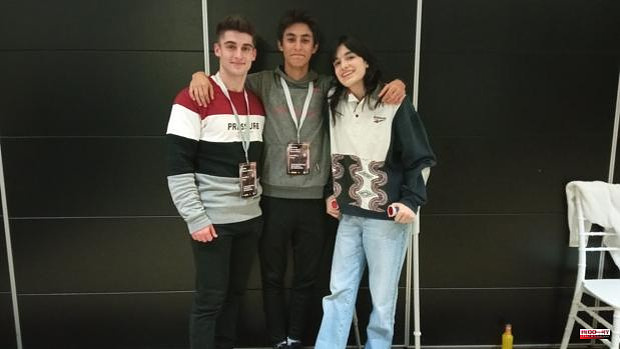 The effort and work, but also one of those caroms that life sometimes offers, have given joy to the 2nd year Baccalaureate student at the IES Ramón Olleros de Béjar (Salamanca) Pablo Gómez García: winning the gold medal in the XVII Spanish Biology Olympiad, held in Oviedo last April and, with it, being able to attend the International Olympiad, which will take place in Armenia next July 2022.

He was a finalist in the Biology Olympics in Castilla y León, but did not qualify for the national competition. Later, several students who had qualified could not attend and he went instead to the tests to finally achieve gold.

«They told me and I was lucky that I had already finished the exams for the term, to have more time and my teacher, Julián Barrios, was able to give me more materials to prepare for the tests».

He has a few busy months ahead of him because from June 8 to 10 he will have the university entrance exams "and when I finish them, I will prepare the international phase," he affirms without hiding his enthusiasm.

Of his teacher, Julián Barrios, he says that "it has had a lot to do" with his reaching so high in his studies "because he dedicates a lot of effort to this preparation and it is something that teachers are not obliged to do, which they do for love of the art and for us to discover what we like». In fact, he assures that it was this teacher who aroused his interest in Biology in 4th year of ESO. For this reason, he also "thanks" him and the director of his institute, Ángel Ballesteros, "for the support" received from the center.

Pablo Gómez explains that «when I was little, I was very curious, I was always with science books and my mother told me “see if you are a scientist” when I was older» and now he already considers it: «I would like to do Biotechnology because I like biology applied to industry, to scientific advances, and I hope to dedicate myself to research».

Thanks to his classification in the Olympics, he was able to attend special classes in practical biology, botany and physiology at the University of Salamanca and, accompanied by professors from the University of Salamanca, visit the Institute of Neurosciences, which "was amazing because you get closer a lot to the work of a researcher and you see that it is not a monotonous job, that every day there is something different to do».

He is also aware that "doing science is a very long road, that in Spain there is not much investment in it and let's say that in the end it will be time to go abroad, but if you manage to discover something important to cure a disease it is something very important that you take with you ».

Pablo is used to studying and affirms that “most” of the students who make it to the Olympics “have good grades in high school because we organize our time well and can manage our studies well”, which does not take away his free time: “ My colleagues ask me how I do it and I say that I train two hours a day in the gym because, in the end, it is beneficial, it is an escape route that makes you have a clear mind; if you spend all afternoon studying you get very overwhelmed and you don't work better », he adds.

The tests in the Olympics took him "a lot of effort and a lot of pressure, although he took" a strategy, that of not answering if he was not sure, because it remains if you answer badly. And he turned out.

Just as he is aware that his case is an example of motivation for his two little brothers, he also sends a message to other students who may hesitate to take part in these competitions so that they do so because «I went without expectations and if you win, and I did it, it will open many doors for you and if not, you can discover what you like or what you don't like and what professional options you may have in the future».

1 Four people killed in a series of attacks by Russian... 2 Europa League: the final won by Eintracht Frankfurt! 3 Telefónica sells 7% of Prisa for more than 34 million 4 Ligue 1: Antoine Kombouaré will finally stay in Nantes 5 Cannes Film Festival: Tom Cruise, Patrouille de France...... 6 Maroto announces that "in a matter of days"... 7 Liberbank customers will not be able to use Bizum... 8 The Ibex 35 dawns with a fall of 0.61% and defends... 9 Organizations want to make mental health an election... 10 The collapse of Wall Street stops the European stock... 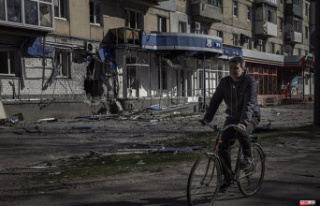 Four people killed in a series of attacks by Russian...