Wild season finale in league three: Loser of the 43-goal spectacle is Berlin

In the 90th minute, Viktoria Berlin hopes for a moment, but a few seconds later it is gone again: the capital club is relegated from the 3rd division. 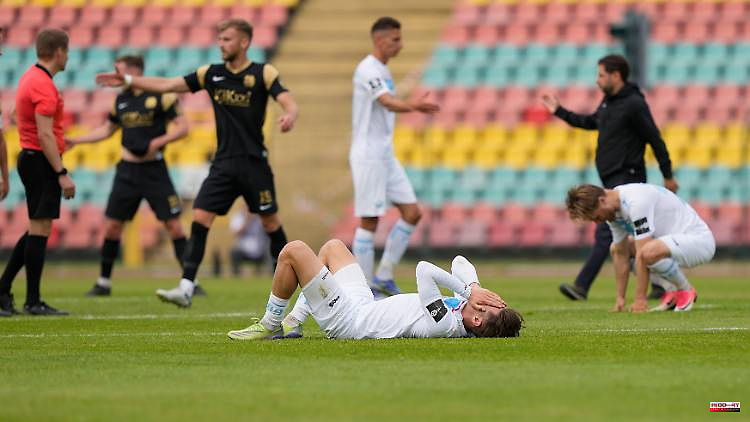 In the 90th minute, Viktoria Berlin hopes for a moment, but a few seconds later it is gone again: the capital club is relegated from the 3rd division. On a goal-rich final day, two clubs scored seven times, one six and champions Magdeburg five times.

The last decision in the 3rd soccer league has been made: Promoted Viktoria Berlin has to return to the regional league as the fourth team. The capital club - at the beginning of the season briefly top of the table - lost on the 38th and final match day 3:4 (0:0) against SV Meppen. With 37 points, the Berliners are 17th and fourth from the bottom of the table. Morgan Faßbender (48'), Luka Tankulic (52', penalty), Lukas Krüger (68') and Richard Sukuta-Pasu (90') scored for the Emslanders. Christoph Menz (65th) and Tobias Gunte (85th/90th) scored for the hosts.

In the long-distance duel with Viktoria Berlin, SC Verl (40 points) kept the upper hand by beating MSV Duisburg 1-1 (0-1) and thus celebrated staying in the class. Moritz Stoppelkamp (33rd) put the Meiderichs in the lead, Ron Berlinski (49th) scored to make it 1-1 for the losers. The Würzburger Kickers and TSV Havelse had previously been relegated. Türkgücü Munich was eliminated from the game during the season for economic reasons, all games were removed from the rating.

Champion and promoted 1. FC Magdeburg achieved a 5-1 (1-1) win at VfL Osnabrück on the last day of the game. If they had won, they still had a chance of fourth place, which entitles them to participate in the DFB Cup. Instead, 1860 Munich secured it with a 6:3 (2:2) against Borussia Dortmund II. Löwen attacker Marcel Bär scored his goals 20 and 21 of the season, which made him the top scorer of this third division season.

Second, Eintracht Braunschweig returned to the 2nd division a year after being relegated. Lower Saxony lost 1-0 (0-0) to Viktoria Köln. However, the game had to be called off early because many Eintracht fans wanted to storm the field.

Relegation rank three is occupied by the four-time German champions 1. FC Kaiserslautern, who played in the relegation first leg to the 2nd division on May 20 (8.30 p.m./each on Sky, Sat.1 and in the live ticker on ntv.de) against Dynamo Dresden, third from bottom in the second division has right of residence. The second leg in Saxony will take place on May 24 (8:30 p.m.). During the week, the Palatinate had separated from coach Marco Antwerpen after three defeats in a row and hired Dirk Schuster as the new head coach instead.

SC Freiburg II played 1-1 (1-0) against 1. FC Saarbrücken. Mainly thanks to a strong final phase, FSV Zwickau defeated Würzburg 7-0 (1-0), four goals were scored in the last ten minutes. In the end, Hallesche FC drew 1-1 from SV Wehen Wiesbaden. Meanwhile, Waldhof Mannheim also outclassed Havelse 7-0 (3-0), and six players were on the top scorers list. A total of 43 goals were scored on this last matchday. 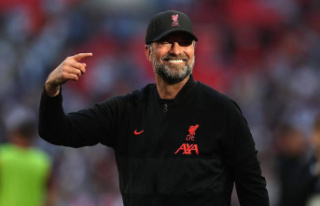 One rejection after the other: FC Bayern asks Klopp...