Why is there an increase in electricity prices despite competition opening?

This article first appeared on The Conversation. 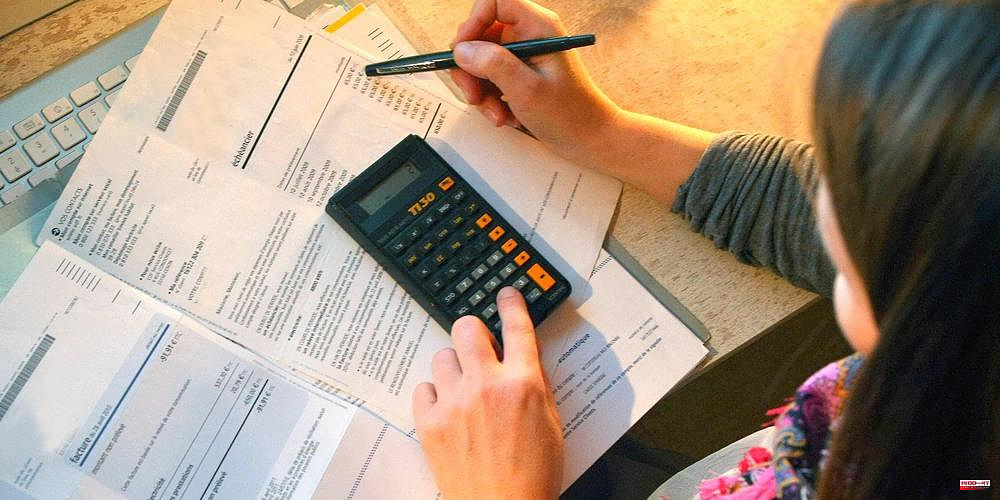 This article first appeared on The Conversation.

The average household electricity price rose by 57 euro per MWh between 2007 and 2018, a date that is symbolic in France because it marks the eligibility for all consumers to market tariffs. The conclusion is clear at first glance: the opening of competition has not led to a decrease in prices for consumers, with almost 50% more than 2007's.

Emmanuel Macron, the presidential candidate, and Marine Le Pen, the runner-up, also openly discussed it in the intervening rounds. Even if their proposed solutions were different, they both agreed that the market energy system was inefficient, and would contribute to price rises in its current form. The conclusion of Electricite de France's central social-economic committee (EDF) is that the market energy system is inefficient and would lead to price increases. They have just launched a petition calling for an end to the European electricity market. Jean-Luc Melenchon (leader of the left), who aims at becoming Prime Minister following the legislative elections, demands a return to a national electricity market.

Is this really due to the sector liberalization, which was supposed to encourage competition and innovation, especially in the area of renewable energies (EnR) and lower prices? The reality is more nuanced.

Another reason for the rise in costs is the cost of transport networks. These have been reevaluated several times to account for the investments necessary in maintenance and modernization. Modernization is becoming more important as electricity production becomes increasingly decentralized, especially with the deployment and expansion of renewable energies. The electricity transmission tariffs (Turpe), rose from 41 euros/MWh to 53.50 euros/MWh between 2007 and 2020. 21.9% of total growth was observed.

Quick calculations allow us to determine that supply costs or market factors account for only 22.8% (100% - 55.3%-21.9%), of the price increases observed over the time period. Around 13 euros/MWh This residual 22.8%, which would seem like an acknowledgement of failure to opponents of the European market for energy, would be a justification for a return of national markets.

RTE, the manager of the national high voltage electricity transmission network, projects that an isolated France would cost taxpayers several hundred billion per year. To reduce CO emissions and dependence on fossil fuels, the equivalent of almost 10 gigawatts (GW), of thermal power plants has been closed or planned to be closed. Our aging nuclear power stations are also experiencing extended shutdowns and monitoring periods that hinder their full operation.

France is an importer of electricity to meet its peak consumption. RTE reminds us of the fact that France will have imported 44 Terawatt-hours (TWH), one million MWh, of electricity in 2021 (including 22.2 TWh from Germany, Benelux, and Benelux). In 2007, this figure was only 27.5 TWh.

This could only signify two things: France is having difficulty covering its domestic energy requirements and/or it can sometimes be profitable to import energy, particularly when market prices are low.

EDF is caught up in a strange paradox in the midst this market dynamic. It is important to understand that EDF, the dominant player in France's electricity production market, remains bound to concede to its competitors a limit of 100 TWh/year nuclear energy at an "Arenh tariff" (regulated access to historic nuclear energy) which has been fixed at 42 euros/MWh since 2012. This provision, which covers about 25% of EDF's nuclear production capability, has allowed for competition in the supply market. Electricity of nuclear origin is highly competitive to meet "basic" requirements. Due to rising market prices, it is very much in demand.

The Arenh, which was not revised since 2012, is supposed cover EDF's nuclear power production costs. This is not true if we believe the Energy Regulatory Commission and the incumbent operator who estimate production costs at 48.36 and 53 euros/MWh, respectively. EDF is selling a portion of its nuclear production at loss...which, according to the French taxpayer who was involved in the creation of EDF's fleet and is one its shareholders, is almost like a double penalty as it is also being affected by rising prices.

EDF is a major supplier of electricity and a significant exporter. Even though it may lose money on the 100 TWh it has to pay at the Arenh tariff it makes money on its remaining production. This is especially true when market prices rise! Its cost price is also very competitive due to its hydropower and nuclear revenues.

This balance sheet shows that, despite the Arenh paradox, it can generate substantial gains that benefit the state shareholder...and, in one way or the other, the taxpayer. Is it possible to take indirect profits from EDF's profits by using "energy shield" measures?

It is important to remember that competition was not just about lowering prices. It was also about responding to a number of problems that were identified in the middle of the 1990s. The European Union was anticipating a sharp rise in global energy demand and tensions over access to fossil resources, which Europe is still heavily dependent on. In this context, European energy sovereignty can't be achieved without a unified energy policy. This policy allows for both influence on the markets and planning the gradual withdrawal from fossil fuels. Price increases are partly explained by the EnR financing method and the costs of their integration in the network.

Private financing is done at a market rate of between 4% to 7%, when the State could receive much better financing conditions. The energy transition becomes more costly when it is subjected to private investment, all else being equal. Yes, it is true. However, we should not forget that European States already have significant sovereign debt. They also have multiple budgetary arbitrations (subject to the constraints that they must comply with the Stability and Growth Pact). They already indirectly and directly subsidise renewables through purchase obligations at a fixed price or additional remuneration to the exclusive benefit renewables producers. According to the Ministry of Ecological Transition, these renewable energy support programs would have allowed them to subsidize, in France, and for 2020, the production of up to 79 TWh of solar energy, at a cost of as high as 6.2 billion euros.

Renewables have the disadvantage that they are intermittent and, above all, decentralized. They also come from multiple heterogeneous producers. This dispersion makes it more difficult for the network to be controlled and balanced and requires large investments to adapt lines to new circumstances. The Electricity Transmission Network (RTE) is an electric utility that transports electricity throughout France. It plans to invest 33 billion euros by 2035, 13 billion of which are for absorption of renewable energy, and an exponential rise beyond that, depending on how much renewables are included in the French energy mix.

These investments will lead to smarter energy management and the development of new uses. This includes the massive electrification vehicle fleets, the creation of "smart" electric networks (smartgrids), which allow remote control of demand, production/injection of energy, and remote control of energy demand. In other words, optimization that will eventually result in better energy efficiency. To continue reducing our CO emissions by increasing the density in our renewable energy park. Therefore, the future evolution of tariffs will partly reflect our political choices regarding the environment.

This brief overview shows that we are still far from the promise of reducing price competition. However, all price increases don't result from market imperfections and that there are many benefits associated with the European energy market. The leeway to protect consumers' pockets and ensure the energy transition is limited.

The rise in prices is not likely to be stopped unless we place our trust in energy sobriety and see radical innovations in energy generation or hope for better macro conditions. Even if EDF and its competitors were to be allowed to limit their marketing spending, the rise in prices will continue, even if they are able to do so.

1 Lagruere: A Foyer rural photo club displayed its photos... 2 In critical condition a woman attacked by her husband... 3 Mother's Day: Vacuum cleaners for sale at Auchan... 4 Dordogne: 13 violations of the road, including several... 5 Navarrenx: Who wants to take part in citizen day? 6 Basketball / Betclic elite: Frederic Fauthoux has... 7 Barcelona rearms to fight the judicial annulment of... 8 The snitching prisoners and their poisoned denunciations 9 MTB. French Cup: Loana lecomte was never satisfied... 10 Mercadona joins the Kilo Primavera Operation of the... 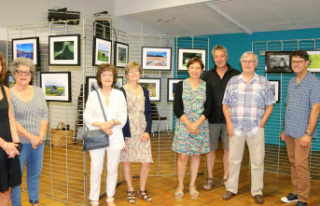