Why is the 4th of July celebrated in the United States and how important was Spain on that day?

The 4th of July is a big day in the United States. 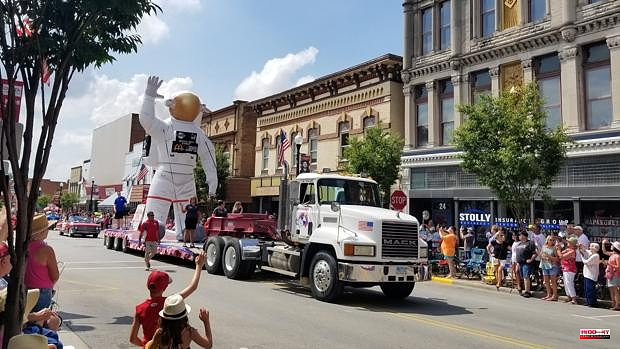 The 4th of July is a big day in the United States. It is the day on which the national holiday is celebrated, during which tradition dictates that people go out in the open air, taking advantage of the holiday, as well as enjoying the mythical fireworks.

This day commemorates the independence of the United States, since on July 4, 1776 they ceased to be a British colony. That day the 56 delegates from the thirteen colonies signed the Declaration of Independence in Philadelphia, which had previously been approved by the so-called 'Committee of Five'. It included John Adams (member for Massachusetts), Benjamin Franklin (Pennsylvania), Thomas Jefferson (Virginia), Robert R. Livingston (New York), and Roger Sherman (Conneticut). Of the signatories, two later became presidents of the Union: Jefferson and Adams.

The declaration was drafted by Jefferson, who did it in record time, in less than 17 days. Finally, after some changes proposed by his companions, he appeared in the Continental Congress, which signed it on the day of the independence of the United States.

Later studies have questioned whether the signing took place entirely on that date. The very reality of the time invites us to think that the endorsement of the delegates to the document was made at a later date, in addition to the declarations of some of the participants. In any case, the date was marked in the history books as the day of the independence of the United States.

This date was later followed by the confrontation between the continental troops, commanded by General George Washington, and the armies of King George III of England. A conflict that lasted until 1783, when peace was signed in Paris, recognizing the independence of the United States.

Washington became the first president, with Adams as vice president, succeeding him in office.

Subsequently, the importance of the 4th of July has been magnified. The need to establish a founding myth for a 'young' nation has increased the relevance that both the act of signing itself and the document initially had. In reality, that day as such, beyond what was indicated, nothing else happened.

It was some time before the document reached England. What is clear is that it was the first step of both parties towards confrontation.

Contrary to what has been sold by Anglo-Saxon propaganda, Spain played a very important role in achieving American independence. This is how Joe Biden recalled it during his recent visit to Madrid for the NATO Summit, in his meeting with Don Felipe at the Royal Palace.

At first, Spain knew that it was not a good business to help a republic with the characteristics of the United States, which was essentially an Anglo-Saxon nation. In addition, the new state shared a border with the Spanish territories of Central America, which in the long run could bring certain headaches.

However, the possibility of hurting the British Empire was very tempting for King Carlos III, the Spanish Monarch at the time. Finally, and after the glorious intervention of the Governor of Louisiana, Bernardo de Gálvez, the 'rebel' side was victorious and brought huge benefits to the Spanish Crown: Mallorca was recovered and Florida was obtained.

The 4th of July is a holiday that Americans traditionally celebrate outdoors. All over the country there are barbecues, picnics or camping outings. The good weather of the summer season helps families take the opportunity to enjoy together and exalt the patriotic spirit. The country is filled with flags with its stars and stripes since the national flag is the protagonist of independence day.

One of the most typical notes of this festival is the commemoration with parades in many cities of the country. Special fame has the one in the capital, Washington D. C.

This year, the national holiday is somewhat overshadowed: the political situation is very polarized. The recent Supreme Court ruling suspending constitutional protection for abortion has fractured the United States. In addition, the approval of the president of the United States, Joe Biden, is at a low, falling for the fourth consecutive week to 36%. The rise in inflation is weighing down the image that his fellow citizens have of the Democrat.

However, there is unanimity about the position that the US should adopt in the war in Ukraine. According to a Pew Research Center poll, 85% of Americans favor keeping tough economic sanctions. Putin's attack on Ukraine has also strengthened NATO's position, causing Sweden and Finland to apply to join the Atlantic Alliance.

1 Germany considers offering tax-free payments to avoid... 2 More than a third of Spaniards have never heard of... 3 Unemployment benefit: this is the new SEPE model to... 4 Nadal and directo against Van de Zandschulp 5 Pope Francis' close friend, Cardinal Hummes,... 6 Canadian government: China Tycoon due to be tried 7 Distressing rescue of a boat in Gran Canaria that... 8 The volunteers took the 12-year-old boy gored in a... 9 Galicia and the Basque Country lead an autonomous... 10 An estelada and 200 independence supporters to besiege... 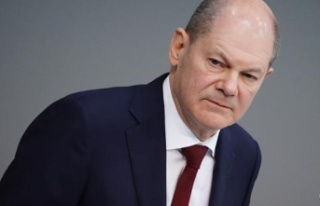