Why Algeria has broken its friendship with Spain: keys to a historic crisis

Algeria is no longer a friend of Spain. 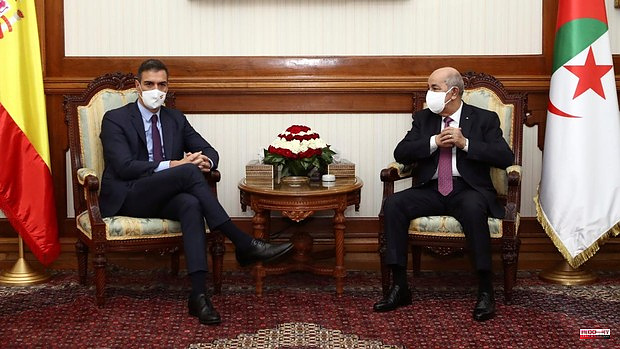 Algeria is no longer a friend of Spain. This is how the African country wanted to make it clear after the rupture of the Treaty of Friendship and Cooperation that both nations signed on October 8, 2002. A pact that has been in force for 20 years and which Algiers has decided to put an end to.

It has done so a few hours after the appearance of Pedro Sánchez in the Congress of Deputies in which he explained the political turn of Spain with respect to the autonomy of Western Sahara. Because that is the most delicate point of this crisis with Algeria.

Morocco has been a historical rival of Algeria. An enmity that reached its peak in August 2021, when Algeria completely severed all diplomatic relations as a result of possible espionage by the Alaouite monarchy and that it showed a rapprochement with Israel, a staunch enemy of Muslim countries.

Added to this is the conflict between the Polisario Front and Rabat. It is here that the Algerian government brings up the Arab proverb "the enemy of my enemy is my friend". Because Algeria does not recognize the autonomy plan for Western Sahara proposed by Morocco in 2007. This initiative proposed to cede a series of powers to the Saharawis, but on the contrary, it would reserve the administration of national security, foreign defense and territorial integrity. , foreign relations and the regime for the exploitation of natural resources. Conditions explicitly rejected by the Polisario, since it would mean giving more power to Morocco, something that is not at all interesting for Algeria. And this is where Spain comes in.

Our country has always defended a solution to the conflict between Morocco and Western Sahara agreed between both parties. But in March 2022 everything changed. Pedro Sánchez announced that he supported the autonomy plan presented by Morocco in 2007 for the Sahara. An unprecedented political turn, discussed by its own partners, that came after a serious migration crisis on the borders of Ceuta and Melilla, in which hundreds of immigrants jumped into Spanish territory with the approval of the Kingdom of Mohamed VI.

[The 483 days that led Sánchez to join Morocco]

Nor did it help this conflict that Moncloa allowed the covert entry of the leader of the Polisario Front, Brahim Gali, into the country to be treated for the coronavirus. An operation that ended several months later with the replacement of Arancha González Laya at the head of the Ministry of Foreign Affairs by José Manuel Albares.

The change of position of the Spanish Executive was not well received by Algeria. Since March the tensions with Algiers have not ceased. He first called his ambassador in Madrid for consultations, an antecedent to the diplomatic rupture. Later, and in the midst of the energy crisis, the Government of Abdelmadjid Tebboune agreed to be Italy's main supplier, to the detriment of Spain, which is highly dependent on Algerian gas.

This discord between Spain and Algeria is going through its most complicated moment these days, with the breaking of the Friendship Treaty and, shortly after, the prohibition of commercial operations with Madrid.

1 The Canary Islands dodge the Green Tax also on flights... 2 The Basque Country dodges the first great heat wave... 3 Negotiations to unblock Ukrainian grain exports stall 4 The Government rules out the introduction of tolls... 5 Summer schools gain prominence in Murcia and the Vega... 6 The catastrophe of Imserso de Belarra for hotels:... 7 Albares, on Algeria: «We will give a serene, constructive... 8 From "reliable partner" to "extraordinary... 9 Del Rivero accuses the judge of doing "sleight... 10 Spain evacuates 2,000 people in a race against the... 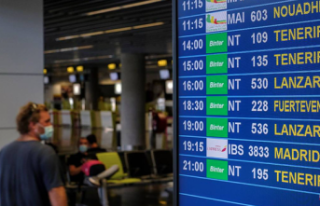 The Canary Islands dodge the Green Tax also on flights...