The Roland Garros Tournament has become one of the most recognized Grand Slams in the world of tennis. 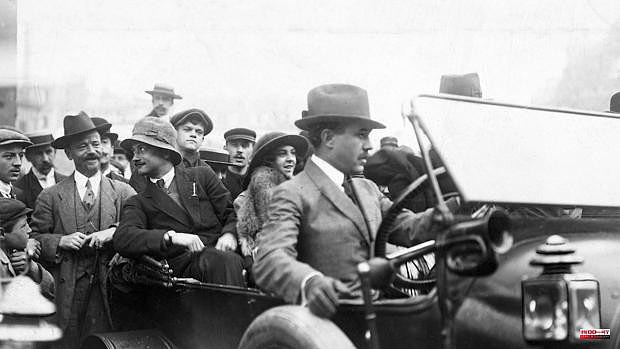 The Roland Garros Tournament has become one of the most recognized Grand Slams in the world of tennis. Held annually in France, this competition has been played since its inauguration in 1891, when it was still called the French Championship.

Now, more than a century after its first edition, the tournament is known as Roland Garros. Although his name is associated with the world of tennis, the truth is that the history of this Frenchman really has little to do with the legendary racket sport.

But who really is Roland Garros? And why does the highest tennis competition in France use his name? This is all you have to know about this character.

Despite his fame in the world of tennis, this young Frenchman, born in Saint-Denis in 1888, did not stand out in sports, but rather at a military level, being one of the great pioneers in the history of aviation in the 20th century. .

Garros was one of the great promoters of the development of piloted flights as we know them today. Thus, thanks to his research and creations, this pilot managed to become a true national symbol for the French, who considered him a real source of pride. Even before achieving recognition, Roland Garros managed to reach an unprecedented figure in flight altitude in 1911: 3,910 meters, which he would end up surpassing just a year later, in 1912 (4,350 meters).

This was not the only record that the French aviator managed to break. In fact, he managed to travel from the French town of Saint-Raphael to the Tunisian town of Bizerte, a milestone in air transport to date, as he managed to cross the Mediterranean Sea by air.

Garros managed to reach this distance, 756 kilometers, in less than 8 hours non-stop, landing with just five liters of fuel in the tank. He also did it with a unique airplane to date: made of walnut wood, with 9-meter wings and a single engine.

The Frenchman was not, however, the first pilot to try to achieve this feat: years ago, the pilot Édouard Bague tried to meet the challenge of crossing the Mediterranean, but ended up crashing and his body was never found.

With the start of the First World War, Roland Garros became a benchmark for the French army thanks to its great piloting skills. In fact, he came up with a system for shooting down enemy fighters that was completely revolutionary.

On April 19, 1915, after being shot down in the German lines, he was imprisoned in a prison camp, from which he managed to escape three years later thanks to a disguise of the enemy uniform and presented himself to the ranks again.

However, shortly after, in 1918, when he was just 29 years old, the aviator was shot down by German soldiers in the Ardennes while on duty.

It was not until a decade after his death that the figure of the French pilot and his exploits began to be recognized by the population of his country thanks to tennis.

It was thanks to the rise of this sport in France, essentially caused by the celebration of the Davis Cup final in 1928, which pitted the Gallic team against the United States. As a result of this, the Parisian Government decided to build large sports facilities that would allow hosting these large events.

It was Emile Lesieur, president of the Stade Français rugby team and longtime friend and admirer of Roland Garros, who proposed that this stadium project be named after the iconic French aviator. A proposal that was finally accepted by the Gauls and that led the pilot to international fame thanks to the tennis tournament.

The construction of these sports facilities that bear his name made him a benchmark in tennis. In fact, just a few years later, the so-called French Championship gave way to the Roland Garros Tournament, which went on to become a Grand Slam in 1948.

[This is the ATP ranking after Djokovic's triumph in Rome]

1 UNITED STATES. "A perverse decision": How... 2 Deux-Sevres - A biker who falls 5 m into a river is... 3 Unusual. 103-year-old Swede breaks world parachute... 4 The threats of the murderer of the Texas massacre... 5 European leaders clash with Hungary's intransigence... 6 Salies-de-Bearn - A botanical exhibition featuring... 7 Russians have no access to Netflix because of the... 8 Veyrignac: Amazing tours of the castle gardens 9 In 2022, Oloron will host Pyreneo, the place where... 10 Soccer. France team: Benzema, Mbappe, scrutinized... 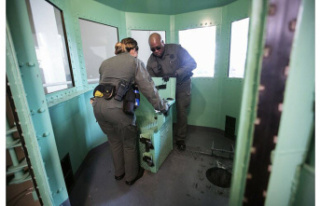 UNITED STATES. "A perverse decision": How...