Who was Kanamat Bothasev? Highest-ranking commander of the Russian Air Force killed in Ukraine

Information about the shooting down of retired Russian Air Force Major General Kanamat Botashev was confirmed to BBC Russian by three of his former subordinates. 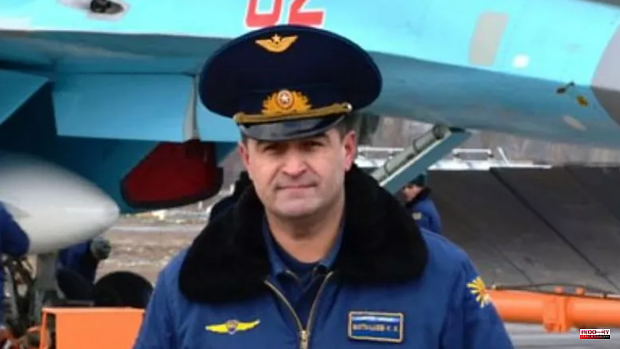 Information about the shooting down of retired Russian Air Force Major General Kanamat Botashev was confirmed to BBC Russian by three of his former subordinates. On Sunday, May 22, the General Staff of the Ukrainian Armed Forces said that a Russian Sukhoi (SU-25) attack aircraft was shot down over the Luhansk region and the pilot did not have time to eject. Reports soon appeared on Russian Telegram channels indicating that Botashev was the pilot.

Botashev is the highest-ranking Russian pilot whose death has been reported, according to the BBC. This same medium pointed out that Russia has lost at least 31 military pilots in the war. This new casualty comes amid Western intelligence assessments that Russia has not gained air supremacy since the war began on February 24.

Goodbye commander. There are few people on this planet who lived in heaven like you. Heaven takes the best, today it took you," was the message posted on the Fighterbomber Telegram channel, which is a forum for Russian military pilots.

How the 63-year-old retired general ended up piloting an Su-25 in Ukraine is unknown, though former subordinates told the BBC he "just couldn't stay away".

There has been a recruitment drive in Russia since the beginning of March. Russian military registration and enlistment offices, patriotic organizations and the mercenary group PMC Wagner have been actively campaigning to attract candidates to fight in Ukraine.

There are reports that at least nine retired Russian soldiers over the age of 50 have been killed in Ukraine.

Bootshev was born in 1959 in Karachay-Cherkessia and graduated from the Yeysk Higher Military Aviation Institute, where he graduated as a fighter-bomber pilot. He rose from lieutenant to general. However, he was discharged from the army in 2013 when he was accused of crashing an Su-27 fighter near the city of Petrozavodsk without permission to fly. He later worked as vice president of aviation for the Society of Volunteers for Cooperation with the Army, Aviation and Navy in the Leningrad region.

There has been an unusually high number of high-ranking Russian officers who have died in the war so far. Ukrainian sources said that at least 12 generals had been killed, as reported on May 12.

1 Final Partygate Report Holds Johnson Government Leaders... 2 The Xunta gives the green light to more than 10,000... 3 2022 Finnish Grand Prix canceled 4 Google opens its 'cloud' region in Madrid... 5 The Barcelona City Council will present a complaint... 6 The IVAM presents an exhibition by Mar Arza that reflects... 7 Albares sees the possibility of "unraveling"... 8 Experts in animal translocation warn that "there... 9 These are the five worst shootings in US history 10 The best water in the world is born in a spring in... 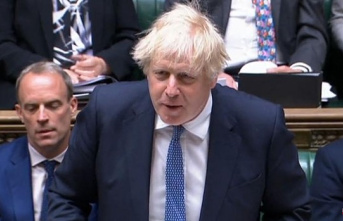