The Giro d'Italia is, along with the Tour de France and the Vuelta a España, one of the most important cycling competitions in the world. 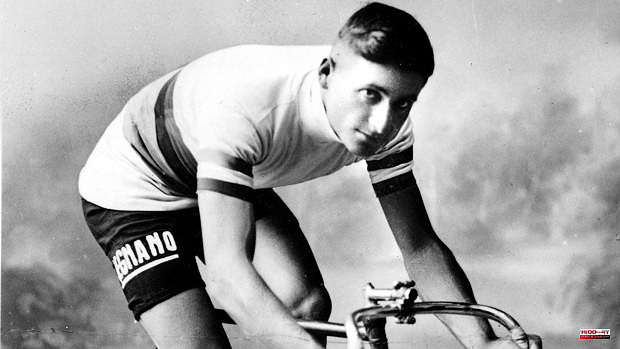 The Giro d'Italia is, along with the Tour de France and the Vuelta a España, one of the most important cycling competitions in the world. Its 113-year history has given away emotions, tears and unforgettable anecdotes. There are several legends who have passed through the Giro: Alfredo Binda, Fausto Coppi, Eddie Merckx, Gino Bartali and the most recent Miguel Indurain and Alberto Contador.

Among the thousands of events there is an interesting one that not everyone will know about and it is completely unprecedented in a competition as important as this one. You have to go back to the twenties, before the Second World War and when fascism ruled in Italy. The famous Constante Girardengo, loved by the people and supported by Mussolini, was preparing to be the star of the competition.

The 1925 Giro had only one favourite, but something unexpected happened: a rookie arriving from France stole his 'pink jersey' and became a cycling star. His name was Alfredo Binda, a young man from Varese who later became known to the world thanks to his five Giro d'Italia wins, a record that, to this day, has yet to be broken. His dominance led him to win the 1925, 1927, 1928 and 1929 editions.

Alfredo was a complete rider, practically devastating on all surfaces. His speed was impressive on any type of climb. He had a rhythm that allowed him to accelerate in the time trials and resist long distances. In addition to this he was capable of reaching high speeds in unfavorable weather conditions. Although there was no questioning his talent, his attitude turned out to be something else. 'Il Campionissimo' seemed far from the charismatic characters that the masses liked, he distanced himself from this whole world, showing himself to be a cold runner or, as they later defined him, 'snob'.

But something unprecedented happened. Before the 1930 Giro, the organizers and the authorities met and contemplated a solution for an athlete who won in everything he participated in. The undisputed dominance would have bored the competition, also affecting the sales of the newspaper 'La Gazzetta dello Sport', which was the main sponsor of the event. The solution to reverse this situation was to bribe the Italian cyclist: in exchange for a sum of money, Binda would not participate in the Giro that year. The deal was quickly struck, the champion demanding the winner's prize plus money from stage winnings. In total, the account for not running would be about 22,500 lire in total, which would be equivalent to 15,000 current euros.

The episode remained in the history of this sport, for the first time a cyclist was paid not to ride in the Giro d'Italia. The reason? It was too strong for the other runners.

1 Mortirolo grants another opportunity to Mikel Landa 2 Hubble finds unusual twist in the expansion rate of... 3 Exclusive: South Korea's new leader declares... 4 The 'Simón Bolívar' Symphony Orchestra... 5 The battle for Donbass is being fought village by... 6 Putin Pulse Alphabet to the Free World 7 "What has happened in Pakistan has nothing to... 8 The Prosecutor's Office does not appeal the acquittal... 9 Labor accuses low-paying companies of driving away... 10 First wounded of the Ukraine war in Madrid: "They... 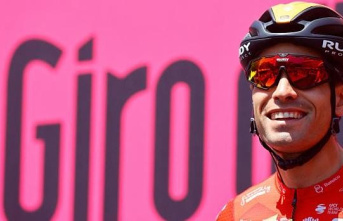