When and where Ricardo Caballer's 'macromascletà' is celebrated in Valencia

The 'macromascletà' organized by eight Fallas commissions from the Benicalap neighborhood already has a date and time after having to postpone it during the past Fallas 2022 in Valencia. 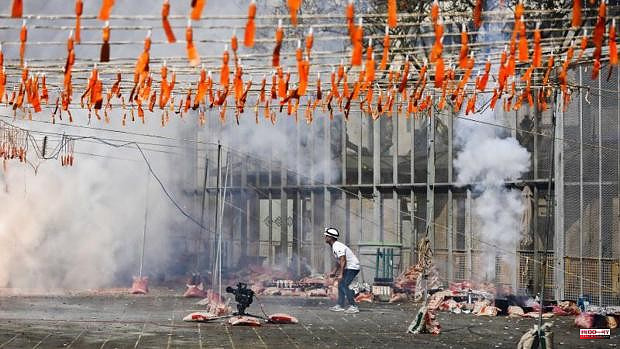 The 'macromascletà' organized by eight Fallas commissions from the Benicalap neighborhood already has a date and time after having to postpone it during the past Fallas 2022 in Valencia. An unmissable pyrotechnic event that will also feature different musical performances on a weekend with a holiday included.

The mascletà that Ricardo Caballer is preparing, after two consecutive suspensions, will take place in the Benicalap neighborhood next Saturday, June 25 at 9:00 p.m. An authentic pyrotechnic show that will have 6,5000 elements, four earthquakes, colors, several special endings and a total of 350 kilos of gunpowder.

In addition, the Caballer mascletà, which will take place in the open space of Avenida del Levante UD, in front of the Ciudad Fallera, will have the following program: at 8:00 p.m., a remember music session with DJs such as Vicente Ferrer, Víctor Pérez , Edu Veneno, Los Gemelos, Kike Jaén, Vicente Maffia and David López.

After that, there will be a break at 9:00 p.m. for the pyrotechnic show and once it is over, the music will return.

1 Monsempron Libos: The "star" animal of the... 2 Hendaye: A sinking sailboat, and its occupant saved.... 3 Lithuania raises 5 million euros in a popular collection... 4 Pessac is a cafe political on the topic of Urban planning... 5 Le Teil. Bomb alert at Intermarche - it was a hoax... 6 Cinema in Pessac: "Les Demoiselles de Rochefort"... 7 Saint-Vivien-de-Medoc: driving competitions back on... 8 Lacapelle-Biron: We still remember it 78 years later... 9 MotoGP. Italian Grand Prix: Bagnaia wins ahead Quartararo... 10 Lacanau: The Gliss'Art exhibit rides the wave... 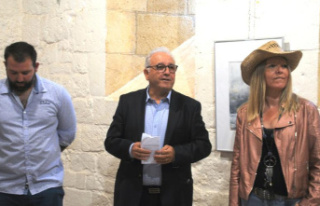 Monsempron Libos: The "star" animal of the...