Vladimir Putin justified his invasion of Ukraine alleging that he wanted to stop NATO's expansion towards Russia, among other reasons. 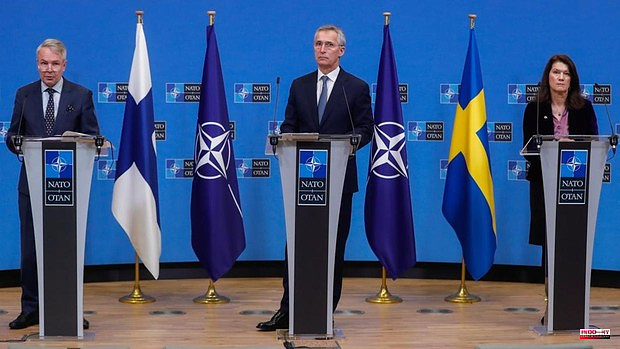 Vladimir Putin justified his invasion of Ukraine alleging that he wanted to stop NATO's expansion towards Russia, among other reasons. A maneuver that has not had good results, since after the start of the war up to two countries have formally requested their adhesion to the Alliance: Finland and Sweden.

First it was Finland on May 12. The country's president, Suali Niinisto, and the prime minister, Sanna Marin, jointly announced their intention, marking a geostrategic shift in their non-alignment policy. « Finland must apply for NATO membership without delay. This accession is not directed against anyone. You have caused this. Look in the mirror, "said the statement in clear reference to the Kremlin.

Just four days later, his Scandinavian neighbor followed in his footsteps. “It is the best option for the security of Sweden. Russia will not like Sweden and Finland joining NATO. We have to be prepared for a few difficult months, ”said the Swedish Prime Minister, Magdalena Andersson.

Finland and Sweden took the first step, and NATO responded. "If not now when? The accession will be fast”, assured sources of the Alliance. Because NATO must ensure that all its members meet strict requirements, the main one is to be a functional democracy, of which there is no doubt in the case of Finland and Sweden, something that has helped speed up the process. On May 19, both nations officially submitted their application to join the organization. “This is a historic event at a critical time for our security. You are our closest allies," said Jens Stoltenberg, NATO Secretary General.

With the formal request already in the hands of the Alliance, the accession process begins. At this moment the 30 members of NATO come into play, in charge of starting negotiations with Finland and Sweden. And Madrid will be the place where these conversations will begin.

The Spanish capital will host the NATO summit from June 28 to 30, which will deal with, among other issues, the incorporation of the Scandinavian countries. With the exception of Turkey, it is foreseeable that the rest of the partners show their approval. But this is merely the beginning of a long process that could last until the end of the year and even at the beginning of 2023. Because everything starts in Madrid, but it is Brussels, NATO headquarters, where the bulk of the dialogue will take place.

There, the adaptation and ability of the candidates to meet the Alliance's standards in terms of defense will be discussed. After that, a timetable will be set for Finland and Sweden to adjust their military structures. In this sense, no great difficulties are foreseen, since both countries have interacted on several occasions with NATO members.

After the commitment of the nations to comply with the obligations of the Alliance, there would then be the drafting and signing of the protocols that amend the Washington Treaty. Some amendments that must be ratified by the 30 current members unanimously. And it is here that the main obstacle for Finland and Sweden to join NATO will be.

Since both Scandinavian countries announced their intentions to join, Turkey has always shown its rejection. Because Finland and Sweden refuse to hand over Ankara to members of the Kurdish Workers' Party (PKK), considered a terrorist organization in the Ottoman country.

“Sweden is an incubation center for terrorist organizations. They host terrorists. In your Parliament there are deputies who defend terrorists. We will not say 'yes' to those who host terrorists when they want to join NATO," said Turkish President Tayyip Erdogan.

Turkey's signature is fundamental and its refusal could lengthen the process. However, Erdogan has stated that he is willing to allow entry in exchange for certain compensation. The main one is the extradition of PKK members, although he also demands that the limitation on the purchase of weapons imposed by Stockholm and Helsinki in 2019 be ended.

In the event that this obstacle is overcome, the only thing left would be the ratification of the candidates in their respective parliaments. In case of approval, Sweden and Finland would already be official members of NATO.

1 The White House draws up a list with instructions... 2 G7 agrees to sanction Russia by blocking its defense... 3 What does it mean that Russia has entered into suspension... 4 BBVA's new notice to its customers for June 30 5 From leader of the ultras to president of Hertha 6 The 23 from Spain for the European Championship: Salma... 7 The PSOE hangs the LGTBI flag from the windows of... 8 Toledo City Council displays the rainbow flag to express... 9 Runners will have a discount to travel with Renfe... 10 Aspace demands a comprehensive plan so that people... 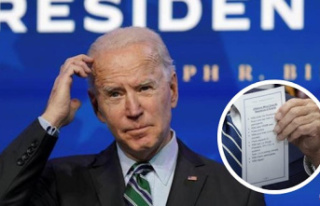 The White House draws up a list with instructions...