What it costs to open the Madrid Metro 24 hours at the weekend: above 60 million annually

The specifications of the current tender for the Madrid Metro security contract include among its clauses the possibility that this public transport service will offer 24-hour service on weekends in the future. 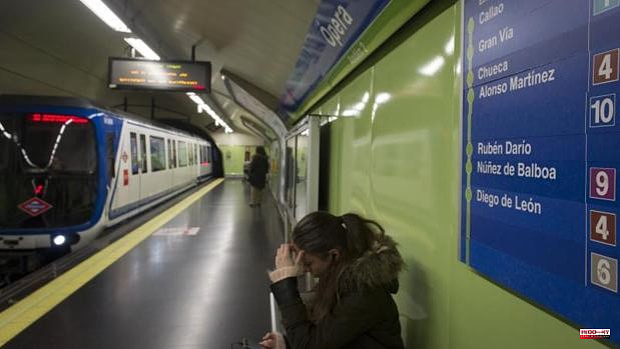 The specifications of the current tender for the Madrid Metro security contract include among its clauses the possibility that this public transport service will offer 24-hour service on weekends in the future. The company ensures that it has been included only "as a hypothesis" and does not plan to carry it out. But it is not the first time that this issue has come to the fore: in fact, the Metro has already had the experience of not closing twice before: during the 2017 Pride festivities, and after the Filomena snowstorm. The estimated cost of opening uninterruptedly during the weekends would exceed 60 million euros per year.

The key, advanced by Ok Diario, is in the explanatory statement of the security contest, which has just been published this week in the Official Gazette of the Community of Madrid.

It states that "the total scope of the contract may be increased or decreased, if the needs of the service or the infrastructure to be monitored so advise". For issues such as "the extension of lines, the closing or opening of stations or accesses, or changes in network operating hours."

Specifying even more, at another time it states that during the term of the contract -four years, extendable to five- «it is estimated that the following variations of the facilities to be monitored on the current situation may occur». And he cites several that are going to occur, such as the expansion of some lines or the construction of the Conde de Casal interchange, and then points out "the possible increase in the hours of service to passengers, due to the opening during the 24 hours on the eve of holidays and weekends.

A possibility that according to sources from the Ministry of Transport, directed by David Pérez, "is a hypothesis that is handled in the contract, but it is not going to be carried out." The fact is that it appears in a relationship along with other circumstances that will occur.

The opening of the 24-hour Metro has been cherished for years by the regional authorities. It is something that occurs in other subways around the world, and that has been tried here on a few occasions: specifically, it was launched for the first time in 2017, during the Pride festivities, when the Minister of Transport was Pedro Rollán. Later, in 2021, it started up again due to the Filomena snowstorm, which blocked the city's roads and prevented traffic: between January 8 and 16, the Metro opened 24 hours and was practically the the only means of transport that citizens could use to get around.

As for the cost of this possibility, in the case of Pride it was calculated that the cost of opening the Metro -on the entire network, except for lines 7B, 9B, 10B and 12- was 400,000 euros per night. What extrapolated to the whole of the year would mean a cost of about 42 million euros per year.

In the case of the Filomena storm, the figures were considerably higher: the nine days that the Metro was operating without interruption cost 5,500,000 euros. Of that amount, 2,865,000 went to personnel costs, 41,807 were energy costs -at the prices of that time-, and 420,000 euros were also invested in cleaning, and 116,945 euros in extra security.

The resulting figure, for the equivalent of four weekends a month, allows us to calculate an annual cost of around 66 million euros. That they are quite close to the 60 million that the then Minister of Citizen Transport, Ángel Garrido, calculated when he proposed this opening in September 2019, taking into account the electoral promise of this party in the regional elections of that year.

Something that he reiterated in November of the same year, already announcing a preliminary study for its gradual implementation, which never took place. The calculation then was about 468 hours of additional service per year, and an increase in staff estimated at 250 agents and 117 fleet units.

The security contract that has now opened the period for submitting offers -until June 29- should be awarded at the end of December. It will entail spending 265 million euros on Metro security for the next four years. The specifications are divided into five lots, corresponding to the lines that make up the network and other premises owned by the company, and provide for the possibility of signing a one-year extension, in addition to the four that are established in the specifications, for which the estimated value of the agreement would amount in this case to 337.7 million euros.

Metro will have daytime and nighttime extra car surveillance services for any extraordinary need that may arise during the performance of the works. The safety of the Madrid underground is highly valued by users in the latest survey carried out in April this year, which gives it a score of 7.67 out of 10.

1 Those infected in Madrid by monkeypox rise to 141... 2 The Imserso de Podemos that ruins hotels: 22 euros... 3 Arrested in Gerona the owner of 57 mutilated fighting... 4 Bulgarians, Hungarians and Slovaks do not blame Putin... 5 The untold story of Pedro Acosta 6 The PPdeG accuses Sánchez of «disconnecting Galicia»... 7 20 years of internment in a psychiatric hospital for... 8 Kuwait Protests US Embassy's Pro-Gay Propaganda 9 Romeu: "Barça's wage bill is 560 million,... 10 Nadal - Zverev, live today: Roland Garros 2022 match,... 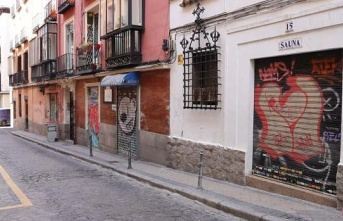 Those infected in Madrid by monkeypox rise to 141...