What is 'Plastitar', the marine pollution of the 21st century that has already reached the Canary Islands 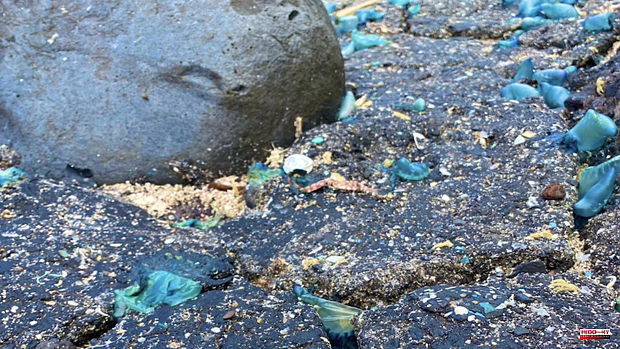 This new threat is a mixture composed mainly of tar (commonly known as "piche") and plastic materials to which researchers have assigned the name 'Plastitar' ("tar" is the English name for tar). This type of pollution is the result of years of lack of protection and lack of respect for the ocean, since it originates from punctual spills of crude oil from ships, which when reaching the coasts cover the rocks of the coast, constituting a semi-solid matrix to which a multitude of plastic fragments of different shapes and sizes are incorporated.

The mixture of 'piche' and plastic already covers the Malpaís de Güímar (Special Nature Reserve in Tenerife), Arenas Blancas (Rural Park in El Hierro), Famara (Natural Park in Lanzarote) and Playa Grande (Tenerife), and it is not rules out its presence in other coastal areas of the archipelago. An article recently published in the journal Science of the Total Environment has sounded the alarm, after finding evidence of the presence of plastitar in several Canary Islands.

In this last point, a rocky area located in the intertidal zone has been studied in detail, analyzing the type of plastic embedded in these formations, where mostly polyethylene fragments and pellets have been found, as well as polypropylene, which coincides with the type of microplastics that reaches the beaches of the Canary Islands.

Plastitar thus joins other types of new formations linked to the presence of plastic waste in the marine environment such as plastiglomerates, product of the incomplete and uncontrolled burning of waste, including plastics; the plasticrusts, plastic fragments embedded in the rocks of the coast by the action of the waves; the pyroplastics, with the shape and appearance of rock that arise from molten plastic waste; and the anthropokines, sedimentary rocks that contain plastics and are known as the cultural heritage of the Anthropocene.

The research team from the University of La Laguna has pointed out the importance of continuing to carry out studies that assess the degree to which the Canary coasts are affected by these pollutants, their degradation and their potential effects on the organisms present in the intertidal zone, as well as their possible presence in other parts of the world.

1 Kleta promotes sustainable mobility in Barcelona 2 How much money does the winner of Roland Garros 2022... 3 Why is the Roland Garros trophy called the 'Musketeers... 4 The Tour of Mallorca A3 begins 5 When does the Shein 'pop up' store in Madrid... 6 Silvia's family, in a coma after a cosmetic operation:... 7 Round trip ocean races for the IMOCA and Ultim 32/23 8 Nadal: "I'd rather lose the final for a... 9 The J Class will star in the Super Yacht Cup that... 10 Luky Serrano: "There are no judges and officials... 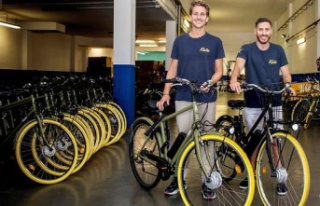