The Court of Instruction number 15 of Valencia is once again at the forefront of the case that investigates the management that the Ministry of Equality and Inclusive Policies made in 2017 of the sexual abuse of a 14-year-old minor under guardianship by the ex-husband of her until now maximum responsible, Mónica Oltra. 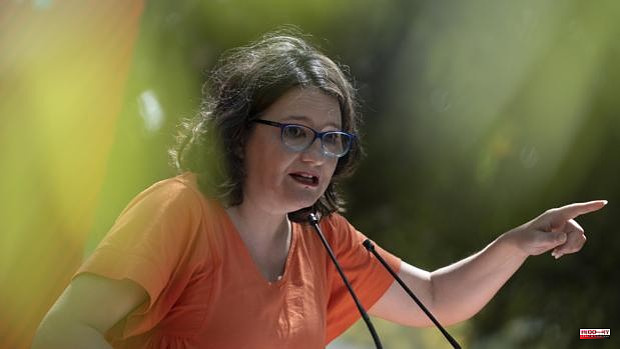 The Court of Instruction number 15 of Valencia is once again at the forefront of the case that investigates the management that the Ministry of Equality and Inclusive Policies made in 2017 of the sexual abuse of a 14-year-old minor under guardianship by the ex-husband of her until now maximum responsible, Mónica Oltra.

The Superior Court of Justice of the Valencian Community has returned the investigation against thirteen charges, officials and workers of the Nino Jesús center in Valencia to the investigating judge Vicente Ríos, after Oltra lost her status as an appraisal by renouncing the act of autonomous deputy.

Ríos asked the TSJ to charge the leader of Compromís, so the next natural step, after canceling the statement of the former vice president before the Civil and Criminal Chamber, would be to cite her as being investigated in the investigation.

At the moment, the judicial procedures continue their pace and it is expected that the return journey will be faster than the outward one: the reasoned statement of the instructor was raised in April to the TSJ, which did not charge Oltra until June. But, in this sense, a detail that was unknown to date and that can prolong the process is especially important: the opening of a separate secret room by the magistrate last March.

An annex to the original procedure that would start from the reserved file that, according to the judge, was used to discredit the 14-year-old victim and exculpate her aggressor, Luis Ramírez Icardi, sentenced to five years in prison and awaiting appeal in the Supreme .

In fact, one day before the leader of Compromís announced her resignation from all her positions -made official eight days later-, the Judicial Police went to the headquarters of the Territorial Directorate in Valencia of the Ministry of Equality to obtain the original report with its corresponding certificate of authenticity. A record that lasted around eight hours, despite the fact that this document had already been contributed to the case by one of those investigated in her statement in court.

Now, it is also likely that Mónica Oltra's lawyers will recommend that she not testify until she knows the content of that secret piece, although that would also contribute to lengthening the investigation, taking into account that the regional elections, scheduled for May 2023, are at hand. around the corner.

That administrative document on the abuses was initiated by the then deputy director of Childhood and Adolescence, Gemma Plaza, at the request of her superior, the general director Rosa Molero -who is still in her position-, on August 8, 2017, when a judge had already issued a restraining order from the aggressor on the victim. This "parallel" investigation to the judicial one, according to the judge, focused on removing credibility from the minor's testimony.

The report articulates, in large part, the accusation against the former minister and her team. So much so, that the Superior Prosecutor's Office alluded to indications of presumed prevarication in Oltra's actions, whom he pointed out for verbally ordering his subordinates to open this reserved file after receiving a judicial notification at his house on August 4.

In his extensive reasoned statement submitted to the TSJ, the head of Instruction number 15 alluded to the creation of a document "apparently devoid of any meaning and that entailed the use of public, human and material resources, with the consequent cost." All with the aim of "discrediting the minor and interfering in an ongoing criminal procedure in which her husband -Oltra's- was the one under investigation."

The "Reserved Report 1/2017" was concluded in November and sent to the Prosecutor's Office. However, despite its exculpatory nature and for unknown reasons, it was not included in the trial against Icardi, which had to be partially repeated for this issue.

The current case has its origin in two complaints from the victim's lawyer and leader of Spain 2000, José Luis Roberto, and the Gobiérna-Te association, chaired by the co-founder of Vox Cristina Seguí. Both took refuge in the judgment of the Audiencia de Valencia that condemned the educator and in which indications of cover-up by the Equality staff were already indicated. In addition, the formation of Santiago Abascal exercises popular accusation.

1 They sneak into Port Aventura and climb to the top... 2 Hosbec admits that "the objective of matching... 3 The Diputación de Alicante promotes the fourth edition... 4 AVE admits that the works of the Mediterranean Corridor... 5 Carlos Mazón: «There is not a single health data... 6 Viveros 2022 concerts in Valencia: program of performances... 7 A couple of businessmen arrested in Alicante for exploiting... 8 A "historic bullfighting fair" in Palencia... 9 Cs starts its refoundation with a listening process... 10 "Socialist fagots": homophobic graffiti... 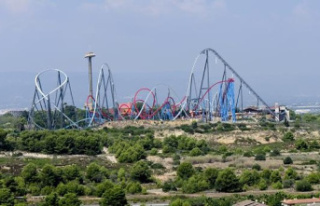 They sneak into Port Aventura and climb to the top...