We speak Spanish has warned Mónica Oltra -as Conseller secretary of the Consell- that European regulations will overthrow the imposition of Valencian in classrooms by the Generalitat, which this association intends to stop with a Popular Legislative Initiative (ILP) backed by nearly 40,000 signatures ( four times the legal minimum). 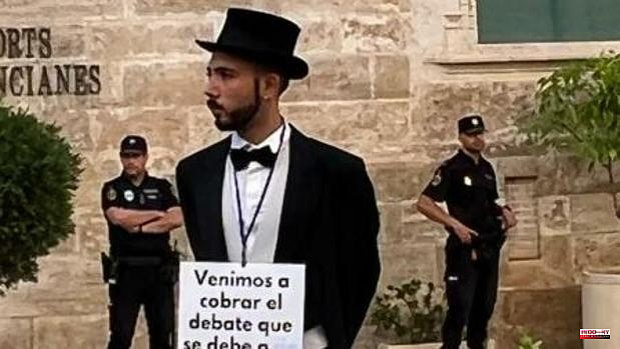 We speak Spanish has warned Mónica Oltra -as Conseller secretary of the Consell- that European regulations will overthrow the imposition of Valencian in classrooms by the Generalitat, which this association intends to stop with a Popular Legislative Initiative (ILP) backed by nearly 40,000 signatures ( four times the legal minimum).

In a statement responding to the report "unfavorable to taking into consideration" this legal proposal so that families can freely choose which language their children study in, the entity led by Gloria Lago brings a new approach to the linguistic conflict, with a international.

«The model of free choice of language is the only one that allows Spain to comply with the commitments acquired by ratifying the European Charter for Regional or Minority Languages», they detail, in addition to anticipating that, according to article 96.1 of the EC, «the Validly concluded international treaties, once officially published in Spain, will form part of the internal legal system.

The proposal of Hablamos Español, according to its promoters, "respects the linguistic rights of speakers of both official languages, is based on comparative law and is the only possible one if you want to comply with the Spanish Constitution" and those community agreements. "This is a problem for Mrs. Oltra, signer of the report, and for her government partners and therefore she refuses that we can intervene, debate and reply in plenary to defend our law," they point out.

They even accuse the Generalitat, in this assessment addressed to its vice president, that this "refusal" to allow them to be debated in the Valencian Courts "implies a flagrant breach of the law that regulates the ILP in the Valencian Community." In his opinion, "it is the result of the fear of contrasting their ridiculous, fallacious and inconsistent arguments with ours, but if they persist in their attitude, which is contrary to the law and the Constitution, we will resort to the Constitutional Court to defend our rights and We will bring to justice those who are violating them.”

In the report signed by Oltra on behalf of the government of Ximo Puig (the PSPV-PSOE coalition with Compromís and Podemos), the first consideration for not wanting to process the ILP is that according to the latest data handled by the Generalitat, only 30% of the population is "fully competent in Valencian", so it is "a social duty to correct imbalances and move towards full linguistic equality". This policy of promoting the use and teaching of Valencian -according to the regional leaders- has already "had beneficial implications for the promotion of values ​​such as coexistence and citizen cohesion now".

Against this thesis, from Hablamos Español they maintain that even if there were a percentage of 90% of citizens who prefer to use one of the languages, that "does not violate equality of linguistic rights at all." And, consequently, they believe that "the Consell, therefore, ignores, rather rejects, an elementary principle of a truly democratic regime and that can be stated as follows: when there are several compatible options in its individual exercise, it must be allowed that each exercise what they prefer and not force everyone to exercise a certain one».

And they add that there may also be a certain proportion of citizens who assume both languages ​​as their own and may be considered – due to their family and social circumstances – perfectly bilingual, "which is neither better nor worse from the moral point of view."

The Generalitat also rejects this model of free choice of the language of Hablamos Español as it is considered "outdated", to which this association replies with various arguments. “In no country in the civilized world is it compulsory to study, even partially, in a regional language, and it is even unusual that teaching is allowed in a purely regional language; that is to say, that it is not an international and official language throughout the territory of another country”, they point out. As the closest exception to reality here, they mention Wales, where nationalists have been calling for a referendum on independence from the United Kingdom for years. "Wales would be a unique example along with Spain, although there, how could it be otherwise, families choose the vehicular language," they compare.

1 The Canary Islands and the millionaire economic opportunity... 2 GOP lawmaker quits following being 'annihilated... 3 White King and Super Trip ce crown with all deserved... 4 Teresa Rodriguez defends in Granada the Andalusian... 5 Sanchez appeals for "red pride" to vote... 6 They discover 400,000 euros in wads of bills in the... 7 At least three dead and eleven injured in a shooting... 8 Russia threatens to attack new targets if Ukraine... 9 Nadal live today: Roland Garros 2022 final against... 10 Where to watch Rafa Nadal's match against Ruud... 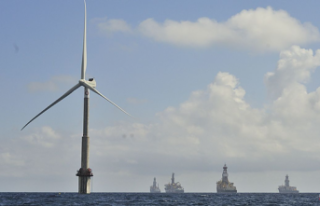 The Canary Islands and the millionaire economic opportunity...