The association We speak Spanish has denounced this Monday that Luis Felipe Martínez, sub-delegate of the Government in Valencia, has "prohibited" the concentration that they had planned this Tuesday before the Valencian Courts to claim freedom of language in the face of impositions and a debate in the regional Parliament . 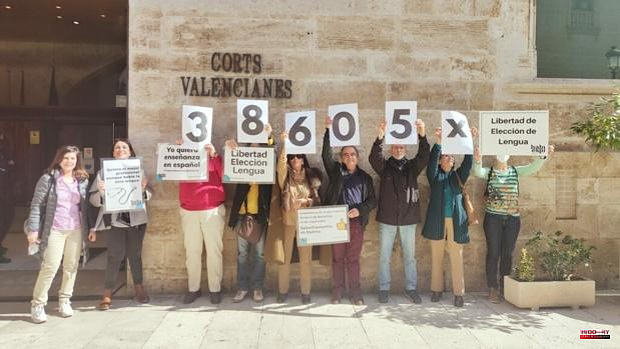 The association We speak Spanish has denounced this Monday that Luis Felipe Martínez, sub-delegate of the Government in Valencia, has "prohibited" the concentration that they had planned this Tuesday before the Valencian Courts to claim freedom of language in the face of impositions and a debate in the regional Parliament .

“We will go anyway, we will be 20, the legal maximum for meetings without communicating”, they have announced, about their intention to express their discomfort in the street, without committing any legal infraction.

In his opinion, from the administrations "they trample on the law by not allowing debate, they go beyond the Spanish Constitution and now they do not allow protesting either", since their request now was to debate in the Chamber their Popular Legislative Initiative (ILP) to defend the families of students, civil servants and, in general, the population, of the "imposition" of Valencian that they detect in different situations and areas.

“From the Asociación Hablamos Español we appeal to the forty thousand signatories of the ILP of Freedom of Choice of Language and to all those who support what we defend”, they have indicated on their website. "We appeal to political parties, social agents, and those who believe in respect for the rights that the Spanish Constitution gives us citizens," they added.

The entity directed by Gloria Lago seeks social support to demand that the parties of the Government of the Valencian Community allow the exercise of the right to defend the law of freedom of choice of language before the Valencian Courts. “A right that we have earned by providing the four times the legal number of adverse signatures required, and that they want to take away from us,” they lamented.

Specifically, they point out that the law that regulates popular legislative initiatives (ILP) in the Valencian Community clearly states that they have the right to defend this law before the plenary session of the Cortes with the same time as parliamentarians and with a turn to reply. Later, once the ILP has passed through the Education Commission, they can also participate in the plenary session, for the vote on that norm.

But for them to be able to intervene in that plenary session, a change must be made in the regulations. "The law that regulates the ILP gave the Valencian Courts a period of three months after its entry into force to make this adaptation of the Regulation, but they did not lift a finger to fulfill their obligation," they criticize, about this delay for a procedure that could be resolved any Monday when the Regulation Commission meets.

«They want to dispatch us by sending us to a commission, without a debate where we can put forward our arguments. They want us quiet. They refuse to openly defend the freedom of choice of language in a Spanish parliament for the first time, ”they explain.

Their demands are to eliminate language barriers, that children can study in the common language and that co-official status in public administrations be respected.

And they have worked for the ILP enabling notaries, collecting the signatures following the rules, "in the midst of a pandemic, on the street, with cold and with heat."

Faced with this situation of "violation of fundamental rights contained in the Spanish Constitution", they will go to the Constitutional Court for protection, "but it is a slow process and the Table of the Valencian Courts also refuses to paralyze the deadlines."

1 Citizens call the vice president of Castilla y León... 2 Drome. The municipality is trying to charge the authors... 3 Gironde Football Championships: SA Cissac & Bassin... 4 Netherlands: Gazprom suspends gas delivery to one... 5 New approach of Lewandowski to the Barça 6 Teen Rune takes down Tsitsipas 7 Inflation soars in Germany to 7.9% in May, a record... 8 Saint-Paul-de-Varces. Isere: A paraglider who was... 9 Miscellaneous facts. Rennes prison guards are accused... 10 Arrested a house robber who hid his loot in a baby... 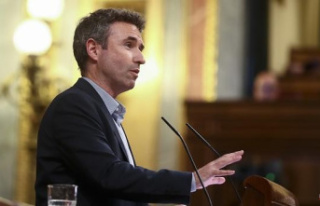