«We miss bathing in the Tagus River, hunting frogs and paloduz»

The Mays will play their hymn again this weekend: 'El trasvase', a song that the band published at the end of the 70s on Chapa Discos, and whose lyrics are more relevant than ever. 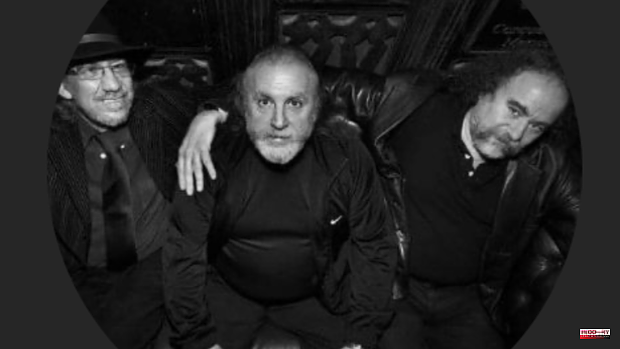 The Mays will play their hymn again this weekend: 'El trasvase', a song that the band published at the end of the 70s on Chapa Discos, and whose lyrics are more relevant than ever. They will do so at the 'Music for the Tagus' festival, which has been organized by the Royal Toledo Foundation on the occasion of 50 years without baths in the Tagus River and which is held in Safont Park with the participation of more than twenty groups from Toledo.

The band has also participated in the album that has been released for the occasion, with a remastered version. Its lyrics, written by one of the band's founders, Fernando del Buey, known in Toledo as 'El Vaca', could have been written today.

His brother, José María Aramendi 'May', is the author of the music, pure 70's and 80's rock. 'Judeo-Masonic Conspiracy', starting at 8:20 p.m. on Friday, the first day of the festival. Carlos Ávila, Pilar Moxó, Triple J. Band, Almez and Ana Alcaide, who will close the day, will also perform that day.

'May' regrets that more than 40 years have passed since his band published 'El Trasvase' and "everything remains the same": "That was a shame because the river was very clean, with its Safont beach; we have known it well, we have bathed a lot there, there were beach bars and the river was integrated into the city; I remember the days of bathing, hunting frogs, (which are the first to disappear when pollution arrives), and collecting paloduz on the banks of the river».

The group has always been supportive and has been willing to collaborate for a clean Tagus River, although José María Aramendi is not, however, very optimistic and believes that "we will continue flushing the toilet", just as they did at the end of the song, as a metaphor for the nauseating state of the river. And he believes that bathing in the Tagus again, as some politician promised a few years ago, is "science fiction." Fernando, on bass, Samuel Meco, on drums, and 'May', on guitar, accompanied by his son Víctor José Aramendi, will shout again on Friday against the transfer, a war that is more alive today than ever.

1 Expo Leóni4: a bridge that unites industry and talent 2 Couples, sun, love and conflict: the Canary Islands... 3 Ukraine kills Alexander Kislinsky, Russia's "hero"... 4 Taxi drivers protest in Madrid, live 5 Nicolás Correa: a young company with 75 years 6 Avícola Galocha: a business that grows with many... 7 Ornitocyl returns to Ávila from June 17 to 19 8 The businessman who was investigated by Villarejo... 9 Iberia begins operating long-haul flights with Repsol... 10 Audios of Thebes appear: «You have to kill Rubiales... 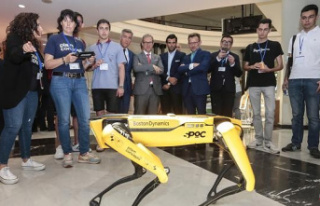 Expo Leóni4: a bridge that unites industry and talent