The Mona Lisa of pop culture, named Marilyn Monroe by the grace of Andy Warhol, has marked a milestone at Christie's. 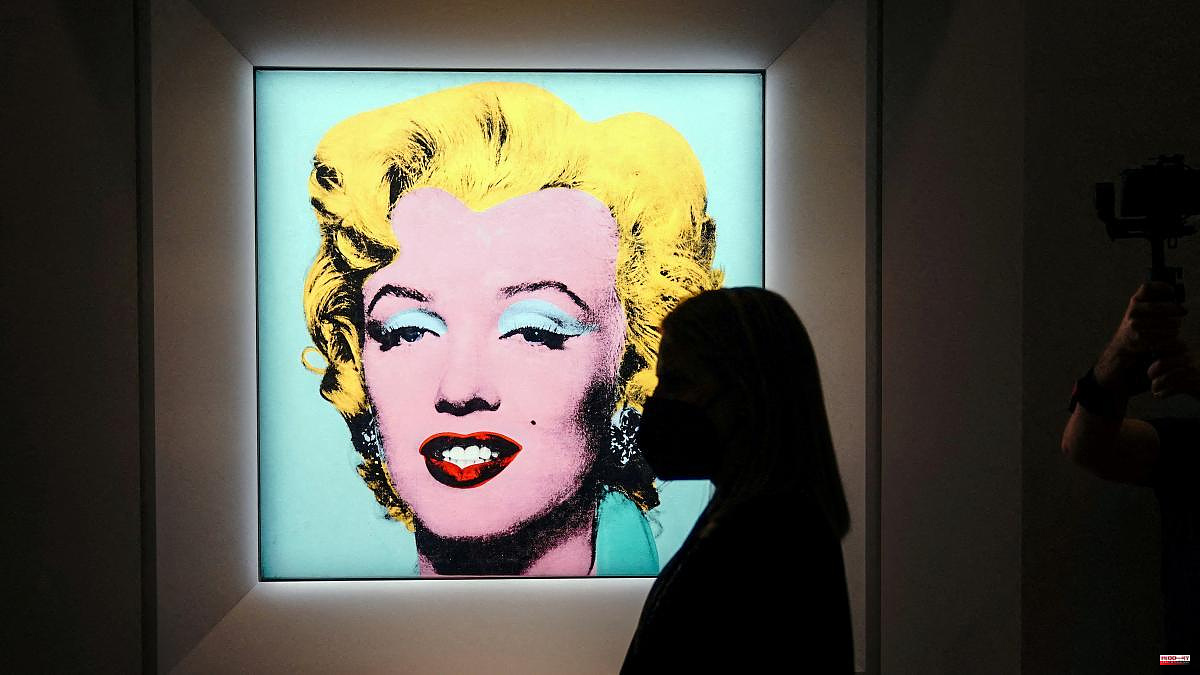 The Mona Lisa of pop culture, named Marilyn Monroe by the grace of Andy Warhol, has marked a milestone at Christie's. Warhol's iconic portrait of the actress in 1964, two years after her death, sold for $170 million in Jussi Pylkkanen's sledgehammer blow on Monday, rising to $195,040,000 with taxes. The figure has remained close to the 200 million that had been forecast.

This auction, chaired by Marilyn throughout the evening, since its sale was the icing on the cake, means the highest price paid by an American artist. In 2017, a Basquiat skull fetched $110.5 million at Sotheby's, dwarfing Warhol's own car accident sale for $105.4 million in 2013.

It has also been surpassed on paper, although the value of the dollar is different, the maximum that had been paid at auction for a creation of the 20th century: the 179.4 million dollars paid in 2015 for The Women of Algiers (version 0) by Pablo Picasso. It is only overshadowed by Leonardo's Salvator Mundi, which was sold at Christie's in 2017 for 450 million dollars, despite the fact that many experts despised that work for its manipulations or even for doubts about its authorship.

It has been just four minutes of dispusta without the name of the buyer being revealed at the end. The competition has developed between a bid in the room, which has been made by the dealer Larry Gagosian on behalf of someone, and three other interested parties by phone. It has started at 100 million and soon they have reached 150. However, there it has stopped. Pylkkanen has taken the best arts out of him so that the price climbed, but once in the 170 million, and despite his continuous appeals to the four who bid, the thing has not given more of itself. There has been a certain anticlimax, because there were those who considered that it could reach 400 million. There has been no environment to achieve that goal.

Hours before the auction, the Christie's headquarters in mid-Manhattan, in the Rockefeller Center area, was in a continuous procession to see the exhibition of the works that were going to be sold on Monday night, at the start of the auctions. of spring. This first session was a charity sale of works from the collection of the Swiss brothers Thomas and Doris Ammann, both of whom are now deceased. Proceeds from the 36 works for sale will go to his foundation, which is dedicated to children's programs. The total collection amounted to 318 million dollars.

The key work, where everyone stopped and took pictures, was the Marilyn, one of the riddled Marilyns, the sage-colored (Shot Sage Blue Marilyn), which Warhol made in 1964, in a set of five versions: red , orange, sage, blue and turquoise).

"I see money," said one of the observers who identified himself as an art critic. "But it's certainly a great piece of work," he added. "I love everything Warhol did," replied a woman to whom her companion took several photos, in different angles and positions. "As a child I already asked my father to buy me a printed copy of this same work that was being sold. It cost ten thousand dollars, which today must be one hundred thousand." Well, no, the father told him that he didn't give him that money.

Christie's launched a highly theatrical pre-sale campaign for one of Warhol's most appreciated creations. When it was installed at the end of last month for public exhibition, they laid out the red carpet with an illuminated sign, in which the names of the artist and the legendary actress were joined, which led to the room where the painting was exhibited, of 101.6 by 101.6 centimeters.

"The most important 20th-century painting to come up for auction in a generation, Andy Warhol's Marilyn is the absolute pinnacle of American pop and the promise of the American dream, encapsulating optimism, fragility, celebrity, and iconography all at once." Alex Rotter, Christie's president of 20th and 21st century art, said in a statement. "It's one of the great paintings of all time," he added. He put it next to Leonnado's Mona Lisa, Botticeli's The Birth of Venus and Picasso's Les Demoiselles d'Avignon.

Warhol chose for his creation a promotional photo of the actress in the film Niagara, directed in 1953 by Henry Hathaway, with Joseph Cotten as a co-star. He did a series of five versions. He used an innovative and laborious printing system, with acrylic and serigraphic ink on linen.

Before art dealer Leo Castelli put them up for sale in his Manhattan gallery, the author had them in his studio, known as The Factory. A woman named Dorothy Podber, supposedly a "performer", asked the artist if she could "take some shots". Thinking that they were shots with a camera, Warhol had no problem. However, the shot was from a pistol, between Marilyn's eyes. Hence, these works are known as "the riddled Marilyns".

The four creations were stacked, except, apparently, the turquoise one, which came out unscathed. Warhol restored them, but this only increased interest in these paintings. According to Rotter, the one Christie's owned was not pierced by the bullet. But many of those who came to see the work this Monday, in the last opportunity to see it before its sale, pointed to the area between the eyebrows, looking for traces of the armed attack.

His choice of studio portrait, the cutout of Marilyn's face, and the color contrast draw attention to her lips, which oscillate between a smile and a clenched-toothed expression. It's that tension that gives her the magic touch, the experts explained. The contemplation of her attracts by the blue eye shadow, the blond hair and the red lips of her. This work has been exhibited in large institutions such as the Guggenheim in New York, the Pompidou Center in Paris or the Tate Modern in London.

Three other versions of this trophy are in the hands of American collectors: Steven A. Cohen (turquoise), Kenneth Griffin (orange), Peter Brant (blue). The fourth would correspond to the Greek billionaire Philip Niarchos (the red one).

The one auctioned on this occasion belonged to the Ammann brothers, who in 1977 founded their gallery in Zurich, specializing in impressionist, modernist, post-war and contemporary artists. After Thomas's death in 1993, Doris continued with the gallery. She passed away last year.

The Amman brothers bought this painting from magnate S.I. Newhouse jr. in 1998. That year, Newhouse bought the orange Marilyn at Sotheby's for $17.3 million. After his death in 2017, Ken Griffin acquired it privately for about 200 million.

1 What role does Sareb play after ten years of life 2 The prologue writer 3 Altamar joins Credit Suisse and strengthens investment... 4 They find a bust of the Roman Empire in Texas, a treasure... 5 Two Twitter executives leave the company in the middle... 6 14 venues will host about 200 concerts in the Spring... 7 Nueva Pescanova and Kimitec will develop natural probiotics... 8 'Billy Elliot' says goodbye on May 22 with... 9 Moventia and Sherpa take their bikes to 5 countries... 10 BARQ opens its second edition with a commitment to... 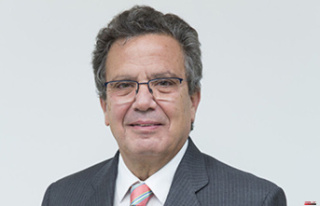 What role does Sareb play after ten years of life