War in Ukraine: Mariupol in the hands of the Russians, counter-attack hoped for in June ... the point on the 87th day of fighting

If Russia has withdrawn part of its troops from northern Ukraine, it is to better concentrate its forces in the regions of Luhansk and Donetsk. 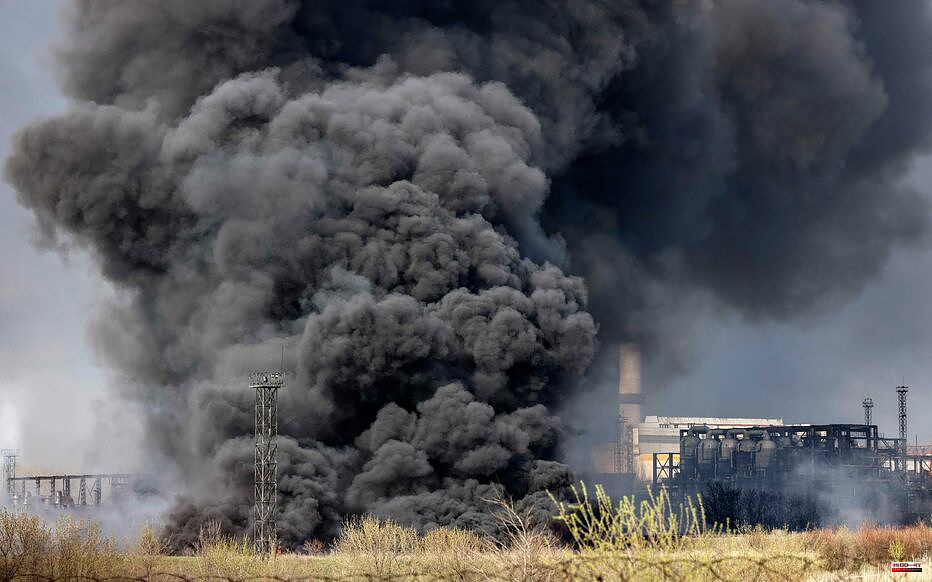 If Russia has withdrawn part of its troops from northern Ukraine, it is to better concentrate its forces in the regions of Luhansk and Donetsk. These two regions in the south-east of the country are still under heavy attack, almost three months after the start of the Russian invasion.

In his daily video this Friday evening, Ukrainian President Volodymyr Zelensky also estimated that "attempts to attack Donbass" were continuing and that Russian forces had "completely destroyed Rubizhne and Volnovakha, just like Mariupol". "They are trying to do the same with Severodonetsk and many other cities," he concluded.

End of fighting in Mariupol

This is a symbolic step forward for the Russians. This Friday evening, Moscow announced that it had taken full control of the Azovstal steelworks - the last pocket of Ukrainian resistance in Mariupol - when the last fighters surrendered. Footage, released by Russia, showed cohorts of men in combat gear emerging from the steelworks, some with crutches or bandages, after a long battle that had become a symbol of Ukrainian resistance to the Russian invasion .

For its part, kyiv refuses to speak of surrender. "The higher military command gave the order to save the lives of the soldiers of our garrison and to stop defending the city", said, in a video on Telegram, the commander of the regiment Denys Prokopenko, a large bandage on the right arm and the swollen left, from what appeared to be an underground room.

Ukraine hopes to exchange prisoners of war, but Russia has said it considers some of them to be "neo-Nazi" fighters, implicitly targeting the Azov regiment. The International Committee of the Red Cross has urged both sides to grant it access to prisoners of war and civilian internees, "wherever they are held".

Luhansk and Donetsk under attack

Moscow announced it and Ukraine expected it: Russian forces are now concentrating their attacks on the Donbass. "The enemy is constantly carrying out offensive operations in the eastern operational zone in order to establish full control over the territory of the Donetsk and Luhansk regions and to maintain the land corridor with the temporarily occupied Crimea," the statement said. Ukrainian Forces Staff on Facebook this Saturday morning.

A counter-offensive expected in June

However, the governor of the Luhansk region remains optimistic. "While we are resisting, our troops are receiving foreign weapons, rearming, regrouping, and I think that in June we will see the counterattack," Sergei Gaïdaï assured on the night of Friday to Saturday.

At the end of the week, the American Congress also released a gigantic envelope of 40 billion dollars for Ukraine, aimed in particular at allowing Ukraine to equip itself with armored vehicles and to strengthen its anti-aircraft defense.

1 Guadeloupe: ten indicted for looting during the November... 2 The Government uses the internal controls of the Prosecutor's... 3 Celta looks for Zarra for Aspas in a Mestalla with... 4 A high Madrid wants the eleventh 5 A Barça without consolation says goodbye to Belgrade 6 Barça yearns for revenge and open a new era against... 7 Covid-19: Biden and Yoon Suk-yeol offer help to North... 8 They investigate the owner of two dogs in Cogollor... 9 A painter ends up in court for decorating a protected... 10 They judge a young man who abused his nine-year-old... 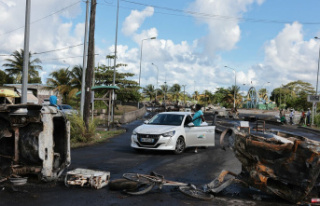 Guadeloupe: ten indicted for looting during the November...