War in Ukraine: fighting in the Donbass, negotiations on Mariupol ... the point on the 80th day of the fighting

Particularly intense fighting is raging in the Donbass region (eastern Ukraine), on which Moscow is concentrating without making a significant advance, while “very difficult” negotiations are taking place over the fate of the last defenders of the strategic city. 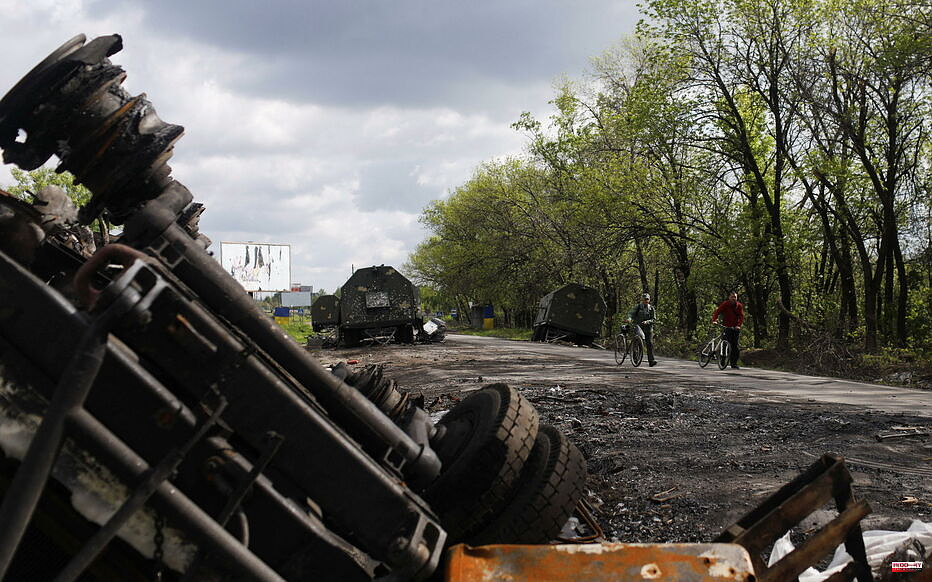 Particularly intense fighting is raging in the Donbass region (eastern Ukraine), on which Moscow is concentrating without making a significant advance, while “very difficult” negotiations are taking place over the fate of the last defenders of the strategic city. port of Mariupol. The point on the 80th day of the Russian invasion.

"There is heavy fighting on the border with the Donetsk region, near Popasna", commented Friday evening on Facebook Serguiï Gaïdaï, Ukrainian governor of the Lugansk region, reporting numerous losses in equipment and personnel on the side. Russian.

Read alsoWar in Ukraine: but who pays for the weapons sent by Europe to kyiv?

"It's a horror but they are still trying to achieve their ends. But from the intercepts (of telephone communications), we understand that an entire battalion refused to attack because they see what is happening,” he noted.

Very important activity in the Donbass

A US defense official, speaking on condition of anonymity, confirmed that the most significant Russian activity currently is taking place in the Donbass. “And basically we continue to see that the Russians are not making a significant hold” in this region, he said.

“Ukrainian artillery thwarts Russian efforts to gain ground, including their efforts to cross the Donest River (…) which affects their ability to send significant reinforcements to northern Donbass,” the source continued.

The British Ministry of Defense (MoD) said on Friday that Ukrainian forces had “successfully” repelled a Russian attempt to cross this river near Severodonetsk, causing Moscow troops heavy losses.

This operation illustrates "the pressure under which the Russian commanders find themselves to progress in eastern Ukraine", estimated the MoD, stressing that the Russian army had "not managed to make significant advances although it concentrated its forces there after “having given up trying to impose itself in kyiv.

A spokesman for the Ukrainian general staff noted on Saturday morning that the Russians had “not interrupted their offensive in the eastern operational zone. The enemy continues its missile strikes on industrial infrastructure and its firing at civilian targets throughout Ukraine.”

The General Staff itself, in its daily morning statement, reported that in the Donetsk and Tavriya region, the Russian army had used "mortars, artillery, grenade launchers and aerial means to inflict maximum damage to the Ukrainian army", targeting personnel, fortifications and buildings". Ten Russian attacks were repelled in 24 hours around Donetsk and Lugansk, he said.

According to the American Institute for the Study of War (ISW), Vladimir Putin "probably intends to annex southern and eastern Ukraine to the Russian Federation in the coming months".

“Ukraine and its Western partners probably have only a reduced window of opportunity to support a counter-offensive in the territories occupied before” their annexation, according to this body. The situation seems to have already reversed in Kharkiv, yet one of the priority targets for the Russians. "The main activity of the enemy in the Kharkiv region was the withdrawal of its units from the city of Kharkiv," said the spokesman for the Ukrainian General Staff.

"The gradual liberation of the Kharkiv region proves that we will leave no one to the enemy," Ukrainian President Volodymyr Zelensky said Friday evening in his daily message, announcing that the recovery of territories that fell into Russian hands was continuing.

We continue to restore the de-occupied territories of Ukraine. As of today, 1015 settlements have been de-occupied,...Posted by Володимир Зеленський on Friday, May 13, 2022

“As of today, 1015 localities have been liberated, six more in the last 24 hours,” he said. Water, electricity, communications, transport and public services have been restored there, he said, confident to keep in mind the cities and territories still under Russian occupation.

With a special thought for the 1,000 Ukrainian fighters entrenched in a maze of Soviet-era tunnels under the Azovstal steel plant in Mariupol, for whom "very difficult negotiations are underway on the next phase of evacuation, the seriously injured and the medical personnel”.

Women, children and the elderly who had taken refuge in these underground passages were all evacuated at the end of April thanks to an operation coordinated by the United Nations and the Red Cross after arduous negotiations.

Video. “We lacked food”: in Mariupol, a hundred civilians evacuated from the Azovstal steelworks

Ukrainian Deputy Prime Minister Iryna Vereshchuk made the same observation, referring to "negotiations with the enemy (which) are very difficult". “We are currently negotiating (the exfiltration) of 38 seriously injured fighters. We are advancing step by step. (…) There are no discussions at the moment for the release of 500 to 600 people”. The Ukrainian General Staff clarified in its daily morning statement on Saturday that the Russian army had continued “the blockade of our units near the Azovstal factory. It carried out large-scale artillery and air strikes.”

Sviatoslav Palamar, deputy commander of the Azov regiment, one of the Ukrainian formations fighting in Azovstal, appealed for help from the United States "to evacuate our wounded and (that they) mobilize all efforts to help extract of our regiment" of this encirclement. “There are nearly 600 wounded on Azovstal, the Russians continue to bombard the military hospital,” he testified from the factory. “We will resist as long as we can (…), if we hadn’t done it, this horde would go further”.

1 War in Ukraine: the G7 will never "recognize"... 2 NATO membership: the end of Finnish military neutrality... 3 Mohammed bin Zayed elected president of the Emirates... 4 With war in Ukraine: Hüther: Russia commits economic... 5 kyiv will win the war “before the end of the year”,... 6 Death of Shireen Abu Akleh: the UN Security Council... 7 “Hands off our bodies!” : in the United States,... 8 Texas court reauthorizes investigations targeting... 9 War in Ukraine: the “diplomatic” tone rises between... 10 War in Ukraine: disputed Serpents' Island, kyiv... 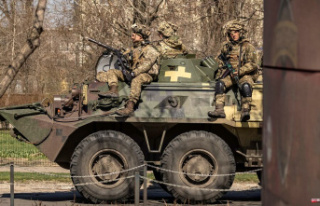 War in Ukraine: the G7 will never "recognize"...