War in Ukraine: disputed Serpents' Island, kyiv eases its curfew, land assault underway in Azovstal ... the point on the 79th day of fighting

On the 79th day of the Russian offensive in Ukraine, the fighting, which is more concentrated than ever in the east of the country, follows the meanders of the Severski Donets river, a particularly complicated terrain. 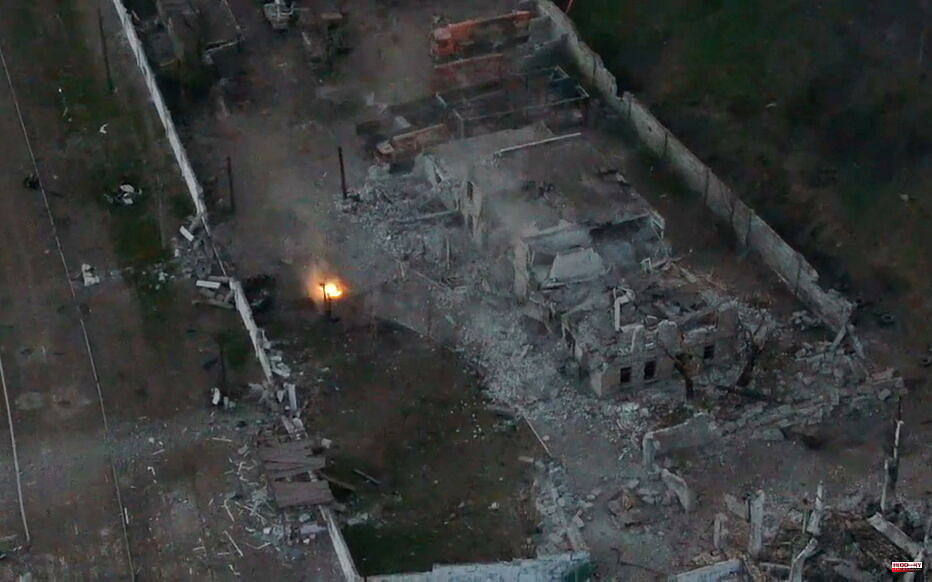 On the 79th day of the Russian offensive in Ukraine, the fighting, which is more concentrated than ever in the east of the country, follows the meanders of the Severski Donets river, a particularly complicated terrain. The Ukrainians destroy the bridges that span it to delay the advance of the Russian forces. In fact, foreign journalists were able to confirm that Ukraine regained control of the territory extending from the banks of the Donets to about 40 km east of Kharkiv. Despite this, Russian artillery continues to target the suburbs of Kharkiv.

The suburbs of Kharkiv still targeted

In the early morning of Friday, the mayor of Dergachiv announced that the house of culture, where humanitarian aid to civilians was stored and distributed, was destroyed by a Russian rocket. Although the Russian troops are retreating in Kharkiv, they continue to use their artillery in the suburbs of the second Ukrainian city. On Thursday evening, a Russian shell hit a hangar in the village of Shebelinka, killing three and injuring five. Ukrainian Deputy Minister of Internal Affairs Yevhen Yenin accused the Russian military of shooting at civilians from a tank.

While the Ukrainian Deputy Prime Minister still hopes to negotiate, with the help of the UN, the Red Cross and the mediation of Turkey, that the seriously injured Ukrainian soldiers can leave the Mariupol metallurgical complex, the Russian forces have launched this Friday morning a ground offensive on Azovstal between two bombardments.

This small strategic point in the Black Sea was discovered at the beginning of the conflict, when Ukrainian soldiers refused to give in to the Russians in foul terms. Ukraine claims to have damaged a Russian Navy logistics vessel near Serpents' Island: "Thanks to the actions of our sailors, the support ship Vsevolod Bobrov caught fire - it is one of the newest in the Russian fleet,” said Sergei Bratchuk, a spokesman for the Odessa regional military administration. Satellite images provided by US company Maxar show the aftermath of likely missile attacks on a Russian Serna-class landing craft near the island. The images also showed recent damage to buildings on the island. Ukraine will fight for the island “as long as necessary,” said Ukrainian military intelligence chief Kyrylo Budanov in an interview with Ukrainian television. According to him, "whoever controls the island can at any time block the movement of civilian ships in all directions towards southern Ukraine".

Read also "In Ukraine, it's not just the Wagner commando!" : an ex-mercenary tells the underside of the militia

The remote Black Sea island has been the scene of fresh fighting in recent days. It could become the center of a battle for control of the western Black Sea coast.

In Kyiv and the Kyiv region, Mayor Vitali Klitschko announced an easing of the curfew: from Sunday it will start at 11 p.m., one hour later than currently, and will extend until 5 hours of the morning. “Respect the curfew rules. And don't ignore the air raid signals! Because the threat of rocket attacks on kyiv remains,” he warned. The next day, the metro will start operating again from 6 a.m. to 10 p.m., and buses and trams until 10:30 p.m.

In Odessa, pro-Russians would be harassed

According to Russian forces, Ukrainian police in Odessa and Territorial Defense militiamen break into the homes of Odessa residents to seize any equipment capable of broadcasting Russian television channels. According to the Russian agency RIA Novosti, this measure is taken as the discontent of the local population is growing against kyiv, due to the worsening of living conditions and actions against pro-Russian citizens.

Will Turkey block Sweden and Finland from joining NATO?

The declaration casts a chill on a process supported so far by most NATO members and by the Secretary General of the Alliance, Jens Stoltenberg, ready to welcome Sweden and Finland "with open arms". Turkish President Recep Tayyip Erdogan has expressed his hostility to their joining NATO, at the risk of blocking the whole process which requires the unanimity of the members of the Atlantic Alliance. Sweden and Finland plan to talk with Turkey on Saturday. Washington is also working to "clarify Turkey's position".

In the meantime, Russia will suspend its electricity deliveries to Finland from Saturday. The Finnish electricity grid operator has assured that it can do without power imports from Russia. "We can manage with a little more imports from Sweden and Norway," Timo Kaukonen, an operations manager for operator Fingrid, told AFP on Friday. This week, a gas pipeline between Russia and Europe was stopped, deliveries fell by at least 40% in Germany.

1 An exchange of detainees between the American basketball... 2 After hate crimes in Buffalo: Biden declares war on... 3 Request for the evacuation of the fighters: women... 4 Women's French Cup: in Yzeure, the 38-year-old... 5 "I'm here for a long time", Tony Parker... 6 Drama in Rascasse-Kurve: Leclerc crashes millionenschweren... 7 PMU - Arrival of the quinté of Sunday May 15 at Longchamp:... 8 MotoGP: another failure for Quartararo and Zarco,... 9 Tennis: Gaël Monfils and Elina Svitolina await a... 10 Ligue 1: death of a Rennes supporter just before the... 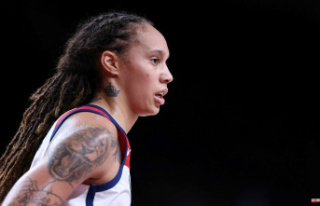 An exchange of detainees between the American basketball...