He defends his stay in Spain after having been investigated "reliably" and "beyond what is necessary". 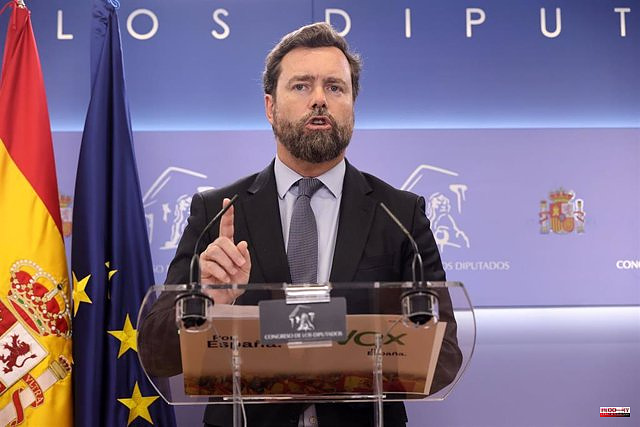 The spokesman for Vox in Congress, Iván Espinosa de los Monteros, has criticized United We Can for criticizing the return to Spain of the King Emeritus who was the one who "piloted" the democratic consensus of the 1978 Constitution that "allows some outlawed communists to 50 years ago" today they are in institutions "making a fool of themselves daily" and that allows them to be "critical from their ignorance" with a person who has had "exemplary" behavior.

The Vox parliamentarian has transferred that he sees the return of the emeritus with "absolute normality" and has pointed out that the strange thing is that he had to spend two years outside of Spain without knowing "very well why". "He has returned to his country, which is where he wants and can be as long as he wants and, therefore, with absolute naturalness and a little perplexity regarding the media hubbub that has been mounted on such a normal and natural thing", has insured.

Regarding the meeting with his son Felipe VI, scheduled for Monday in Madrid, Espinosa de los Monteros has indicated that they will see a father with his son, something that is "natural" in the rest of the country. "It doesn't have a major story, I don't understand this media interest," he added.

This has been expressed in an interview on TVE, collected by Europa Press, in which he has asserted that the Government is "enormously envious of the king" and that everything he does "is going to bother him." Thus, he has insisted that the President of the Executive, Pedro Sánchez, does not like to be next to the monarch because he "compares himself and it goes wrong."

In relation to the suitability of the visit and his participation in the Sanxenxo regattas, the Vox deputy has emphasized that an 84-year-old person "absolutely free" "can do whatever he wants." He has slipped, in this sense, that "there has been no punishable attitude" because he has been investigated "for a long time" and "much beyond what is necessary." "A person who has been reliably investigated for a long time and absolutely nothing has been found, I don't see what explanations he has to give, really," he added.

In addition, it has made the Government ugly that the State Attorney General's Office has prolonged the investigation "artificially" and even so "they have not found anything punishable." In this key, he has taken the opportunity to throw in the face of the Executive that "does not comply with the Constitution and should have resigned."

Finally, he has questioned that those who "enjoy much less popular support" criticize and ask for explanations from Juan Carlos I. "I would like to see the President of the Government or the leaders of Podemos walk down a street next to King Juan Carlos to see who is applauded and who is criticized," he concluded.

1 The City Council of Salobreña (Granada) reviews the... 2 Be careful on the rivers, advise the authorities 3 Urkullu denounces "the spurious use" of... 4 Norway: at least three injured, including one seriously,... 5 DIRECT. Kylian Mbappé: towards Real Madrid... His... 6 Carmen Calvo speaks of "great embarrassment"... 7 Congress of the PP in Madrid, live | Ayuso will appear... 8 Smart submits Miami: the Celtics even the series 9 iPhone 13: on sale at the best price before the sales 10 Rufián (ERC) on the return of the King Emeritus:... 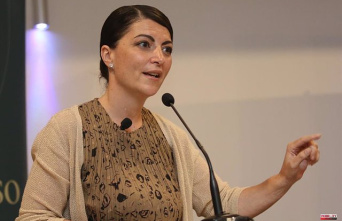 The City Council of Salobreña (Granada) reviews the...