Viveros 2022 concerts in Valencia: program of performances from Tuesday 5 to Sunday 10 July

The 2022 Viveros Concerts in Valencia will host this Tuesday, July 5, the first performance of an international artist with the presence of Cat Power. 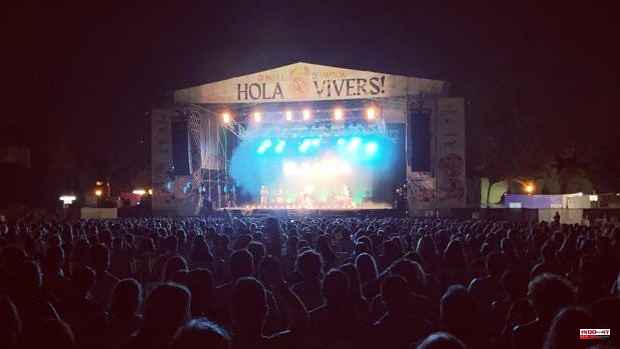 The 2022 Viveros Concerts in Valencia will host this Tuesday, July 5, the first performance of an international artist with the presence of Cat Power. After the first two musical evenings in the Jardines del Real, with live performances by artists such as Stay Homas, Suu or Los de Marras, the American vocalist will land in the capital of the Turia "as one of the most important figures in independent pop in the last decades”, highlights the organization in a statement.

Chan Marshall, artistically known as Cat Power, will take advantage of her presence at the festival this Tuesday to present the album 'Covers', released last January. The repertoire shows his particular reading of compositions popularized by Billie Holiday, Iggy Pop or Lana del Rey, among others.

As on previous occasions, the objective of Cat Power has been to imprint its particular style on the original work. In this way, she has expanded a career that began thirty years ago and that has traveled the paths of pop, folk, blues, soul and electronics.

That same night, Sandra Monfort will stage a show that fuses tradition and contemporaneity. Voice, guitar and programming are the elements of a proposal embodied in the album Niño Réptil Ángel that won the most important awards in the fourth edition of the Carles Santos Valencian Music Awards.

A day later, on Wednesday 6, the Viveros Concerts will hang the "all sold" sign with Leiva's visit. As happened in 2019, the tickets for the Madrid performance were sold a few days after going on sale. On this occasion, the singer and guitarist will present the album When you bite your lips, where he included fourteen compositions expressly written for the 14 singers who perform them (Natalia Lacunza, Zahara, Ximena Sariñana or Natalia Lafourcade).

In addition, he will recover the songs that have made him one of the artists with the most records sold in recent years. Another indisputable reference of Spanish music, the group La Oreja de Van Gogh, will perform at the festival on Thursday 7th.

In recent months, the formation has toured Latin America and the United States of America. Now, they resume their tour of Spain to perform the songs from their latest album, A whisper in the storm, and their great classics.

There are also no seats left for the concert that Zoo will perform on Friday the 8th, the only performance of the group in the city of Valencia this year. His mix of electronic music with rap, Latin rhythms and the power of wind instruments has made the public of the Valencian regions, the peninsula and abroad (United Kingdom, Germany, Japan) dance.

The Gandians will have the company of the pop-rock band Tenda and the punk-rock group Lisasinson. Saturday will see the long-awaited return of the Mallorcan Antònia Font, who said goodbye to the public at the end of 2013 after signing albums such as Alegria, Taxi or Batiscafo Katiuscas. The date in the Turia capital is one of the four that the group has confirmed for all of 2022.

The one in charge of opening the stage of the Jardines del Real that day will be Maria Jaume, one of the emerging voices of the Balearic music scene. Finally, the second weekend of July will close on Sunday the 10th with India Martínez. The Córdoba-born vocalist has triumphed with compositions full of femininity, strength and talent and a particular fusion of flamenco and pop.

Tickets for all Viveros Concerts shows are on sale at www.concertsdevivers.com.

1 A couple of businessmen arrested in Alicante for exploiting... 2 A "historic bullfighting fair" in Palencia... 3 Cs starts its refoundation with a listening process... 4 "Socialist fagots": homophobic graffiti... 5 Slovakia offers all its Mig 29 aircraft to Ukraine 6 At least one dead and eight injured after a shooting... 7 European citizens stockpile basic goods 8 Why is the 4th of July celebrated in the United States... 9 Germany considers offering tax-free payments to avoid... 10 More than a third of Spaniards have never heard of... 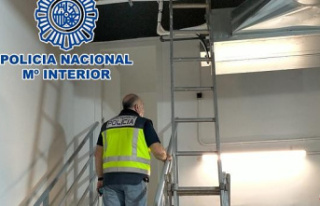 A couple of businessmen arrested in Alicante for exploiting...