Vitartis is committed to projecting the agri-food industry "thinking big"

“We do not want to forget where we come from”, nor miss “the opportunity to learn from what we have experienced”, but our gaze must “point to the future”. 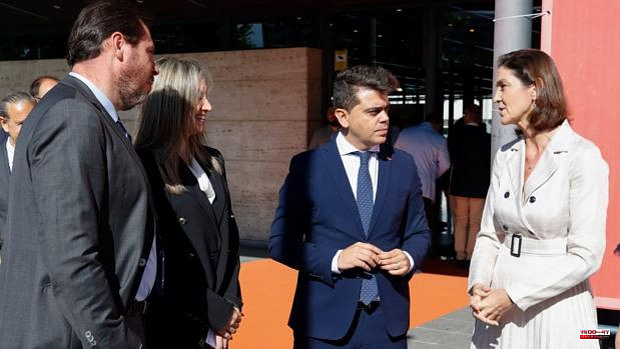 “We do not want to forget where we come from”, nor miss “the opportunity to learn from what we have experienced”, but our gaze must “point to the future”. With these words, the president of Vitartis, Pedro Ruiz, addressed the agents of the agri-food sector this Thursday, who after a few “complicated” years that must be projected “thinking big”, has indicated.

At the opening of the II Congress of the Food Industry, which is being held until tomorrow in the Auditorium of the Valladolid Fair, Ruiz highlighted how the sector is a "sign of identity" and one of "the great strengths" of the economy of Castilla and León and has opted for its potential as a "development engine" of the "Spain of opportunity" in relation to rural areas.

Facing that "future with purpose", as the motto of the second edition of the congress says, the president of Vitartis has called for unity. The “only way is for everyone together” to design those perspectives for a sector that “has always shown its face”, and especially in these “complicated” years of the pandemic.

Ruiz has been in charge of closing the inauguration in which the mayor of Valladolid, Óscar Puente, had preceded him in the word; the general director of Industry and the Agrifood Chain, María José González; and the Minister of Industry, Commerce and Tourism, Reyes Maroto, who has defended that "the agri-food industry is a priority".

With nearly 3,000 companies employing 47,000 workers, he recalled that it is the third most important industry at the national level and has called on the sector to take advantage of the "unique opportunity" offered by European funds. Along these lines, it has announced that in the month of June the first line of industrial value of the PERTE Agroalimentario will be launched, with a budget of 450 million euros of the 1,800 million that the program as a whole will mobilize.

1 Escalona will return to the Middle Ages from June... 2 The PSOE requests the disapproval of the Cortes to... 3 The Mossos denounce the inaction of the Interior in... 4 Caxton College stimulates art in its classrooms with... 5 The Generalitat tightens the protocols to ensure that... 6 Castilla-La Mancha is equipped with an "ambitious"... 7 The 'beaches' of Madrid Río are operational... 8 Eurocaja Rural and Toledo taxi drivers renew their... 9 The mayor of Alicante guarantees that the mascletás... 10 The Basque Country breaks its record of contributors 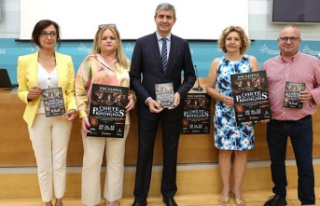 Escalona will return to the Middle Ages from June...