The researcher Luis Enjuanes has seen "absolutely essential" that it be vaccinated against the coronavirus intranasally, given that by intramuscular route it has a "short-term immunity", and it is the reason why, now, a fourth dose is necessary . 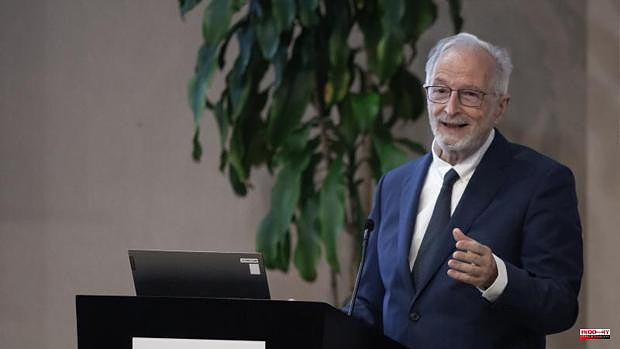 The researcher Luis Enjuanes has seen "absolutely essential" that it be vaccinated against the coronavirus intranasally, given that by intramuscular route it has a "short-term immunity", and it is the reason why, now, a fourth dose is necessary .

The head of the coronavirus Laboratory of the National Center for Biotechnology of the Higher Council for Scientific Research (CNB-CSIC) received in Logroño the '50 Riojas con Corazón' Award, from the Association of Sommeliers, for his research to obtain a vaccine against Covid -19 that would protect against reinfection and in which, he explained, "there is still a long way to go."

He has hoped that the supply of the flu vaccine intranasally, in countries like the United States, "will do a lot" for the virus vaccine to be supplied in this way.

Asked about the statements of the Minister of Health, Carolina Darias, in favor of a fourth dose of the vaccine against Covid, has considered it "correct" to do it "in an orderly manner with the population", starting with the risk groups.

"We must bear in mind that the vaccines that have been given so far are given intramuscularly," he explained, "and lose 99 percent of their effectiveness" because "it is a respiratory virus that enters through the nose" and " if it were taken by the correct route we would gain in efficiency». Likewise, he has related how, "simply administering them by respiratory route would increase the efficiency by a hundred."

In this sense, he has indicated that, in the most advanced countries, the flu vaccine is already being administered intranasally, and he has seen that this "will favor the approval of intranasal vaccines", which is, has insisted, "absolutely essential, because if we don't lose 99.9 percent of the power."

Hence, he said, “people who have been vaccinated three times have to be vaccinated a fourth; because immunity in respiratory mucous membranes we only have one percent left ».

To date, he has been "very grateful" for the fourth vaccination, although he has believed that it will have to be done "in an orderly manner", because "immunity against Omicron is already low because it has changed a lot", something to which the "short » immunity by supplying it intramuscularly.

He added that the immunity “that we have received goes against the Alpha, Beta, Gamma and Delta variants that are different from the Omicron”, which already has several different sub-lineages. The vaccines, he affirms, will have to be "dual" to protect against this variant, but also against the previous ones.

1 Toledo doctor David Dylan publishes 'In the silence... 2 CSIF affirms that 600 educational and sign language... 3 The new express reform to get control of the TC lands... 4 Mazón regrets that Puig "is very far from the... 5 The tow truck will remove vehicles parked in security... 6 Colau, relegated: The PSC will fight with ERC for... 7 The Ferrant Universe stays in the permanent Patio... 8 The Government rescues Celsa with 550 million, but... 9 Brussels endorses the disbursement to Spain of the... 10 Escrivá's latest offer for the 'in extremis'... 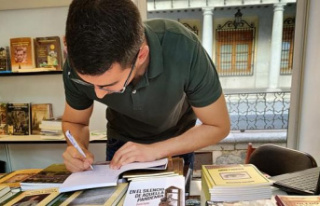