An embarrassing moment for Salva Kiir Mayardit, the President of South Sudan: During a ceremony to open a new road construction project in mid-December, he wet himself – live in front of the camera. 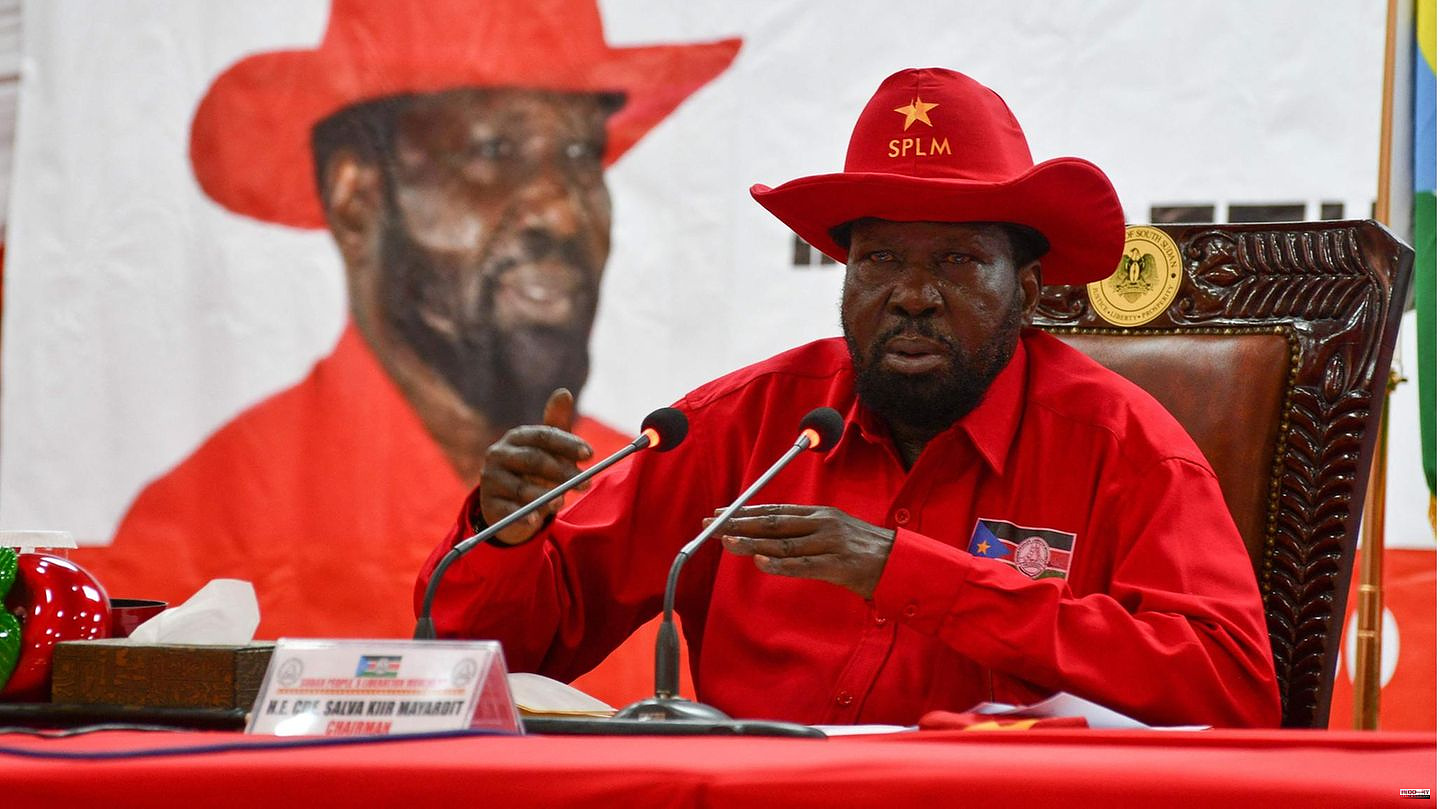 An embarrassing moment for Salva Kiir Mayardit, the President of South Sudan: During a ceremony to open a new road construction project in mid-December, he wet himself – live in front of the camera. When the national anthem is played, a spot is suddenly visible on his crotch. Then a pool of urine forms on his left foot.

Several media reported on the mishap, including the British newspapers "Daily Mail" and "Guardian" as well as the online medium "Sahara Reporters".

A video of the mishap circulated on social media. 71-year-old Salva Kiir looks down his leg, then the camera turns away:

According to Sahara Reporters, an online news outlet that says it "encourages citizen journalists to report on corruption and government abuses in Africa," the cause of the wetting was believed to be a urinary tract infection.

The reactions to the video varied on social networks, according to "Sahara Reporters". Some criticized the president, others the cameraman.

ANA cites former journalist and candidate for the East African Legislative Assembly, Bukyana Julius, in its report. In a Dec. 16 tweet, he wrote, "One by one, all the journalists covering the state event where the President peed Salva Kir (sic!) are missing and some are found dead."

He shared a photo on his account of a man apparently hanging himself from a ceiling fan. It is said to be a journalist who filmed how Salva Kiir peed her pants.

The photo of the allegedly hanged journalist was also circulated by South Sudan Liberty News, an apparently independent news site.

If you are having suicidal thoughts, you should talk to someone about them. You will find people around the clock who will listen to you – and who can help you – on the telephone counseling service. You can reach them free of charge on 0800/111 01 11 and 0800/111 02 22. Mail and chat advice is available at www.telefonseelsorge.de

However, this is false news, as the star was able to verify: The Nigerian news site "The Eagle Online" published the said photo in August 2022 with an article about a man's suicide. The site also shows a photo from a different perspective. Most likely, this news site's photo was used to spread the fake news of the dead cameraman.

However, security forces are said to have searched for the cameraman who filmed Salva Kiir's mishap. A reporter from state broadcaster SSBC told the independent Sudans Post that they were asked by the security forces at the President's Office to help identify the journalist.

"Some of our colleagues from SSBC were forced to help identify the culprit immediately after the video was released. They even searched our phones and appeared to be still looking for him," the SSBC journalist said.

The reporter said he heard that "three of the Juba-based journalists have disappeared." However, he could not confirm whether it was a rumor or not.

The South Sudanese journalists' association Union of Journalists of South Sudan denied the reports. In a December 17 letter, the association's president wrote that "at the moment" no journalists were detained or missing.

"We are in contact with the various security organs in the country and that is the information we have and we always check whether our colleagues are missing, arrested or detained," he told the Sudans Post.

South Sudan is ranked 128th out of 180 in the Press Freedom Index published by the non-governmental organization Reporters Without Borders. These often came from state security forces. Tolerance for criticism of the government and authorities is low, and censorship and self-censorship are rampant.

Due to this situation, according to the ANA news agency, many believe that this could be the reason why major media in South Sudan are not reporting on the allegedly missing journalists.

The Sudans Post also reports that journalists are working in fear. Journalists told the newspaper that the continued spread of rumors "raises fears" in them, which they say "could have a negative impact on the performance of their jobs". Another journalist described the situation of journalists in South Sudan as "unpredictable and dangerous".

South Sudan, which has been independent since 2011, has been led by a fragile transitional government led by President Salva Kiir and former rebel leader Riek Machar for a good two years. However, Salva Kiir has ruled continuously since independence from Sudan.

Salva Kiir's wetting has sparked speculation as to whether the 71-year-old is still fit for the post. According to the Reuters news agency, his SPLM party announced in early December that Salva Kiir would run for president in the 2024 elections. Politicians and lawyers from Uganda, Nigeria and Kenya have expressed concerns about Salva Kiir's long reign on social media, according to the Guardian.

Prominent Kenyan lawyer Esther Ang'awa wrote on Twitter: "I would have expected President Kiir to have resigned honorably by now for health reasons. But my critics say I'm an idealist and that's not how politics (I hear 'tyranny') works. "

The fledgling Republic of South Sudan has been plagued by instability since gaining independence. In 2013, a civil war broke out in the oil-rich and conflict-ridden country, killing thousands and fleeing millions. Despite a peace agreement five years ago, various armed groups continue to fight for influence.

According to the authorities, at least 60 people were killed in violent clashes a few days ago, including many women and children. Fighters from a youth militia are said to be responsible for this.

Poverty and natural disasters are also major problems for the country. From July to October 2020, floods caused severe devastation in parts of South Sudan. There is food insecurity due to the conflicts, extreme weather and the corona pandemic. The United Nations estimated in spring 2021 that 8.3 million people in South Sudan were in need of humanitarian assistance. This corresponds to around three quarters of the population. 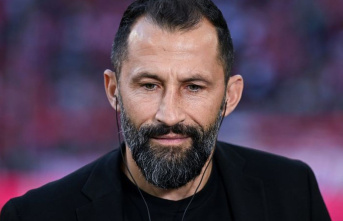