Vip, Vip Hooray!: Yeliz Koc does whatever she wants

Yeliz Koc makes a statement for more self-confidence, Jenny Elvers counters questions about her love life and Michelle Hunziker is said to be spending a "secret honeymoon" in Paris. 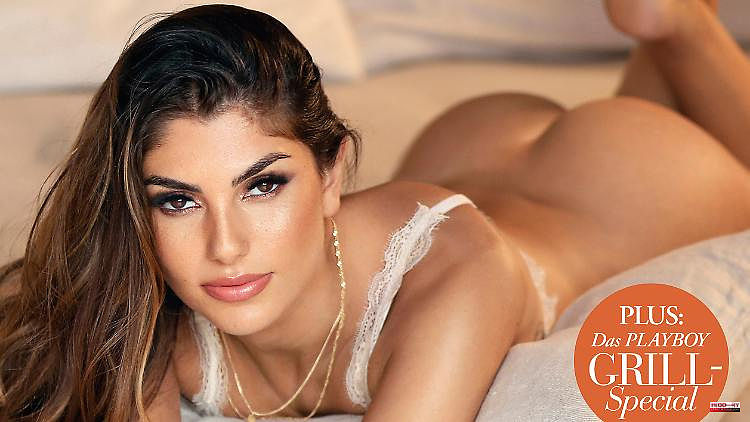 Yeliz Koc makes a statement for more self-confidence, Jenny Elvers counters questions about her love life and Michelle Hunziker is said to be spending a "secret honeymoon" in Paris. Vip, Vip Hooray! - the celebrity weekly recap is here!

"It doesn't matter what nationality you have, what country you come from - you should just do what you feel like doing (...). You shouldn't let anything be banned just because other people don't like it," says the TV personality Yeliz Koc, who became known in 2018, among other things, for having given the then "Bachelor" Daniel Völz a resounding slap in the face when she was thrown out.

Since then there have been headlines about the 28-year-old mother of a little daughter. Sometimes because the child's father, Jimi Blue Ochsenknecht, didn't pay any maintenance, sometimes because his mother Natascha was angry about some family internals that had been made public. Something is always, and so welcome to Vip, Vip Hooray! - our recap of Celebrity Week.

Yeliz Koc has recently stripped for Playboy. Which is primarily only her concern. But the better known you are, the more people (especially on the internet) will have an opinion about you. They like to impose their own moral concepts on people who are basically complete strangers.

There is no question: Koc is accountable to no one. Nevertheless, she also expects "bad news" on her revealing photos, as she says. "Of course there are always people who criticize me. Especially the Turkish side." For example, when she "posts a bikini photo or has a German friend". The half-Turkish says self-confidently: "I can create my own rules and set my own limits."

Speaking of limits: Christian-Oliver Moser, Boris Becker's lawyer, is currently showing his ex-wife Lilly Becker. In his opinion, this would give the impression of becoming the spokeswoman for the family, which is by no means the case: "The person who has been in complex divorce proceedings with my client for years and who, until recently, had no serious contact with the Becker family. A little restraint would be appropriate here."

Boris Becker, the fallen tennis legend, is currently serving a prison sentence and has to endure a lot of gloating. Some see it as satisfaction that a celebrity should not believe that he is above the law, others feel the punishment is too harsh - especially the 54-year-old's family.

Of course, this also includes his children, such as his son Amadeus, who now has to do without his father for a long time. Maybe his mother Lilly just wants to keep the family together and also be an emotional support for Becker's new partner Lilian de Carvalho Monteiro? The lawyer sees it differently: "My client's new girlfriend is old enough to speak for herself when it's appropriate. She doesn't need Lilly Becker for that."

Jenny Elvers is also old enough to speak for herself. Sometimes that means saying nothing at all. Especially about the current love rumors. Or should it rather be called: separation rumors? Is she still in a relationship with the musician Marc Terenzi or is the relationship already in a serious crisis?

It is rumored that the new love would not work in everyday life. In addition, the man who wrote trash TV history with his pithy sayings should not have been by her side on Elver's 50th birthday. After only four months, is it all over before it even really started? When asked about the rumors of the crisis, the actress said to the magazine "Bunte": "Don't look at every headline, there are only wrinkles, I've had enough of that, so headlines and wrinkles." In love or separated? Jenny is best doing what she thinks is best, which is listening to her heart.

She, too, has been living with wild speculation about her love life for years: the popular presenter Michelle Hunziker. Starting with her ex-partner, the Italian cuddly singer Eros Ramazzotti, with whom she has a daughter who is now grown up, to Tomaso Trussardi, with whom her marriage broke up in the seventh year who dared: headlines and rumors also roll over with her.

Everyone wants to know immediately when there is a man at Hunziker's side again. And when this new man is also the "Sexiest Doctor" in Italy, there is no stopping the paparazzi. Now there are very fresh pictures showing the 45-year-old with her new romance in Paris. The relationship is said to be stronger than expected. The Italian magazine "Chi" even reports of "secret honeymoons". Like Elvers, the presenter is silent and does not confirm any speculation about her relationship status. Which, of course, only makes the rumor mill boil even more. Until next week! 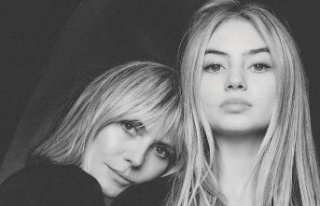