The disappearance of teenagers Jonathan Josué and Christian Rafael, aged 16 and 14, activated all alarms in Mexico last Friday. 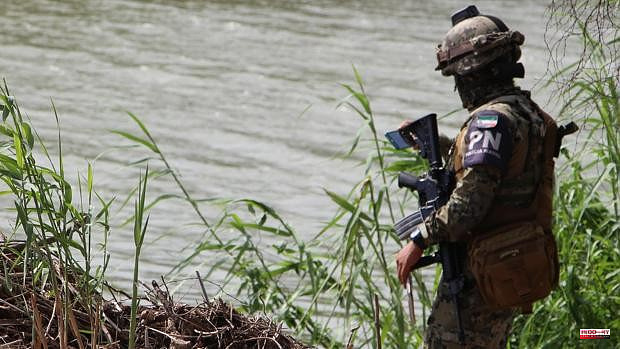 The disappearance of teenagers Jonathan Josué and Christian Rafael, aged 16 and 14, activated all alarms in Mexico last Friday. The two minors disappeared in Villa Álvarez, a town attached to Colima, the homonymous capital of the state that activated warning messages on television, radio and email, as required by protocol.

Jonathan and Christian were found dead after an anonymous report of the location of the bodies. The governor of Colima, Indira Vizcaíno Silva, belonging to Morena, the party of the president of Mexico, Andrés Manuel López Obrador (AMLO), expressed her condolences and "empathy for the anguish", demanding an arduous investigation from the Prosecutor's Office. The truth is that drama and despair looms over fourteen families every day, according to the Network for Children's Rights in Mexico (Redim), due to the disappearance of boys and girls between 0 and 17 years of age, who vanish without trace every day of the past year.

In the report, presented on April 18, the NGO documents that more than 82,000 minors have disappeared since 1964 and one in five remain unaccounted for. The tragedy is primed with women, they already account for two out of three registered minors. The unsolved murder on the outskirts of the industrial city of Monterrey by Debanhi Escobar recalls the drama caused by the 56 murdered so far in 2022 in the state of Nuevo León, where there are more than 300 missing persons. The figures are shocking: in Mexico, there were 3,751 women murdered in 2021, with impunity reaching 90 percent.

The Redim document urges the authorities to establish transparent information without errors, calls for a national campaign to prevent the victimization of those affected, give a differential focus to children and highlights the importance of a fingerprint registry.

The UN Committee against Enforced Disappearances (CED), which visited Mexico in April, provides one of the keys to reducing this scourge of violence: States are primarily responsible for preventing and avoiding any act of intimidation or retaliation. However, violence does not let up in Mexico, as confirmed by the statistics that focus on last Tuesday, May 24, considered the most violent day of the year and the second of the six-year term since AMLO came to power at the end of 2018. With 118 intentional homicides in the same day, it is only surpassed by December 1, 2019, in which there were 127 murders, when the record for violent deaths was reached a year after the inauguration of the Mexican president. May has exceeded three times more than 100 daily deaths, increasing the painful average of 82 violent deaths in 24 hours.

1 The vindication of water as a strategic good 2 Veganzones: "They want to implement ideological... 3 The A-5 in the direction of Madrid was cut due to... 4 She kills her neighbor in Zaragoza 21 years after... 5 Page exhibits his sympathy for Feijóo, praises his... 6 Nadal - Djokovic today, live: Roland Garros match,... 7 Why you have to prepare the skin before summer sun... 8 The Spanish Fashion Academy Foundation is born 9 Doña Letizia repeats fuchsia at the Book Fair 10 Practical guide to hit with sunglasses this season 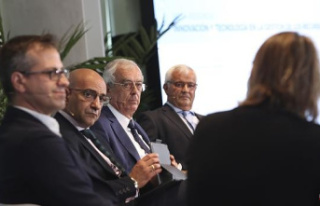