Vila-seca crime: 18 years in prison for stabbing to death the lover of his ex-wife

A couple that lasted 15 years and had three children. 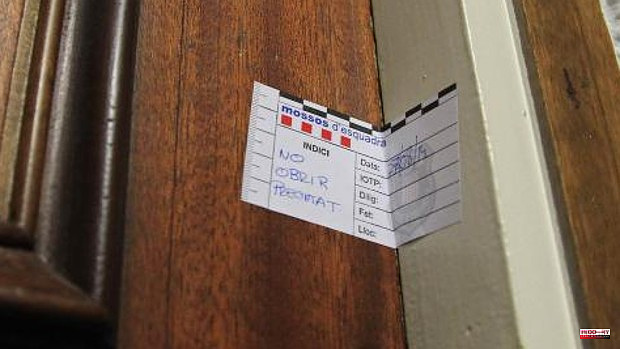 A couple that lasted 15 years and had three children. After the relationship deteriorated, she left the family home in Barcelona to a friend's house in Reus during the summer of 2020. Months before, the woman had started an idyll with a mutual friend of the marriage, 31 years old. They saw each other in her father's chalet in Vila-seca (Tarragona).

It was one of those days when the ex-husband discovered them, after seeing the lover's car, a Porsche Panamera, parked outside the house. From there, with his vehicle, he drove to a local sports store where he purchased two fishing knives, as well as latex gloves.

From the establishment he returned to the chalet, and there he waited inside his van until two in the morning.

It was August 27. He jumped the outer fence, entered the building - it was not locked -, and went up to the bedroom on the first floor with his gloves on and the two knives.

His ex-wife and lover slept naked on the bed. It was then that the man, Juan P.H. began stabbing him in the back, arms, chest, and abdomen. The victim managed to get out of bed, but his assailant continued to stab him further until he finally collapsed by the bedroom window, where he died minutes later.

It was then that the woman, A.D., woke up, and an argument began in which her ex-husband reproached her for her behavior. A few minutes later the Vila-seca Local Police arrived, but she, threatened by the man, told the agents that everything was in order, although she gestured towards the first floor.

Juan P. came down from there, without a shirt, who explained to the uniformed men that they had had a "couple argument" but, one of the policemen, distrusting the story, decided to go up to the first floor of the chalet, where he discovered the lover's body. . After that, the husband asked one of the agents: "How many years will I get?", and then they arrested him.

For the murder with treachery, the Tarragona Court has sentenced him to 17 and a half years in prison, to which another 10 months are added for breaking and entering. According to the proven facts of the ruling, dated May 31, Juan P. had taken care of the couple's three children, all minors, since the woman decided to leave the family home. He sent him several messages from her saying that her kids were asking about her, but he never answered. He begged her to come back from her. He was a consumer of cocaine and marijuana, but the sentence ruled out that none of these facts had affected his faculties. That is, rule out any extenuating circumstances.

In addition to the prison sentence, Juan P. will have to pay compensation of a total of 750,000 euros for moral damages to the children, the mother and the sister of the victim. He will also not be able to come within 500 meters of them for twenty years.

1 During crisis, Sri Lanka's president's brother... 2 Twice as many applications as you help in 24 hours:... 3 The PSOE calls Feijóo an "arsonist" after... 4 Advisors detect an increase in taxpayers who want... 5 Activists decry French retailer over Amazon deforestation... 6 Justiz's bitter farewell: "The doctors told... 7 Los del Río: "We don't care that VOX uses... 8 A judge denies the very precautionary measures that... 9 Alberto Valle wins the L'H Confidencial black... 10 The PP demands from the Board a solution to the deficiencies... 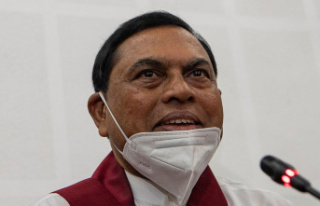