Ávila has become this Tuesday the first Spanish city to host a test of an autonomous vehicle. 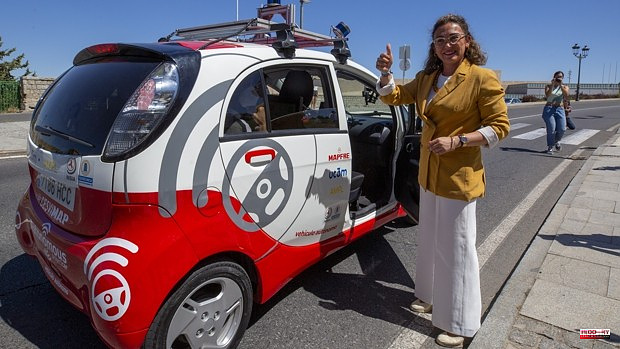 Cancer explained that they have been "collaborating for around four years with the Polytechnic University and the Carlos III University of Madrid in the development of this vehicle, which is a technological platform in which to test different types of sensors, different software and updated versions that allow your driving to be increasingly robust and better solve the different incidents that can occur on a day-to-day basis».

In fact, as he has pointed out, "it is a project that has no end, and we can go on perfecting and improving it for endless years, because in the end the casuistry that can be presented to an autonomous vehicle is almost infinite."

For this first test in a public space, the section of Madrid Avenue between the Puente Adaja roundabout and the Ronda Vieja roundabout has been chosen, a route that took approximately three minutes to complete (with a maximum speed of did not reach 30 kilometers per hour) and which included the casuistry of a person waiting to cross a pedestrian crossing.

Being a level 4 vehicle, with a steering wheel and pedals, the pilot traveled "because he is not prepared to move in any circumstance", in case he had to take control at a given moment, which was not necessary. Another technician was also traveling in the rear seats to control any contingency, but the different trips that were made, starting with that of the Mobility counselor, were carried out successfully and without any problem. The traffic zone had been previously mapped and the speed had been limited for the tests, and the vehicle circulated with total autonomy making round trips between both roundabouts, adapting the speed to those sections and stopping in the presence of people in the crosswalks.

Cancer has stressed that his "duty is to anticipate and try to work on the recognition of possible things that arise, and see if there are better sensors, better graphic charts, better ways to train and program the algorithm so that when these vehicles are in the street are really safe.

However, he acknowledged that "it is difficult to diagnose when the autonomous car will be on the streets", but, he added, "it is true that in the face of the global autonomous vehicle that can move anywhere, in any circumstance, what we are going to to see more and more are niche vehicles, for niche uses, in niche environments that can be one hundred percent autonomous». He thus indicated that Mapfre has been insuring a minibus for tourist transport in the Timanfaya natural park, in the Canary Islands, which always completes the same route, "without any notable problem in all this time."

For her part, the Minister of Mobility and Digital Transformation, María González Corral, stated that "here today our history is going to unite with the future", and praised Cesvimap's commitment to "Castilla y León and the province of Avila”. González Corral insisted that "we seek digital citizenship, with digital skills, intelligent rural territories and that we can all make use of digital transformation and connectivity".

For his part, the mayor of Ávila, Jesús Manuel Sánchez Cabrera, boasted of the fact that Ávila was “the first city in Spain, and one of the first in the world, to host the circulation of an autonomous car prototype” , and thanked Cesvimap for having chosen the capital of Ávila for this test.

1 Catalonia asks for a rational use of primary care... 2 The murder of Juan de Dios for a possible revenge:... 3 He kept an anti-tank rocket under his bed. 4 The alleged murderer of Marta Calvo contacted more... 5 Fifty dead after a fire caused during a riot in a... 6 The six decisions that will come out of the NATO summit 7 How to calculate if I have been paid well the extra... 8 XV Edition of the Vela Clàssica de Barcelona with... 9 Fernando and Carlos Flethes, great favorites among... 10 Iceta reiterates that it will not authorize the transfer... 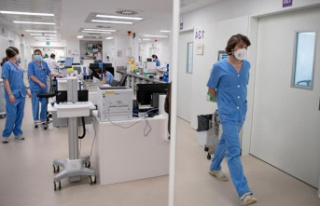 Catalonia asks for a rational use of primary care...