Videos. Cannes: A kiss between Lindon & Bouquet thanks to the donkeys... The bizarre sequences of the closing ceremonies

Vincent Lindon, the president of the jury, kisses Carole Bouquet on her mouth. 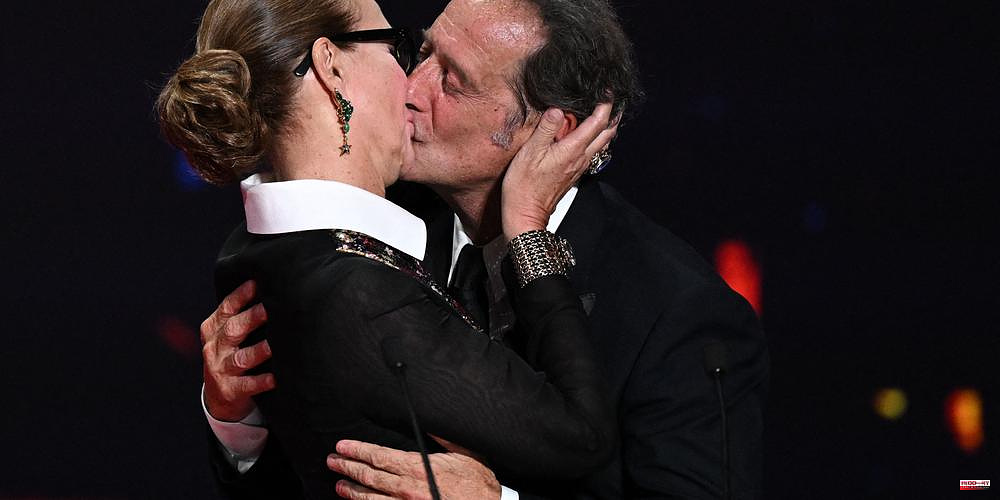 Vincent Lindon, the president of the jury, kisses Carole Bouquet on her mouth. Jerzy Skolimowski, the Polish director, thanks the donkeys. The closing ceremony at the 75th Cannes Film Festival was full of unexpected sequences.

Carole Bouquet, a French actress, intervened to present the 75th edition of a special prize. She took this opportunity to kiss President Vincent Lindon on the lips. It was like a movie kiss. Vincent Lindon suggested to Carole Bouquet that she stay on stage after Jean-Pierre and Luc Dardenne presented the trophy. "To get another hug?" Virginie Efira, the mistress of ceremonies, asked. "Jealous!" Carole Bouquet shouted as she left.

Virginie Efira, the mistress of ceremonies, set the tone for an event where humor was a welcome addition to the emotional moments. The 75th Cannes Film Festival was drawing to a close when the actress spoke out, stating that it was time to "return the jewels" and "return the false eyelashes". To laughter from the audience, she said that "from tomorrow, the elderly in Cannes will really appear like old people." She was referring to the parade often ageless actresses or actors on the red carpet over the past fortnight. .

"I thought it were my jury, but I was wrong," said Vincent Lindon, French president, during the opening speech of the closing ceremony. The comedian spun the political metaphor, pointing out that to be "president only once, for 10 days", it was too short. And to ask Thierry Fremaux (general manager of the festival), "unanimously" for the renewal of the latter. "Four years more!" ("Four more Years!") To laughter from the crowd, he chanted for his presidency's renewal.

The most bizarre acceptance speech resulted from the jury prize given to "EO(Hi-Han)," Jerzy Skolimowski. It was tied with "Les Huit Montagnes", Charlotte Vandermeersch, and Felix van Groeningen. This film, which depicts the wanderings and madness of a donkey who falls prey to the madnesses of men, was an iconoclastic one. "I want to thank my donkeys launched by the Polish filmmaker who so graciously welcomed the six animals that took turns depending on which scene they were to portray the main character.

Jean-Pierre Dardenne and Luc Dardenne were honoured by their 75th edition prize in "Tori et Lokita". They had already been crowned with two Palmes d'Or and have a reputation for being humanists and socially responsible filmmakers. "During the preparation of our film in January 2020, a Besancon baker went on a hunger strike for 12 consecutive days to ensure that we didn't expel his apprentice, an African from Guinea. That was amazing and we dedicate our film to him, Monsieur (Stephane), Ravacley de Besancon."

"Cinema, the expression of the director, cinema long live to the director" began Nicolas Winding Refn ("Drive") who was invited to present the Directing Award. He read his speech from his phone and handed it over. He was pleased with the jury's selection, South Korean Park Chanwook, who was awarded for "Decision not to leave". Nicolas Winding Refn said, "That's really cool."

1 Legislative in Lot-et-Garonne - 3rd Constituency:... 2 Europe points out the lack of involvement of cities... 3 Goirigolzarri points to Francisco González and Ángel... 4 Two men killed a woman as they fled a police check... 5 Incidents at Stade de France: Darmanin denounces "massive... 6 The province of Alicante receives 100,000 fans in... 7 Arrested a trucker who was seven times the allowed... 8 Why the war in Ukraine may spell the end of helicopters 9 On Friday, June 17, Mimizan will show flamenco and... 10 A man is arrested for assaulting his ex-wife and her... 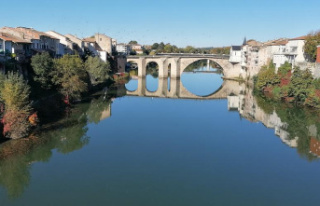