Despite the fact that the first estimates of the Parisian press came to give a slight advantage to the left-wing coalition led by Jean-Luc Mélenchon, finally the official results provided by the Ministry of the Interior granted victory this morning in the first round of the elections French legislative elections to the center-right coalition close to Emmanuel Macron. 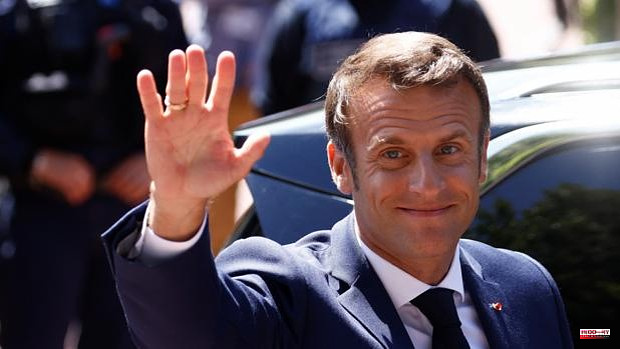 Despite the fact that the first estimates of the Parisian press came to give a slight advantage to the left-wing coalition led by Jean-Luc Mélenchon, finally the official results provided by the Ministry of the Interior granted victory this morning in the first round of the elections French legislative elections to the center-right coalition close to Emmanuel Macron.

Barely ten hundredths have separated Renacimiento, the platform of the President of the Republic (25.75 of the votes) from the leftist coalition, which advances to 25.65 of the votes. In any case, these results are an exceptional bombshell in the political history of the Fifth Republic. A radical transformation of the traditional political balances, since the main opposition force in the Assembly will be a coalition dominated by La Francia Insumisa (LFI, populist extreme left).

The PS is overshadowed and partially 'invisible' in NUPES. The new majority left is anti-European and anti-Atlantic Alliance. Europeanist socialism disappears.

For its part, Renaissance, Macron's party, and his coalition of formations of the presidential majority, Together, suffer a significant setback, which will have to be calibrated in all its dimensions in the second and final round next Sunday.

Agrupación Nacional (far right), Marine Le Pen's party, has achieved 18.68%, followed by Los Republicanos (LR, traditional right) with 11.29%, and Reconquista (far right) with 4.24%. Éric Zemmour, leader of this formation, was eliminated in the first round; his defeat opens a significant crack in the extreme right, divided and confronted. Six other small groups of diverse leftists, extreme leftists, independent ecologists oscillate between 1 and 3%. The historical abstention rate of 52.5% may aggravate the underlying political tension between the three great families that today dominate the national scene.

In any case, the translation to seats would favor Macron. According to BFMTV, the president's coalition could win between 270 and 310 deputies, between a simple majority and an absolute majority (289 deputies). According to 'Le Monde', the victory of the 'Macronians' in the second round would be more modest, and could be between 255 and 295 deputies. NUPES would get between 150 and 170 or 190 and 220 deputies, according to BFMTV and 'Le Monde'. A spectacular irruption of the extreme left in the National Assembly. A spectacular swerve for France and Europe.

The extreme right of Marine Le Pen could get between 15 and 30 deputies next Sunday. An important entry, but more modest than expected. The traditional right of the Republicans would be reduced to 33 to 53 deputies, aspiring to become a wild card of the party and the coalition of Emmanuel Macron.

These provisional results, to qualify, are an exceptional bombshell in the political history of the Fifth Republic. A radical transformation of traditional political balances. Taking refuge in the Elysee, where the election day continued, Macron did not react personally to the first results. Mélenchon and Le Pen, on the other hand, reacted in an 'apocalyptic' way. From his electoral fiefdom in Hénin-Beaumont (North), Le Pen stated: “Our party has made progress. But we are victims of a catastrophic electoral system. France needs many deputies of our sensitivity, to be able to fight the destroyers of the homeland, from above, Macron, and from below, Mélenchon.

For his part, Mélenchon, the leader of NUPES, reacted cautiously, confirming a program of frontal rupture against Macron, if his coalition wins on Sunday, June 19: «We have won the first round. To win the second, it is necessary for a popular wave to take place at the polls to reject the disastrous policies and projects of the majority of Mr. Macron. We will impose our program in the National Assembly and in the streets».

1 Mireya Arnedillo: «The difficulty of the record is... 2 How to reapply photoprotection on top of makeup 3 Would you know how to distinguish a melva from a bonito?... 4 Canal de Isabel II generates 87% of the electricity... 5 More than 600 dead and 1,250 injured, the result of... 6 Jermell Charlo to Brian Castano prediction odds, picks:... 7 The responsible consumer tries to resist the hurricane... 8 On-site technology to reduce workplace accidents 9 Dance without leaving home... and with your own rhythm 10 High-rise innovation to see the forest as a great... 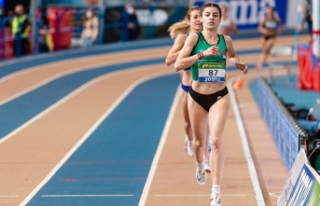 Mireya Arnedillo: «The difficulty of the record is...