The Catholic Church and many believers around the world commemorate Pope Emeritus Benedict XVI. 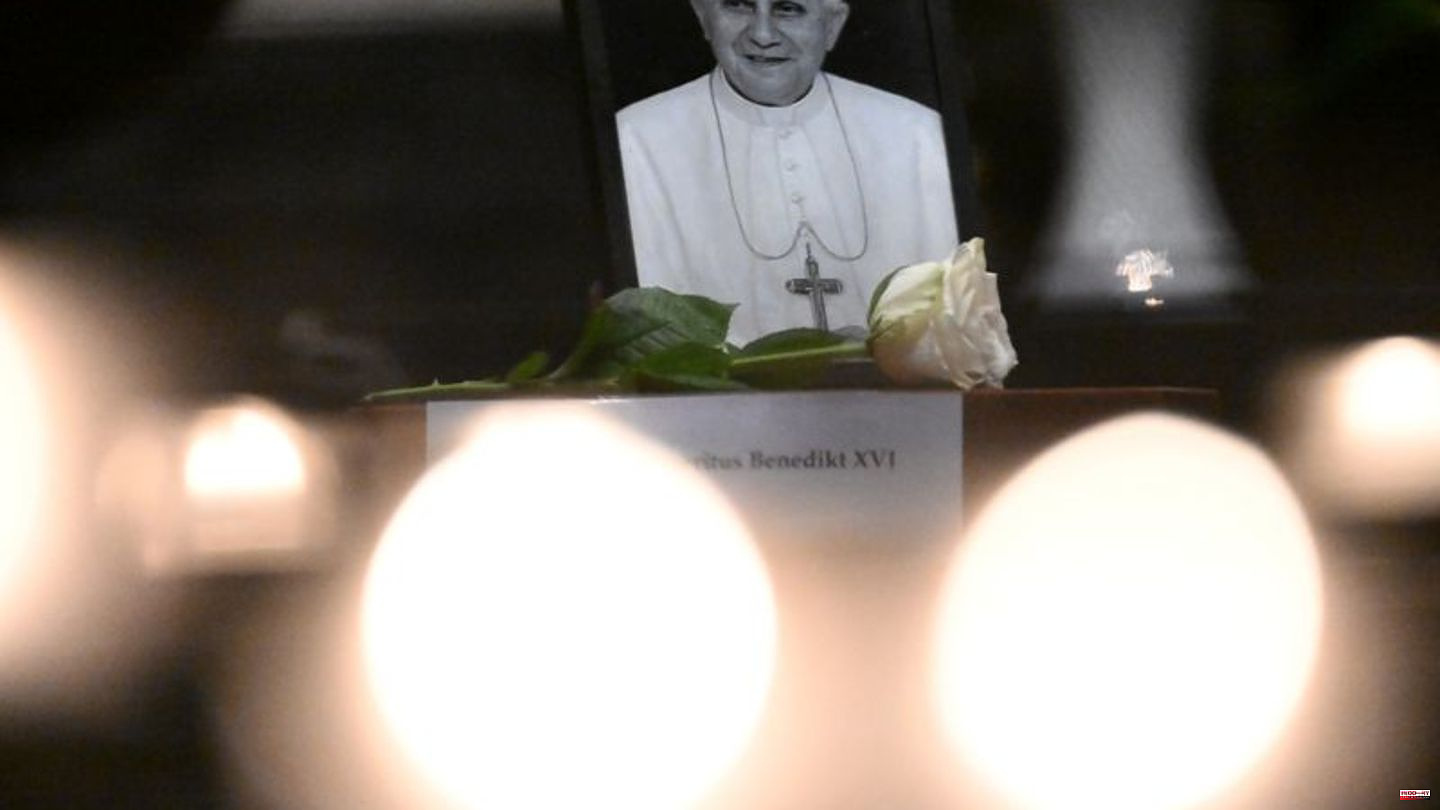 The Catholic Church and many believers around the world commemorate Pope Emeritus Benedict XVI. The former pontiff, who died on New Year's Eve morning, was a "so noble, so gentle person" and a gift for the church, Pope Francis said on Saturday evening about his predecessor. While he, as head of the Catholic Church, is ringing in the year with a mass on New Year's Day, preparations for the funeral ceremonies and Benedict's burial are already underway in the Vatican.

On Sunday, the remains of the native of Bavaria will still be kept in the Mater Ecclesiae monastery, which he had lived in since 2013 and where he now died, before they come to St. Peter's Basilica. Benedict is laid out there from Monday to Wednesday. On Thursday, the funeral service will follow in St. Peter's Square and the burial alongside other popes in the crypt below St. Peter's Basilica.

Up to 60,000 visitors are expected in Rome for the requiem on Thursday. From Monday to Wednesday, up to 35,000 believers should come to St. Peter's Basilica every day. The funeral services for Pope John Paul II had completely different dimensions in 2005: at that time several million pilgrims in Rome wanted to be there. Benedict himself wished for modest celebrations.

Politicians and clergy around the world commemorated the man who was Pope from 2005 to 2013 after more than two decades at the head of the powerful Congregation for the Doctrine of the Faith. "Pope Benedict XVI will go down in history as one of the great thinkers of our age and as the scholar pope on the Cathedra Petri," said Cardinal Gerhard Ludwig Müller of the German Press Agency. Cardinal Reinhard Marx, Archbishop of Munich and Freising, praised him as a "identification figure".

Joseph Ratzinger, as his real name was, was born in Upper Bavaria and was elected Pope on April 19, 2005 as the successor to John Paul II - the first German in about 480 years. During his pontificate, Benedict continued the conservative course of his predecessor. He resisted modernizing the church, which brought him a lot of criticism. His tenure was overshadowed by the abuse scandal that plunged the Catholic Church into a deep crisis. In 2013, Benedict caused a stir by becoming the first pope to resign voluntarily in more than 700 years. He was succeeded by Argentine Jorge Bergoglio as Pope Francis. Since then, Benedict has lived in seclusion in the Mater Ecclesiae monastery.

The chairman of the German Bishops' Conference, Georg Bätzing, recalled the reactions in Germany to Ratzinger's election on Saturday evening in the program "ZDF spezial": "The enthusiasm was huge that after centuries a German pope had become again." This enthusiasm has ebbed away over time. "Because we didn't make it easy for ourselves as compatriots with this pope, even when he was prefect of the Congregation for the Doctrine of the Faith. And Pope Benedict didn't make it easy for us either by preaching the gospel - whether it was convenient or inconvenient."

Merkel on Benedict: contentious and important

Former Chancellor Angela Merkel called Benedict "one of the most controversial and important religious thinkers of our time". The British King Charles III. emphasized his commitment "to peace and goodwill for all people". US President Joe Biden said Benedict would be "remembered as a distinguished theologian who dedicated a lifetime to serving the Church, guided by principles and faith."

"Pope Benedict's role in modern church history was unique, and his work, especially in Bavaria, was profound," said Charlotte Knobloch, former chairwoman of the Central Council of Jews in Germany. "His tracks will be recognizable for a long time, and he himself will not be forgotten."

Candles were lit for Benedikt in many places in Germany, for example in his home town of Marktl am Inn and in Cologne Cathedral. From Monday a book of condolences will be available in the Apostolic Nunciature in Berlin. Mourners could register, the German Bishops' Conference announced on Saturday in Bonn.

After Benedikt had been physically weaker and weaker for many months and was finally hardly able to speak, his condition continued to deteriorate over the Christmas period. He then died on Saturday morning in the Mater Ecclesiae Monastery in the Vatican Gardens. Apparently he fell asleep peacefully.

His last words were "Jesus, I love you," reported the Argentine newspaper "La Nación", citing informed sources. Benedict's private secretary Georg Gänswein informed Pope Francis immediately after his death, as the newspaper, which is usually well informed about the incumbent pontiff, continued to write. The 86-year-old Argentine was ten minutes later in Benedict's monastery and prayed there in silence on his lifeless body. 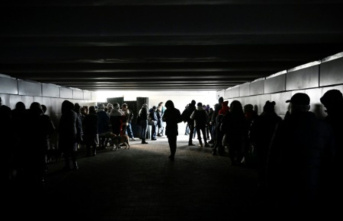 Russia will continue airstrikes on Ukraine in the...