Van Bronckhorst: "The final will only be beautiful if we win" 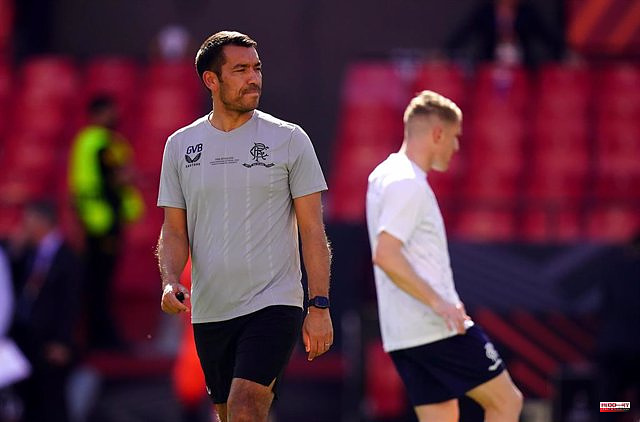 The Rangers coach, Giovanni van Bronckhorst, stated that the Europa League final that they will play this Wednesday against Eintracht "will only be beautiful" if they manage to win it and highlighted his opponent's great journey to reach the Ramón Sánchez-Pizjuán, the scene of the last battle in the second continental competition.

"It's incredible that we have the opportunity to win a second European title for Rangers, so we have a lot of motivation to win this final. For me as a coach it would be incredible," Van Bronckhorst acknowledged in the pre-match press conference.

"Obviously there's a lot more attention in a match like this, but that's what it takes to play a final where you have a chance of winning a cup. We have to make sure we stay focused on playing our game and that won't be any different, it will be eleven eleven in the field," he recalled.

"You need some pressure to perform at your highest level and that's what we have to do tomorrow," snapped the Scots coach, who was very grateful for the support of the 100,000 Rangers fans who have traveled to Seville. "They travel with us wherever we go. They give us a lot of energy and tomorrow will be no different," he said.

"I hope we can give them reasons to cheer. I have full confidence in our team and I hope it will be a very exciting game. The atmosphere is very good and we are very excited to play this final. We have prepared very well and we have had a great day. more preparation in Glasgow. We are ready for tomorrow," he said.

Asked about his experience in finals, the Rangers coach recalled that he won "five titles in four years at Feyenoord, but this is different." "It's a club where I played for three years in the 1990s and I'm proud to take the boys to the final. It's a great opportunity to win a second big title in Europe. We've had an incredible European campaign and it will be a great final. However, the final is only beautiful when you win", he added.

About Eintracht he said that it has "many similarities with Dortmund and Leipzig". "They are very well organized and play with the same system as Leipzig, they are quick in transition and can be very dangerous. They deserve to be in the final because of those great performances against Barcelona and West Ham. They are also here because they deserve it We are two clubs with a lot of history and great fans, so it will be exciting," he assured.

"We can't play like we did against Leipzig in Germany, we have to play like we played at home. We'll play to our strengths, which gives us more chances to win. We'll find the right balance to play the way we want." suits us," concluded Van Bronckhorst.

1 Girmay, to the hospital after hitting the cork of... 2 Faced with the shortage in the United States, Nestlé... 3 Flying over the youngest coast in Spain 4 Pipi Estrada reveals her most intimate secret: she... 5 Ander Mirambell, the pioneer of the Spanish skeleton,... 6 In hospitals under the rule of pro-Russian separatists 7 Pedro Sánchez faces questions in Congress about Pegasus... 8 Gamarra says that Sánchez knew in 2019 that the CNI... 9 The largest network of travel agencies in Spain, Ávoris,... 10 The Government will respond "solidarity"... 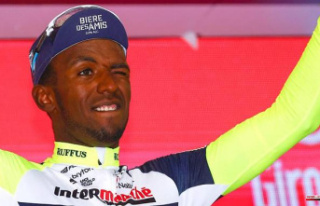 Girmay, to the hospital after hitting the cork of...