Valerie Pecresse has reached her goal: She has received donations to reimburse her campaign.

Valerie Pecresse, former presidential candidate of LR, has fulfilled her appeal for donations and raised the 5.

Valerie Pecresse, former presidential candidate of LR, has fulfilled her appeal for donations and raised the 5.1 million euros required to close the gap left by her crushing loss in the first round.

Valerie Pecresse had until May 31st to raise the funds. She received donations of 3.3 million euros from individuals, according to this source.

Les Republicains contributed 1.2 million euros, and 600,000 euros were paid by the State due to its score below 5%. This allows for reimbursement of expenses. country.

She summarized, "Objective achieved, call for donations closed, and reimbursement of campaign expenses too."

Valerie Pecresse had only received 4.78% of votes in round one of the presidential election. She had "Personally owed up to 5 millions euros"

After her defeat, she had launched an appeal for donations. She then relaunched the appeal by calling on "those who share her convictions" as well as those who, "for fear or extremes", chose to vote in the second round.

Nicolas Sarkozy, a former head of state, did not support her during her campaign and made a donation for her of 2,000 euros, which was refused by her.

She doesn't ask for charity but friendship and solidarity. People around her said she is a woman of honor.

1 Bordeaux Metropole opens a Call for Projects to Bring... 2 Gourville, the spring colorists for award-winning... 3 The representative of Neurona Consulting in Spain... 4 Bruno Le Maire: Energy prices: There is no catch-up... 5 Possible case of monkeypox in Castilla y León 6 Ligue 1: The main events in the stands that shaped... 7 They suspend the Vigo contract in which they were... 8 El Toboso begins the festivities in honor of the Christ... 9 Soccer. Mercato: Lewandowski opens the showdown against... 10 Fourteen young men were sentenced to prison for defaming... 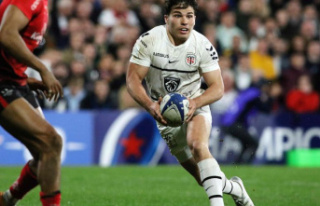 Bordeaux Metropole opens a Call for Projects to Bring...