It was the year 1321 when King Jaime II concentrated more than 200 prostitutes in a gigantic brothel located within the walls of Valencia for more than three centuries. 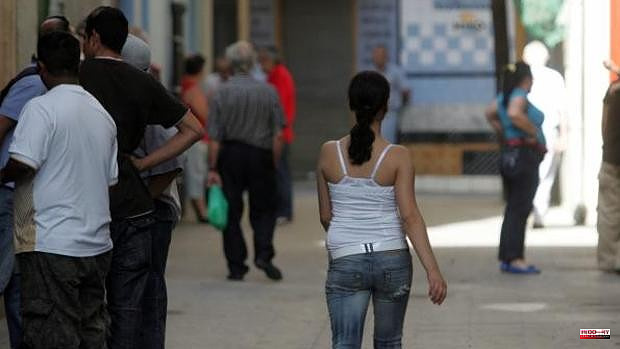 It was the year 1321 when King Jaime II concentrated more than 200 prostitutes in a gigantic brothel located within the walls of Valencia for more than three centuries. A pharaonic project popular in medieval Europe, which is diametrically far from the condition of an abolitionist city that has welcomed the capital of the Turia, which currently stands as the main standard-bearer in the fight against prostitution in Spain.

"Valencia will be one of the first cities to pass an abolitionist ordinance and, therefore, become a protector of the most vulnerable women", said the deputy mayor Sandra Gómez during the first forum on the abolition of prostitution organized in the 'Cap i Casal'.

The Valencia City Council has initiated the administrative procedure to draft a new ordinance to replace the 2013 one, with the aim of combating "new, less visible forms of prostitution", such as the one that takes place in private flats.

According to the Councilor for Citizen Protection, Aarón Cano, "this battle must be seen from different spheres with a global point of view", which also includes modifications in the regulation of Activities and Public Space. "We must know what administrative tools we have and what we can do against those brothels that look like hotels," said the mayor, who added that "we are not fighting against incompetent people, so we have to face this fight with all our weapons and in a determined manner.

While the municipal government formed by Compromís and PSPV-PSOE exhibits a meeting point in the abolitionist conception, the regional Executive -composed of said formations plus Podemos-, does not quite tune in to the arguments of the Minister of Justice, Gabriela Bravo, and of the head of Equality, Mónica Oltra.

While Bravo defends a position similar to that adopted by the Valencia City Council, Oltra questions the strategy of his government partner, considering that to eradicate prostitution "more than a punitive policy is needed" and that he described it as proposals "of broad brush". In addition, she considered it "profound stupidity" to face regulation and abolition when the second "is a regulatory framework."

In the case of the Consistory led by Joan Ribó (Compromís), these discrepancies do not seem to have arisen between the two left-wing formations as they have between two ministers who have maintained a high-voltage relationship for years. On the contrary, the deputy mayor Sandra Gómez clarifies that "you cannot be progressive and defend that pimping is a kind of free enterprise, that they are entrepreneurs who must be normalized or whitened, or that the whorehouses are consumers who have rights " .

Likewise, the socialist mayor has argued that prostitution "is not sex work in which there is an employment contract with freedom of enterprise and consent", because "in reality, it is a way of taking advantage of poor, vulnerable and migrant women" . For this reason, she asks for a "powerful reform" of the Penal Code that penetrates "all the faces of pimping."

A debate that reached the Congress of Deputies last week, where the processing of the law that includes the modification of article 187 of the Penal Code was approved so that pimping is "generally punished without requiring an exploitation relationship."

A relentless stance against prostitution that contrasts with what is reported in the medieval history books of the capital of the Turia, because in the 14th century Valencia housed the largest and most well-known brothel in all of Europe. After recovering the city from Islam, King Jaime II forbade the prostitutes from working in the street and offered them the possibility of “dancing in the place where they are already authorized to be”, according to the documentation of the historian Manuel Carboneres.

A place close to the current neighborhoods of Roteros, Morería and La Pobla where a community led by a Regent was arranged, which remained active for more than three centuries until in 1651 the archbishop and viceroy of the city, Fray Pedro de Urbina , closed the brothel so that the women "went to serve or be in their homes" if they did not want to be expelled from Valencia in ten days.

«In the few days that the troops of Archduke Carlos, Felipe V's rival, were in Madrid, they left more than 2,000 men suffering from venereal disease in hospitals! Great proof that it is not enough to remove a vice by means of a decree, when, like the present one, it is based on our weak nature! », Carboneres collected in his writings about the « bad idea »of closing the brothel.

It was not a building as such, but several streets where different hostels were built where the prostitutes waited who had to receive the license from the Criminal Justice to rent a room in the multiple hostels or homes of the hostelers of the mancebía.

A traveler stated at the beginning of the 16th century that he counted "between 200 and 300 prostitutes" in the brothel, in which they came from various parts of Spain and professed different religions, since relations between people with different beliefs were prohibited. The authorities even controlled that the prostitutes did not work before mass on Sundays, as well as during Holy Week.

1 The Diputación de Alicante and the NGOs detail the... 2 What role does Russia have in the crisis between Spain... 3 Bitcoin sinks more than 10% after the 'corralito'... 4 The Adlib Ibiza catwalk celebrates its 51st edition... 5 Opera air bridge: the Teatro Real and the Liceo create... 6 North Korea's Kim pushes for inner unity, Kim... 7 Due to knee pain, Pope leaves annual procession 8 Cuenca Now will take the Government's decision... 9 Alicante Provincial Council highlights Crevillent... 10 Zaplana appeals his prosecution in the Erial case... 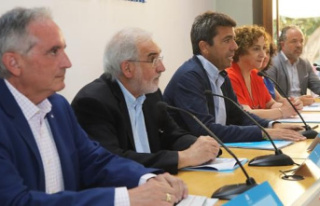 The Diputación de Alicante and the NGOs detail the...